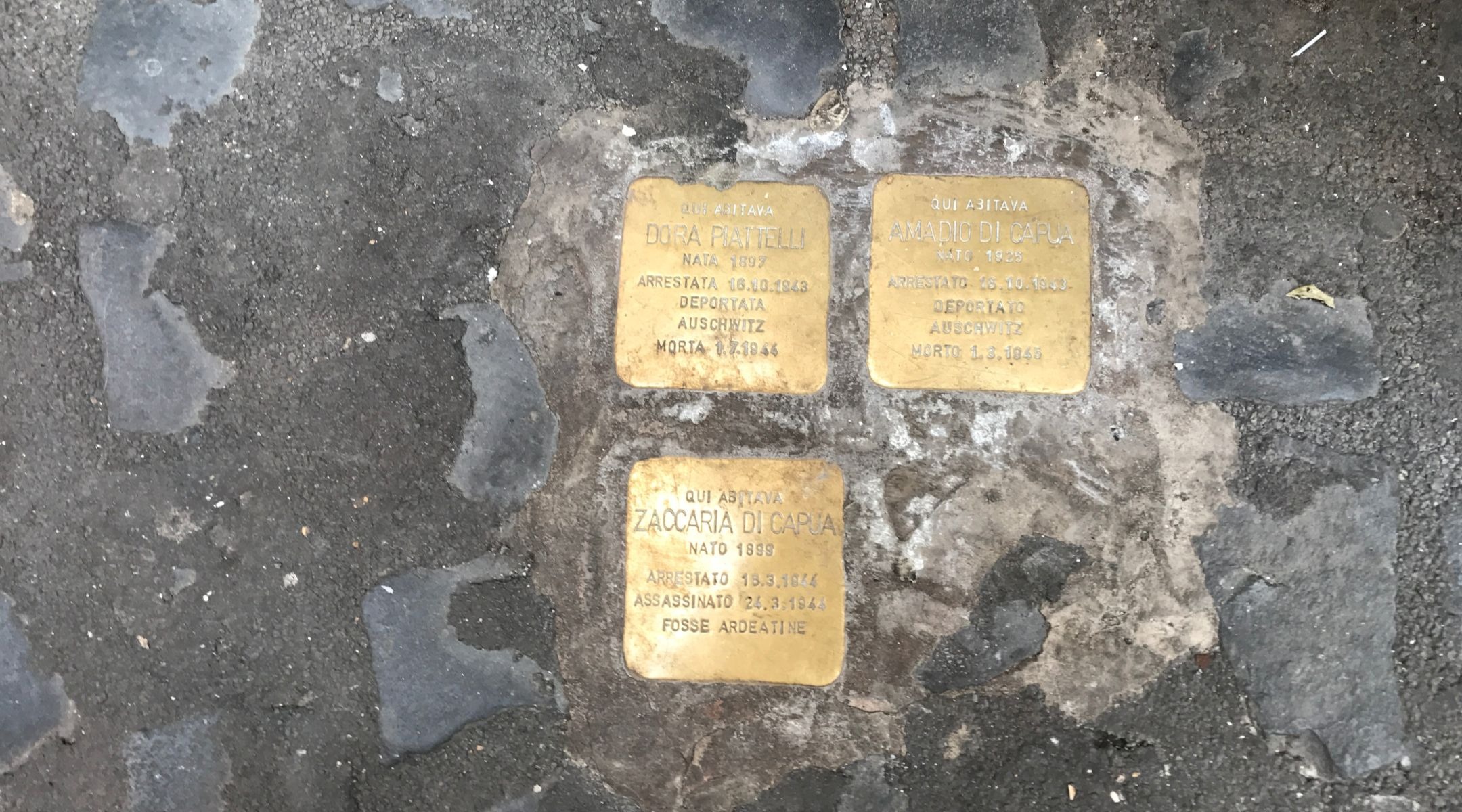 Stolperstein Holocaust memorials, or stumbling stones, in front of an apartment building in the Rome Ghetto. (Marcy Oster)
Advertisement

WARSAW, Poland (JTA) — Authorities in the Polish city of Szczecin declined to put in place memorial stones commemorating Jews murdered during World War II because the country’s Institute of National Remembrance feared visitors to the city might think the perpetrators of the crimes were Poles.

Gudrun Netter, who was born in Szczecin — which before the war was a German city — applied to the authorities there to commemorate her father with a memorial stone, or Stolperstein, placed in front of his former home. The letter she received from the city’s architect, Jaroslaw Bondar, said that such a memorial should state that the German Reich was responsible for the death of the Jewish victim.

“The Institute of National Remembrance carries out activities aimed at preventing the dissemination in Poland and abroad of information and publications with untrue historical content that harms or defames the Republic of Poland or the Polish nation and that is why it cannot agree to disregard this key fact,” said the letter signed by Bondar.

Memorial stones appeared in several Polish cities after long and arduous processes. In 2016, the Institute of National Remembrance issued a negative opinion on the possibility of placing the sStones in Warsaw. In 2018, the institute did not agree to install them in Krakow, recognizing that “the German specific artistic and memorative concept” is not commemorative for quantitative reasons, and the project is “highly controversial and contrary to the culture of memory adopted in Poland.”

Stolperstein is a concrete cube with a brass plate bearing the name of the person commemorated placed in the sidewalk. It is usually placed near the victim’s last residence. The creator of the stones is the German artist Gunter Demnig.