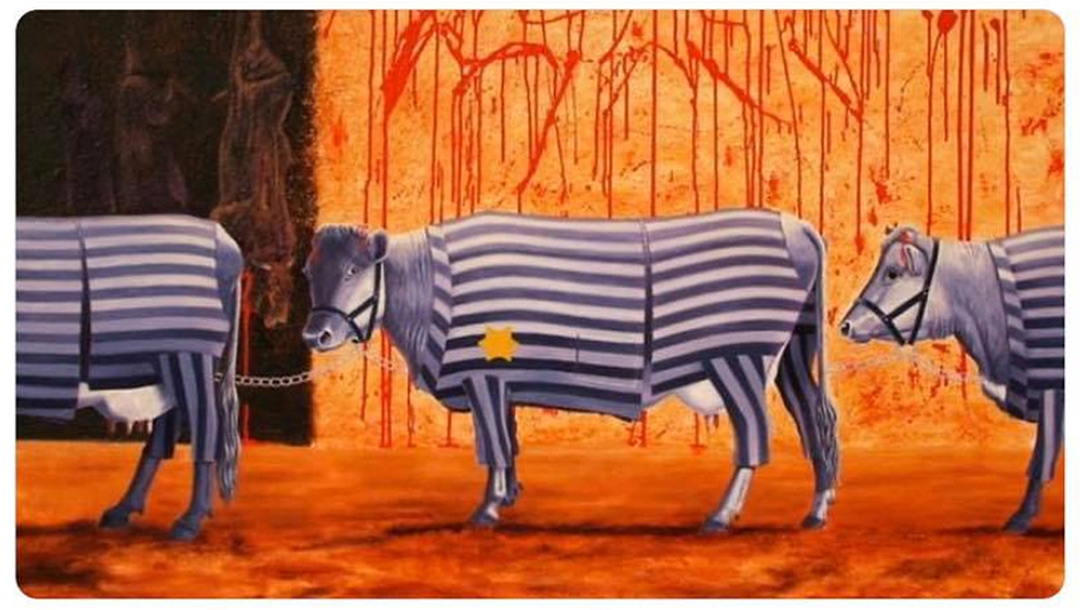 (JTA) – A Polish lawmaker at the European Parliament shared on social media a drawing showing cows at a slaughterhouse wearing striped uniforms with yellow stars like the ones the Nazis made Jews wear at concentration camps.

Sylwia Spurek, a 43-year-old Progressive Alliance of Socialists and Democrats representative, shared the drawing by Jo Frederiks, an artist who focuses on animal welfare.

Amid criticism of her actions on the eve of International Holocaust Remembrance Day, Spurek defended them by quoting “the Jewish Noble laurate Isaac Bashevis Singer,” as she described him, who once wrote that: “In their behavior toward creatures, all men were Nazis.”

She added about the painting: “Does this art delight me? No, it scares me how people treat other animals and I think that every intelligent person should understand the message of this artist.”

Spurek’s critics charged that the comparison she endorsed is offensive to Holocaust victims. People involved in Holocaust commemoration and animal welfare activists often have clashed over the drawing of parallels between the genocide and the meat industry.

From the Depths, a commemoration group in Poland, on Wednesday wrote to complain about Spurek to European Parliament President David Sassoli.

The group’s founder, Jonny Daniels, called it a “hateful post” and asked Sassoli to take “disciplinary actions” against Spurek and to urge her to apologize to survivors and their families.