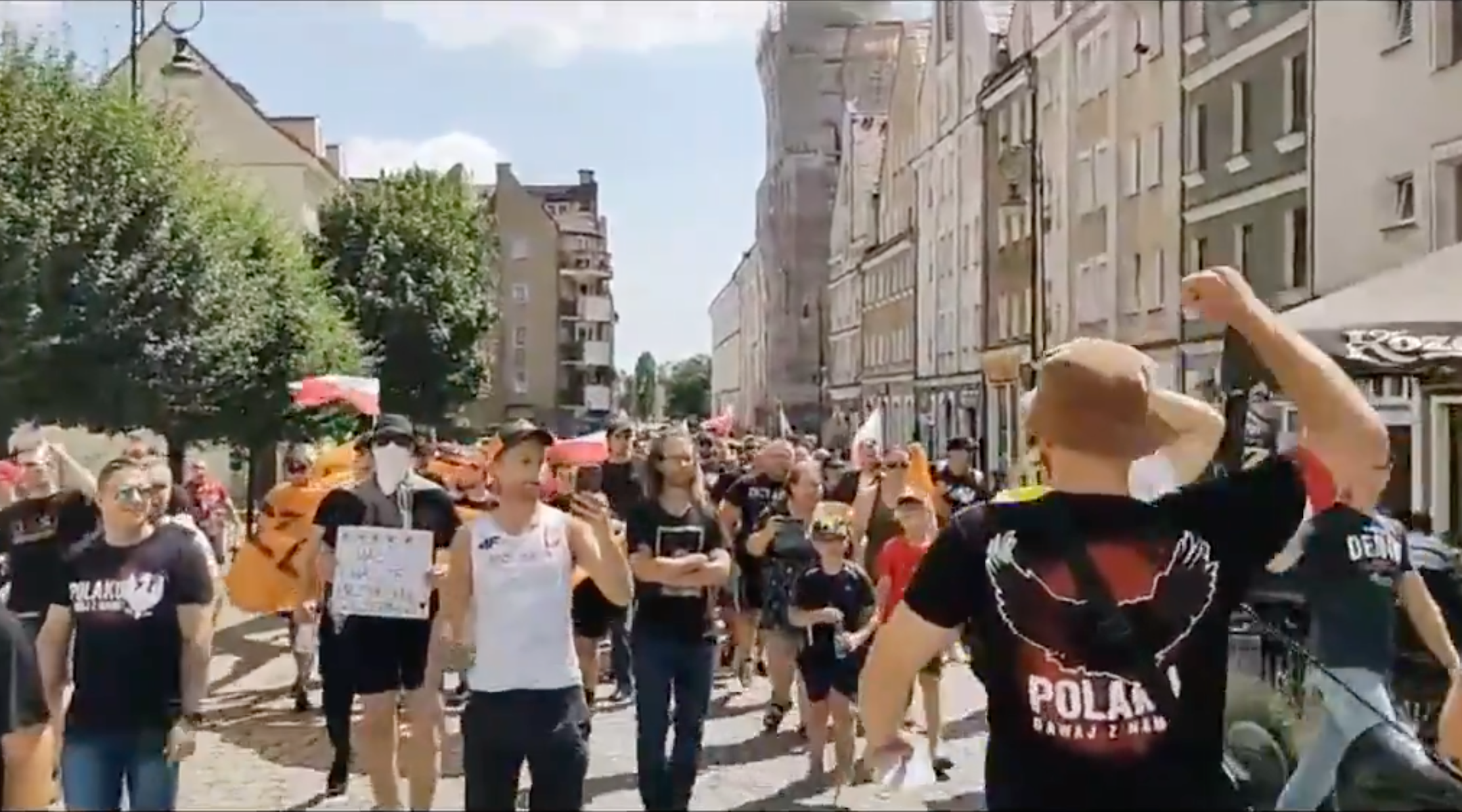 Marchers at a rally in Glogow, Poland, July 18, 2021. (Screenshot from YouTube)
Advertisement

WARSAW (JTA) — Several participants in a rally in Glogow, Poland, said that Jews are to blame for the COVID-19 pandemic and agreed that Jews “rule the world.”

About 100 people walked through the streets of the city in western Poland in opposition to vaccination and “sanitary segregation,” or restrictions on unvaccinated people.

“We know who is behind this whole ‘plandemic,'” one of the march’s leaders said, implying that he believes the pandemic is fake and part of a “plan” to weaken Poland’s economy.

Another said Jews will “apply for our houses,” referring to the debate over Holocaust property restitution, which Poland’s right-wing government is attempting to limit.

As that debate has raged in parliament and drawn the attention of U.S. lawmakers, Polish nationalists have taken to the streets. Earlier this month, members of the All-Polish Youth group left debris outside Israel’s embassy in Warsaw.

Others disrupted a commemoration for victims of a Holocaust-era pogrom last week, symbolizing the country’s other fraught debate, over whether Nazis or Poles should be blamed for World War II-era atrocities.

Polish Jewish Professor Michal Bilewicz, who teaches at the University of Warsaw, condemned Sunday’s protesters as antisemitic on Twitter. “We live in times when such people do not even disguise themselves,” he wrote.

Videos from the march appeared on social media. They showed that police did not react to the antisemitic slogan but took action when some of the participants started kicking a police car. As a result, three men were arrested. Two of them were under the influence of alcohol.

Police recordings from the march will go to a public prosecutor’s office, which will decide whether an investigation should be initiated.

Last week, the right-wing nationalist Konfederacja Party, which has 11 seats in Poland’s lower house of parliament, posted a video of Polish model Samuela Górska on its official social social media platforms in which she says she does not think Jews belong in Poland.

According to research from 2018, 85% of Polish Jews believe that antisemitism is a major issue in Poland.