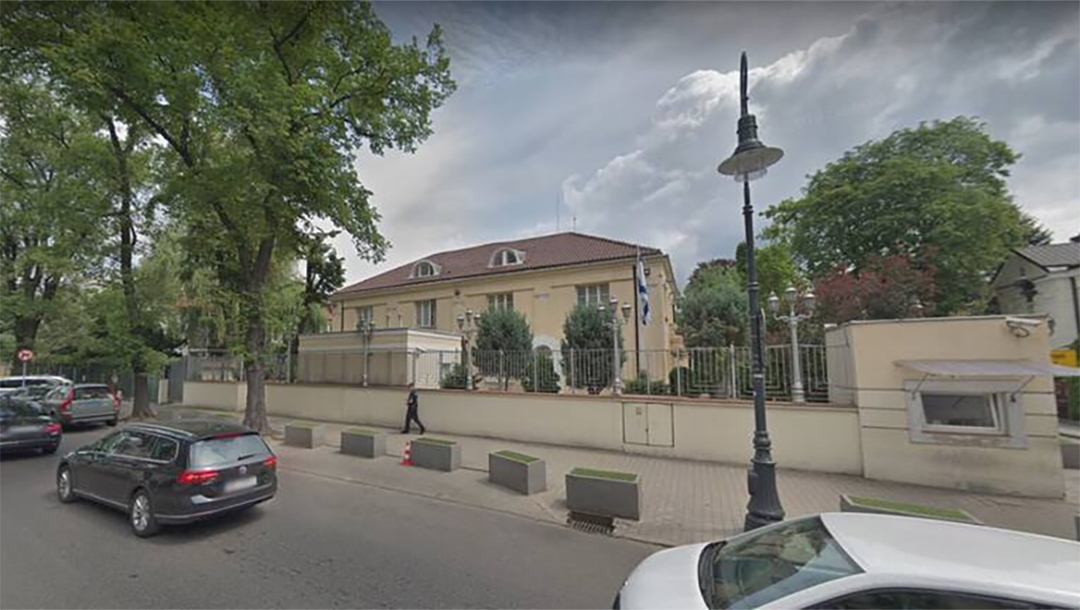 (JTA) — Members of an ultranationalist youth movement in Poland left tons of building debris outside the Israeli Embassy in Warsaw to protest Israel’s criticism of legislation that would limit restitution.

Members of the All-Polish Youth group left large chunks of brick walls on Wednesday with a sign reading “this is your property,” the Polska Times news site reported.

According to the site, the protesters were arguing that claims for restitution by Jews whose real estate and other possessions were confiscated after World War II pertain to places that largely had been destroyed during World War II and thus are worthless.

The action follows the passing last week of a bill in the Sejm, the lower house of the Polish parliament, that sets a 30-year limit on appealing administrative decisions. If passed by the Senate and signed by the president, the law would make the bulk of post-Holocaust confiscations of property incontestable in Polish courts.

“This is a direct and painful attack on the rights of Holocaust survivors and their descendants,” he wrote Thursday on Twitter. “This is not the first time that the Poles are trying to turn a blind eye to what was done in Poland during the Holocaust.”