Mike Pompeo in Warsaw calls on world to confront Iran 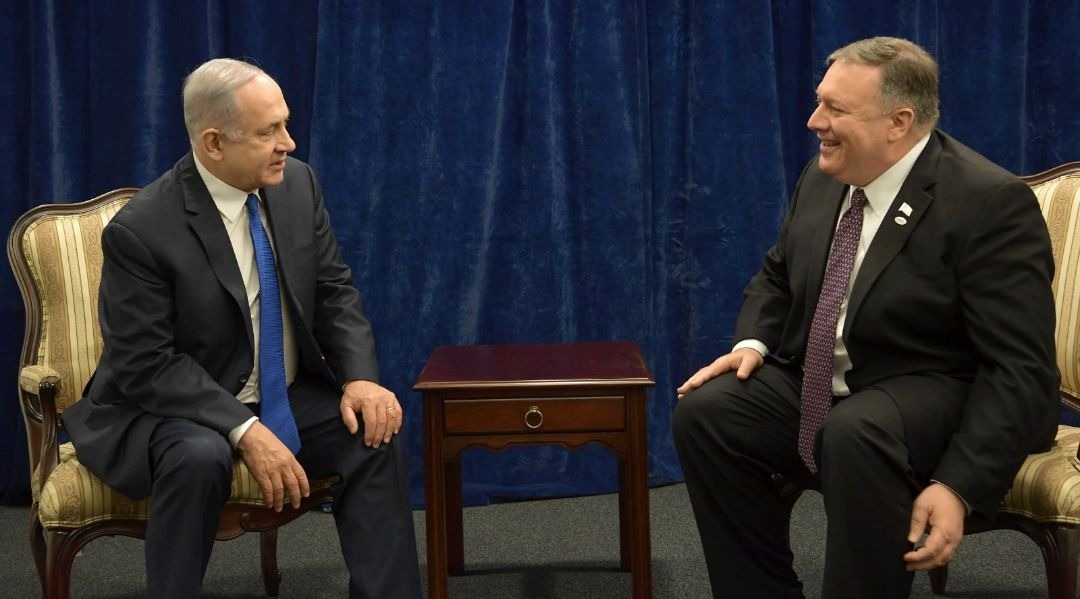 (JTA) — U.S. Secretary of State Mike Pompeo said in Warsaw that the world “can’t achieve peace and stability in the Middle East without confronting Iran.”

Pompeo is in Poland for an international conference co-sponsored by the Polish and U.S. governments called the “Ministerial to Promote a Future of Peace and Security in the Middle East.”

Pompeo called Iran a “malign influence in Lebanon, in Yemen, in Syria, in Iraq, the three H’s: The Houthis, Hamas and Hezbollah. These are real threats; there are others as well. But you can’t get peace in the Middle East without pushing back against Iran.”

He made the comments on Thursday morning to reporters in a joint appearance with Israeli Prime Minister Benjamin Netanyahu ahead of their meeting on the sidelines of the conference.

Netanyahu thanked Pompeo, Vice President Mike Pence and the Trump administration for putting together the meeting, calling it a “historical turning point.”

“In a room of some 60 foreign ministers and representatives of dozens of governments, an Israeli prime minister and the foreign ministers of leading Arab countries stood together and spoke with unusual force, clarity and unity against the common threat of the Iranian regime,” Netanyahu said.

He said the conference marks “a change, an important understanding of what threatens our future, what we have to do to secure it, and the possibilities of cooperation that extend beyond security to every realm of life for the peoples of the Middle East.”

On Wednesday in an impromptu interview with reporters in front of a Warsaw museum, Netanyahu said he planned to focus on the “common interest of combatting Iran,” according to the official translation released from his office. Netanyahu, however, had used the term “milchama,” or war to mean combatting, generating great interest on social media and in the mainstream media.