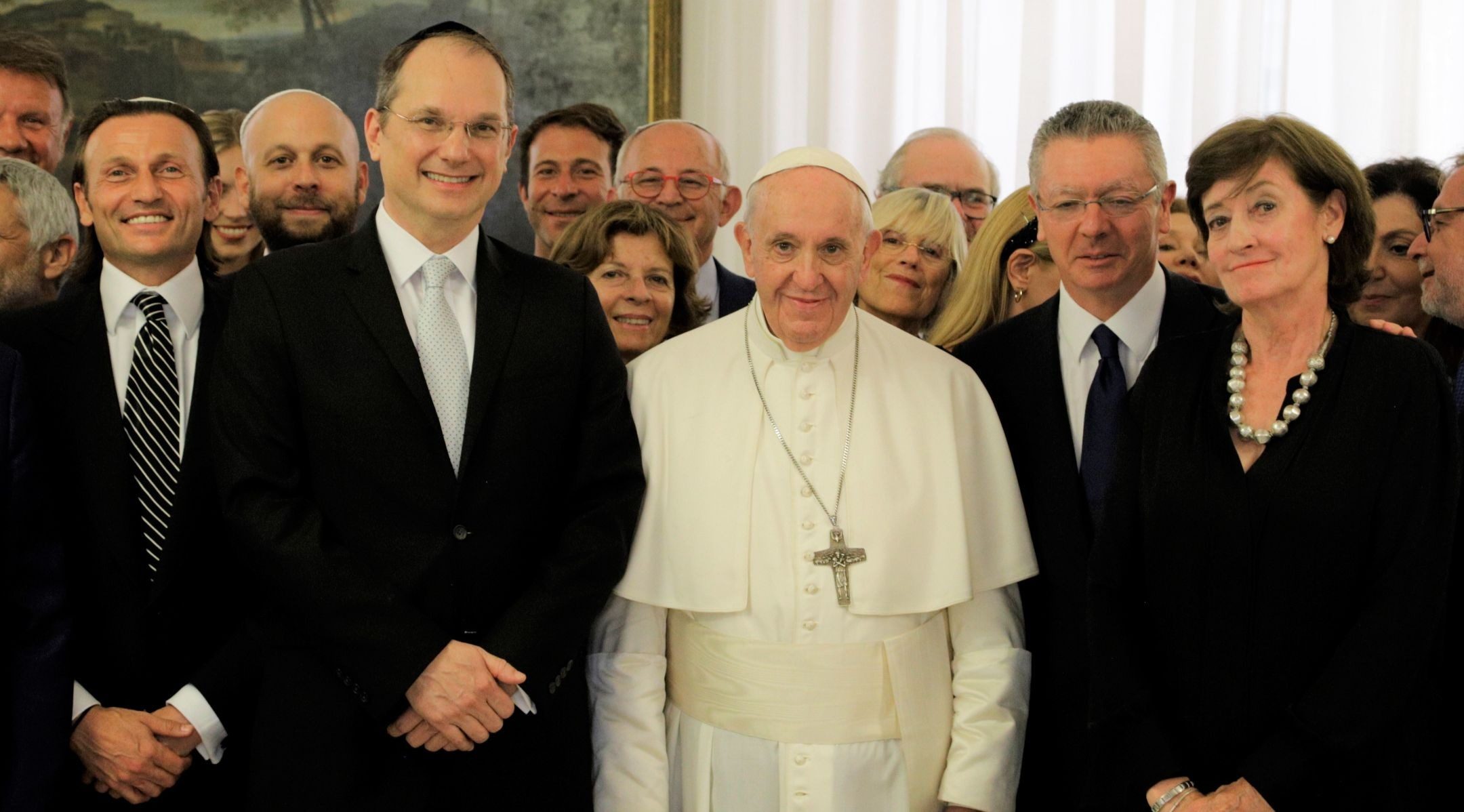 Pope Francis meets with Hispanic Jewish leaders from Argentina, Spain and the United States at the Vatican on Aug. 22 2019. (Courtesy of Hispanic Jewish Foundation)
Advertisement

BUENOS AIRES, Argentina (JTA) — Pope Francis had an audience at the Vatican with representatives of Hispanic Jewry from his native Argentina, as well as from Spain and the United States.

The meeting details were revealed Monday by the chief Sephardic rabbi of Buenos Aires, Isaac Sacca.

Hatchwell gave the pope a copy of the Alba Bible, a manuscript from 1422 of a translation of the Old Testament from Hebrew into Castilian, or Medieval Spanish, by Rabbi Moses Arrajel of Toledo. The text was written at that time to teach about Jewish heritage to church members.

Francis, whose names is Jorge Bergoglio, recalled his experiences with Jewish friends during his childhood in Buenos Aires. Sacca is among the Jewish leaders who maintain ties and friendship with the former Buenos Aires archbishop.

“Pope Francis never lost touch with Rabbi Sacca and they continue to e-mail with one another directly — no intermediaries. Extraordinary,” wrote David Sable, one of the guests at the meeting Thursday.

The delegation from Spain included celebrities and businesspeople who support the Hispanic Jewish Foundation, which is building a new Jewish museum in Madrid. The project was announced last year in Buenos Aires as a bridge to gather Hispanic-Jewish heritage from Europe and the Americas.