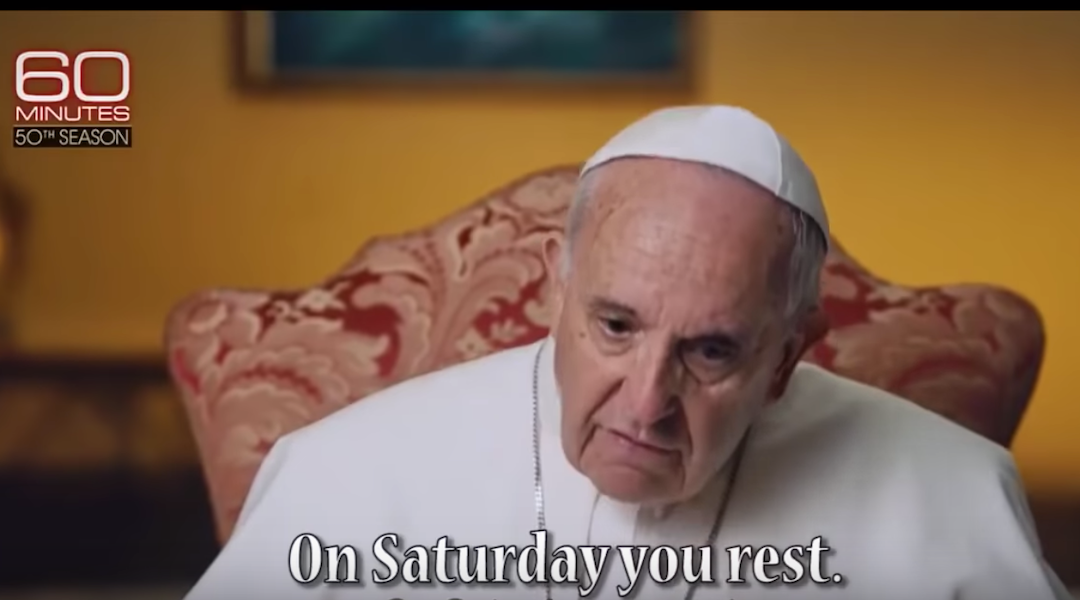 (JTA) — From his frequent denunciations of anti-Semitism to his close friendship with an Argentine rabbi, Pope Francis has long been a friend of the Jews.

As some of his fans were reminded this week, he also admires the way Jews observe Shabbat, the weekly day of rest.

Footage of him praising the tradition in a 2018 “60 Minutes” interview went newly viral this week, thanks to a YouTube video shared by a Spanish Seventh Day Adventist channel.

“What the Jews followed, and still observe, was to consider the Sabbath as holy,” he says. “On Saturday you rest. One day of the week. That’s the least! Out of gratitude, to worship god, to spend time with the family, to play, to do all of these things. We are not machines.”

The clip caught the eye of Rabbi Shmuel Eliyahu, a leading Israeli rabbi.

“You probably won’t believe it, but the Pope called on the inhabitants of the world to keep the Sabbath like the Jews,” he said, according to the Jewish Press. “It is unbelievable. Those who have decreed that we will not keep Shabbat now understand what the value of Shabbat is.”