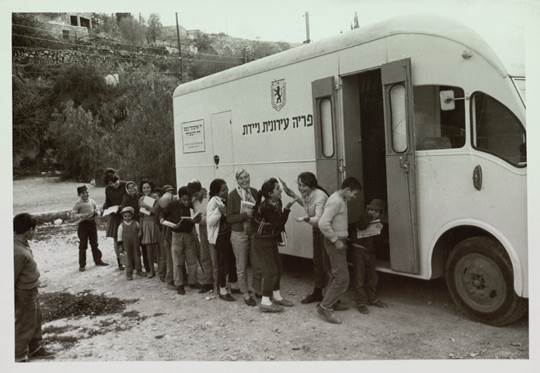 JERUSALEM (JTA) — Never-before-seen images of Golda Meir. Thousands of pictures of Israeli schoolchildren from the 1950s through the 1990s. Rare portraits and snapshots of Theodor Herzl.

These are some of the more than 2 million images that will be stored and digitized at The National Library of Israel following a major financial gift from the John Pritzker Family Fund.

The National Library announced the Pritzker Family National Photography Collection on Wednesday. The collection, the largest repository of photographs of Israel in the world, includes photo albums, individual photos, postcards, personal collections and archives of private photographers and photographic agencies.

Hundreds of thousands of photographs have already been scanned, catalogued, digitally restored and uploaded to the National Library’s website, affording free public access.

The Pritzker gift also will allow future exhibition of the collection, as well as its expansion. It will establish a state-of-the-art climate-controlled repository to house the collection in the new National Library of Israel building, now under construction adjacent to the Knesset in Jerusalem.

“Photography plays a unique role in capturing and conveying human stories, and thereby in deepening understanding and compassion. Our hope is that this gift enables the Library to demonstrate the richness and complexity of Israeli history to an even wider audience,” John Pritzker, the fund’s board chairman, said in a statement.

A library spokesman said the gift was in the “seven figures.” He said it is library policy not to give the exact figure.