Prominent lawyer with Jewish roots under fire for identifying as Latinx 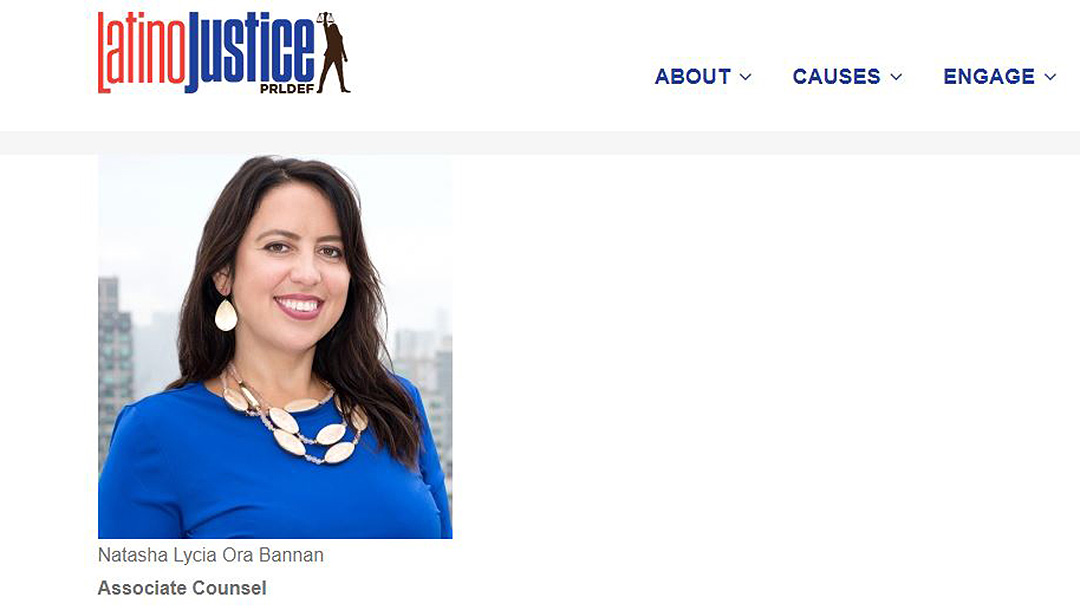 A screenshot of a biographical entry of Natasha Lycia Ora Bannan on the website www.latinojustice.org.
Advertisement

(JTA) — A former president of the National Lawyer’s Guild is under fire for identifying herself as Latinx though she is white with Jewish roots.

Natasha Lycia Ora Bannan earlier this week defended self-identifying for years as Latinx, a claim for which she was criticized in an article that was published Jan. 1 on the Prism news site.

“I am racially white, and have always said that,” she wrote. “However my cultural identity was formed as a result of my family, both chosen and chosen for me, and that has always been Latinx.”

Bannan, 43, now the senior counsel at the Latino Justice Puerto Rican Legal Defense and Education Fund, told Prism that she has previously identified as white and that her “biological origins are Italian, atheist Jewish/Sephardic, some unknown (adopted grandfather) and who knows what else.”

She grew up in Georgia and is the daughter of U.S.-born parents. But only one of them raised her and “the Colombian family who I grew up with and who were responsible in grand part for raising me, who helped form my character and identity were from many different ethnic identities and backgrounds,” Bannan said.

In 2015, Bannan became president of the National Lawyer’s Guild, which calls itself the nation’s oldest progressive bar association. She was celebrated as the group’s first Latinx leader, including in a 2019 book titled “Aftershocks of Disaster,” as well as in a biographical entry on the website of the Aspen Institute, with which Bannan has collaborated.