Rabbi and 2 sons spit on and verbally attacked in Munich 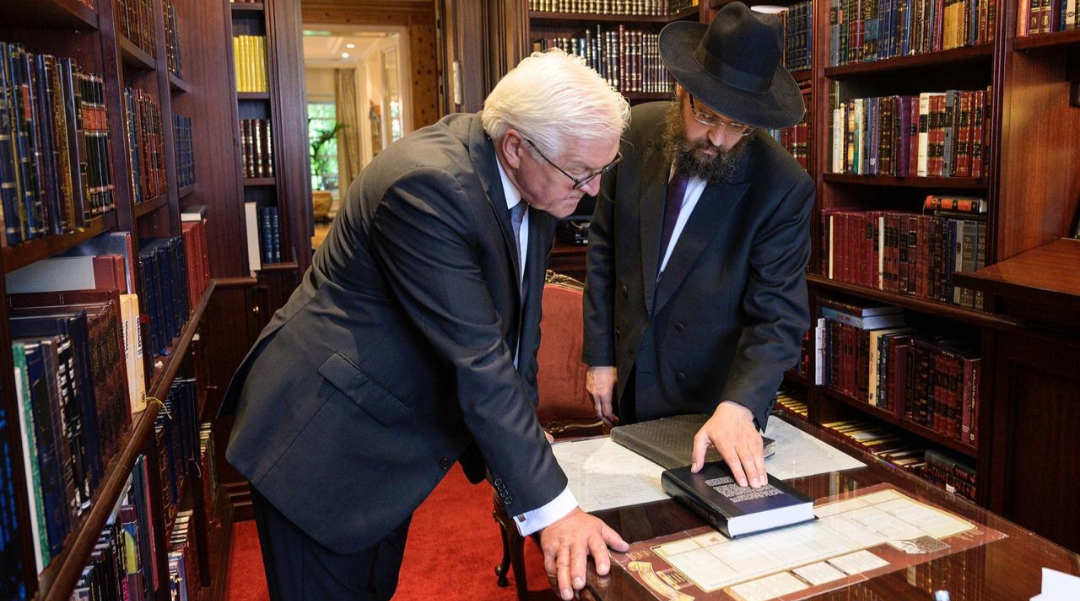 German President Frank-Walter Steinmeier visits the home of Berlin rabbi Yehuda Teichtal to offer support after an anti-Semitic attack on the rabbi and one of his young children, Aug. 4, 2019. (Courtesy of Chabad Lubavitch)
Advertisement

(JTA) — A rabbi and his two sons said they were spit on and verbally attacked as they left a synagogue in Munich, Germany.

A man approached the rabbi, 53, and his sons, both 19, and yelled anti-Semitic slurs as they left a central synagogue on Saturday, The Associated Press reported. A woman in a car then also began to yell at them and spit on one of the teens.

Police are looking for the two suspects, according to the report.

The attack comes a week after a Berlin rabbi was verbally abused and spit on. Yehuda Teichtal, a Berlin community rabbi and president of Chabad Lubavitch in the German capital, was with one of his young children when the attack took place.

On Sunday, German President Frank-Walter Steinmeier visited Teichtal in his home to offer his support.

“I have come here to say that there is no place for anti-Semitism in Germany,” Steinmeier said at the start of the visit. “I am here to declare this as well as to visit a friend.”