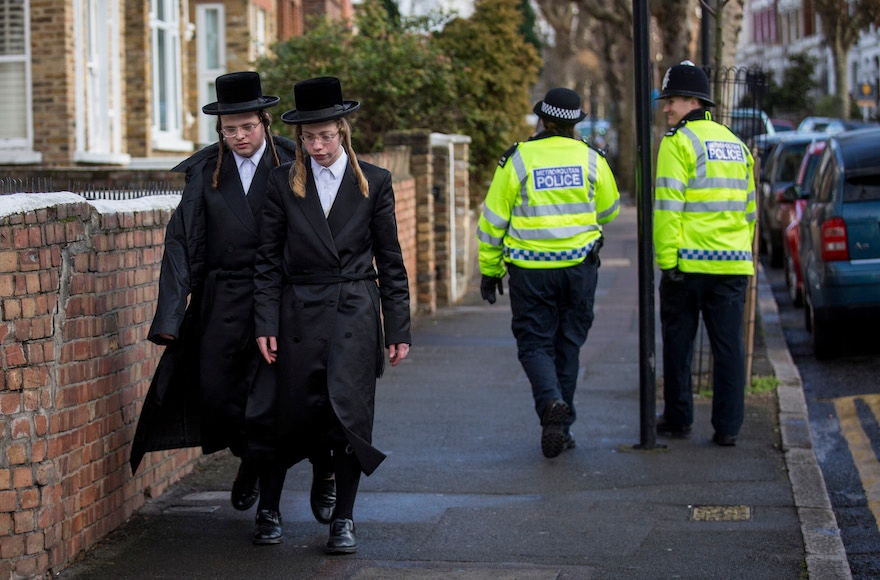 (JTA) — A rabbi visiting London was beaten and left bleeding on the ground in the city’s Stamford Hill neighborhood.

Two teenagers allegedly shouted “kill Jews” and “f*** Jews” during the attack, according to the Shomrim of Stamford Hill. The attack has been reported to London Police.

The incident occurred on Friday night, the London-based Campaign Against Anti-Semitism reported.

The British media described the victim, who was unnamed, as a “senior rabbi.” He flew out of London after Shabbat for Israel.

The attack is not believed to be related to the deadly stabbing on the London Bridge by an alleged member of the Islamic State that occurred earlier in the day, The Jerusalem Post reported. That attack killed two people.

A demonstration against Jew-hatred in politics and mounting anti-Jewish hate crime is scheduled for Dec. 8 in Parliament Square, the Campaign Against Anti-Semitism reported.