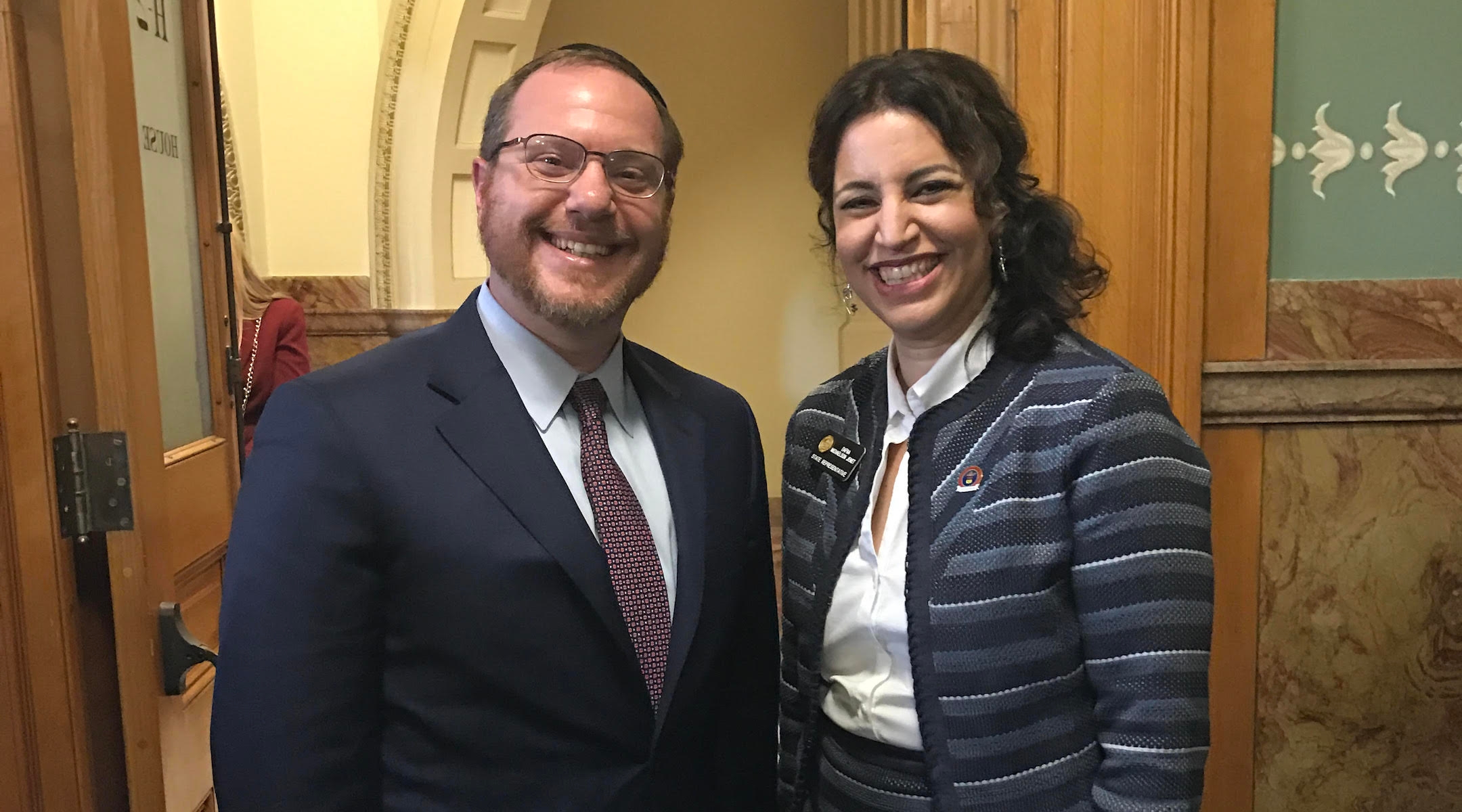 Rabbi Yehiel Kalish attends the swearing-in of Dafna Michaelson Jenet, his sister, at the Colorado House of Representatives in Denver, Jan. 11, 2017. (Courtesy of Michaelson Jenet)
Advertisement

(JTA) — The only rabbi to ever serve in the Illinois state legislature lost in the Democratic primary to a progressive candidate backed by his predecessor.

Rabbi Yehiel “Mark” Kalish garnered 31.9 percent of the vote in the Chicago-area’s 16th District on Tuesday, losing to Denyse Wang Stoneback, who had 42.9 percent. With no Republican challenger, Stoneback is all but assured a seat in the state’s House of Representatives.

Kalish, an Orthodox Jewish father of six, was appointed in January 2019 to fill the unexpired term of state Rep. Lou Lang, who had served the district for more than three decades. Lang resigned shortly after he was re-elected because of a business opportunity.

The suburban district, which includes Skokie and Rogers Park, is about 30 percent Orthodox Jewish,

Kalish, 44, angered many voters in June when he voted “present” on the Reproductive Health Act, reversing what other lawmakers described as a commitment to support the abortion rights bill, Patch reported. Kalish said at the time that he had hoped to support the bill, but “as the legislation was developed, it became clear to me that my Orthodox Jewish values and beliefs were not aligned with some core components of the legislation. I had to make a personal decision based on my conscience.”

Three other Democratic state representatives voted present, and seven voted against the legislation.

Stoneback, 50, is the founder of the gun control nonprofit People for a Safer Society.

Kalish is chief executive of the S4 Group, a government affairs and business development firm, and also serves as the cantor for Congregation Shaarei Tzedek Mishkan Yair in Chicago. He had worked for more than 10 years at the haredi Orthodox organization Agudath Israel of America focusing on governmental advocacy.