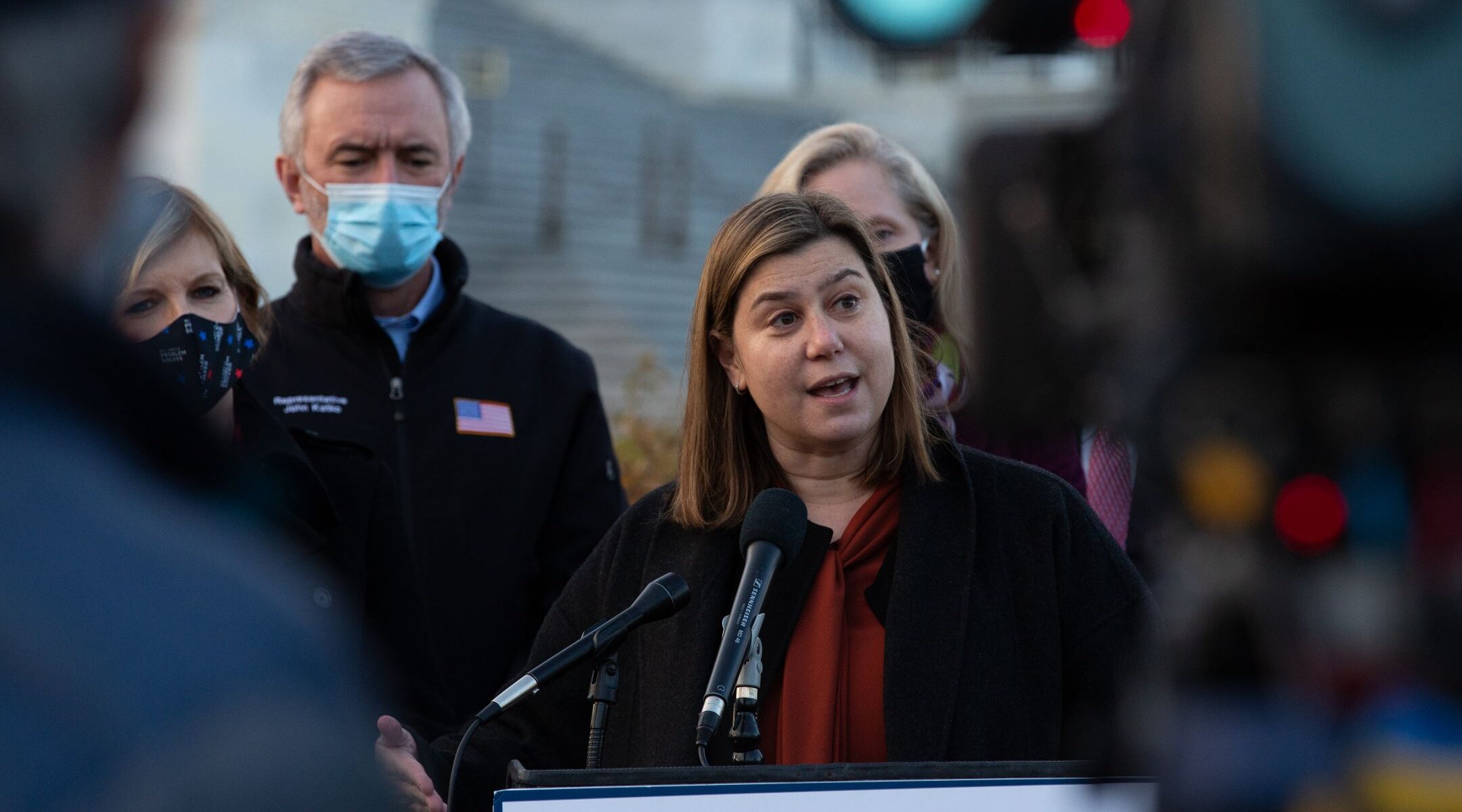 Rep. Elissa Slotkin (D-MI) speaks at the podium standing with members of the Problem Solvers Caucus to praise the forthcoming passage of the bipartisan emergency COVID-19 relief bill in a press conference outside the US Capitol in Washington, DC on December 21, 2020. (Cheriss May/Getty Images)
Advertisement

Slotkin, giving her first news conference on Thursday as the chairwoman of the intelligence and counterterrorism subcommittee of the Homeland Security Committee, outlined an agenda that she said would be shaped by confronting domestic terrorism in the wake of the deadly Jan. 6 pro-Trump riot at the U.S. Capitol.

She said one of the things she wanted her subcommittee to “look at” was “mandatory Holocaust education.”

“Right now it’s only required in a certain number of states, I feel like it’s like 15 or so,” Slotkin, who is Jewish, said when asked to elaborate by the Jewish Telegraphic Agency.

Local and state governments control curricula, but the federal government may effectively require some content by leveraging federal funds for schools.

“I support requiring it at the federal level because I walked through those crowds, the morning of the 6th, my husband walked me to work,” Slotkin said of the day of the raid by Trump loyalists who sought to prevent Congress from affirming Joe Biden’s election as president based on falsehoods peddled by Trump.

“And we were walking through those crowds, and if you are not educated on the Holocaust, when you see something like a ‘Camp Auschwitz’ sweatshirt or a swastika or some of these tropes that have been around forever about wealthy Jews running the world, that kind of thing — if you don’t know that as a historical legacy and connection to genocide, when you see it at a random protest you might not think it’s that big of a deal,” she said.

Slotkin was among the co-sponsors of legislation that passed last year that creates a clearinghouse of Holocaust resources for educators administered by the U.S. Holocaust Memorial Museum.

Slotkin is a rising star among Democrats, winning a sophomore term in a Michigan district that otherwise swings to Republicans. Her background in the CIA and on the White House National Security Council has made her one of the preeminent Democrats on security.