Reports that Tunisia’s president made anti-Semitic rhetoric are false, his office says 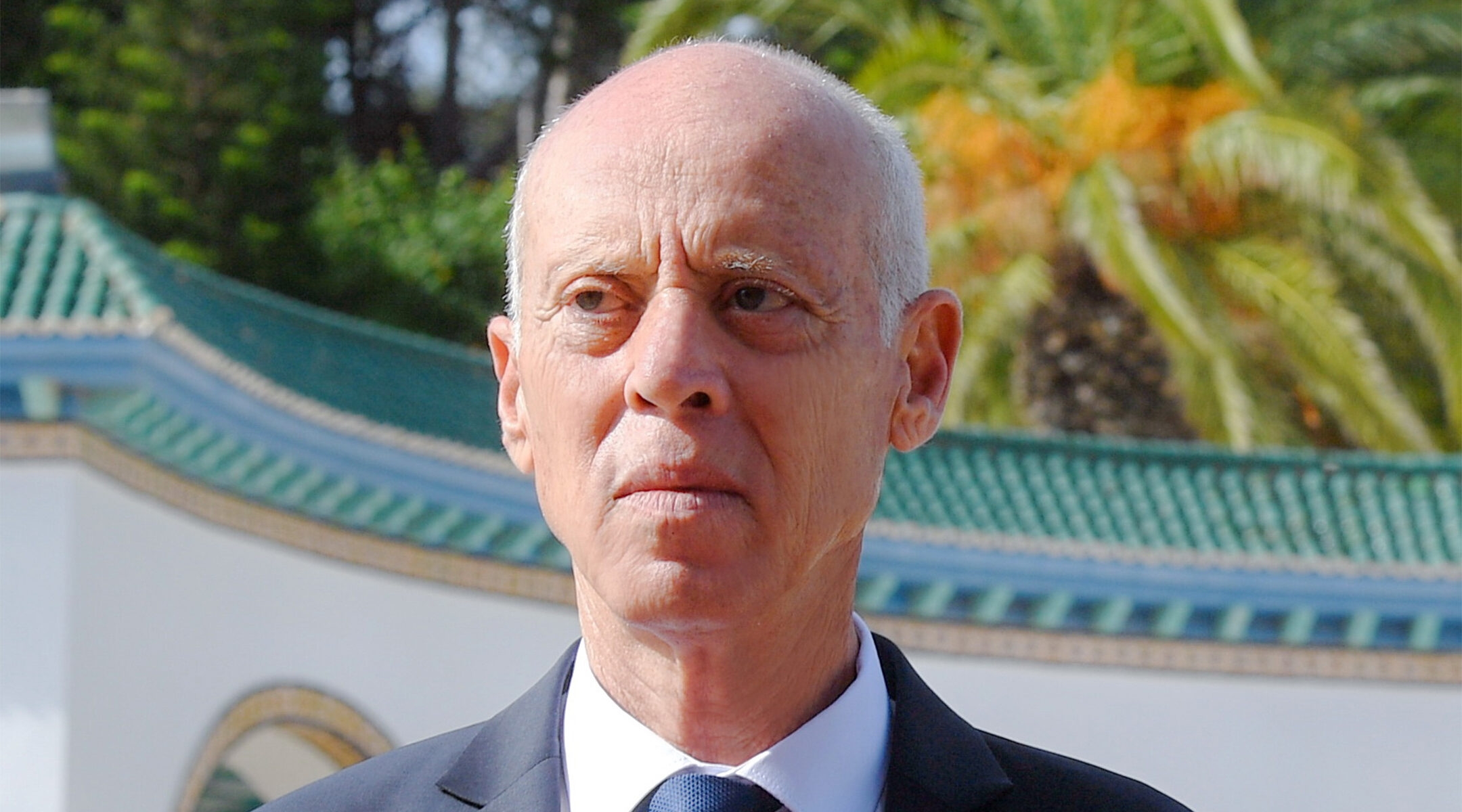 (JTA) — The office of the president of Tunisia defended President Kais Saied against allegations that he had blamed Jews for recent unrest.

Saied “did not name any religion, no sane person would have justifiably conceived otherwise,” his office wrote Wednesday following reports in the Israeli media that the president had singled out Jews and posted a video of himself doing so on Facebook.

The reports were about conversations that Saied, who opposes normalization with Israel, had Monday with residents of Mnihla, a suburb of the capital Tunis, over protests concerning the economic situation in the country.

During one discussion in a video uploaded to the Facebook page of the Presidency of Tunisia, Saied is heard denouncing in Arabic the protests, which he said were the work of divisive forces. Then he added a phrase that sounded like “the Jews,” or “al yahood.”

But Falso, a fact-checking platform in Tunisia that has been critical of the government, used slow-motion and speed-up techniques to discover that Saied actually said “hal yahoon,” a rhetoric question that means “Is that acceptable?!”

Prior to the denial by the president’s office, the Conference of European Rabbis protested in a statement what they believed to be an anti-Semitic remark by Saied.

In parallel to opposing normalization with Israel, Saied has visited the El Ghriba Synagogue in Tunisia and has met on many occasions with representatives of the country’s Jewish community of about 2,000 people. He has no record of targeting Jews with hate speech.