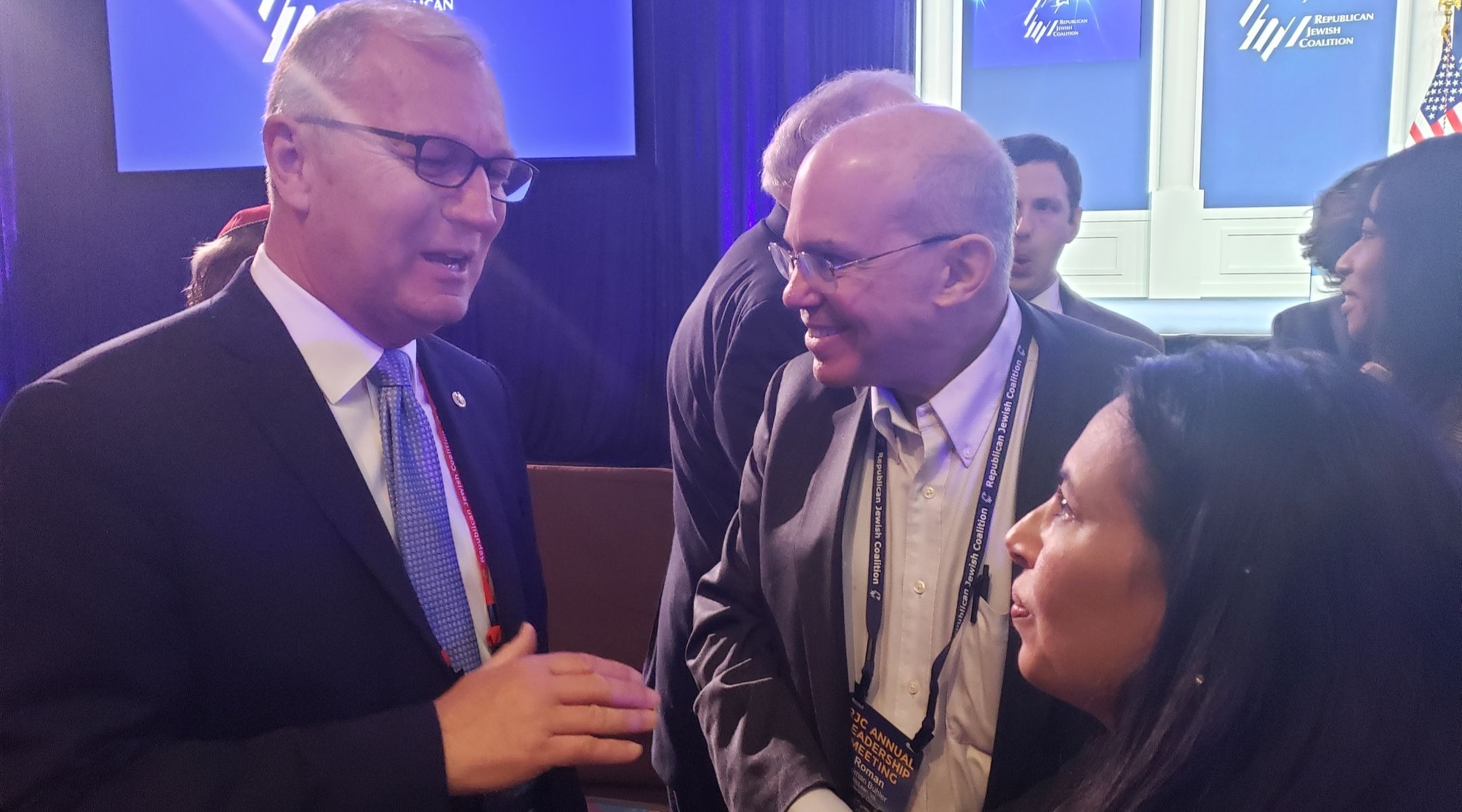 Cramer, a freshman, announced the resolution Saturday at the annual meeting in Las Vegas of the Republican Jewish Coalition.

The resolution is the result of work by the Israeli-American Civic Action Network, a relatively young group that reflects the increased activism of Israeli Americans acting and lobbying independently from the organized Jewish-American community. It plans to lobby senators from both parties to pass the non-binding resolution. Another advocacy group for Israeli Americans, the Israeli-American Council, praised the resolution.

An official of the Civic Action Network said the resolution came about in part because of actions taken by the boycott Israel movement that target Israeli individuals simply because they are Israeli.

The RJC helped Cramer in the last election, running ads against the Democratic incumbent, Heidi Heitkamp. A major funder of the RJC and the Israeli-American Council is Sheldon Adelson; the RJC annual event takes place at Adelson’s Venetian casino resort.