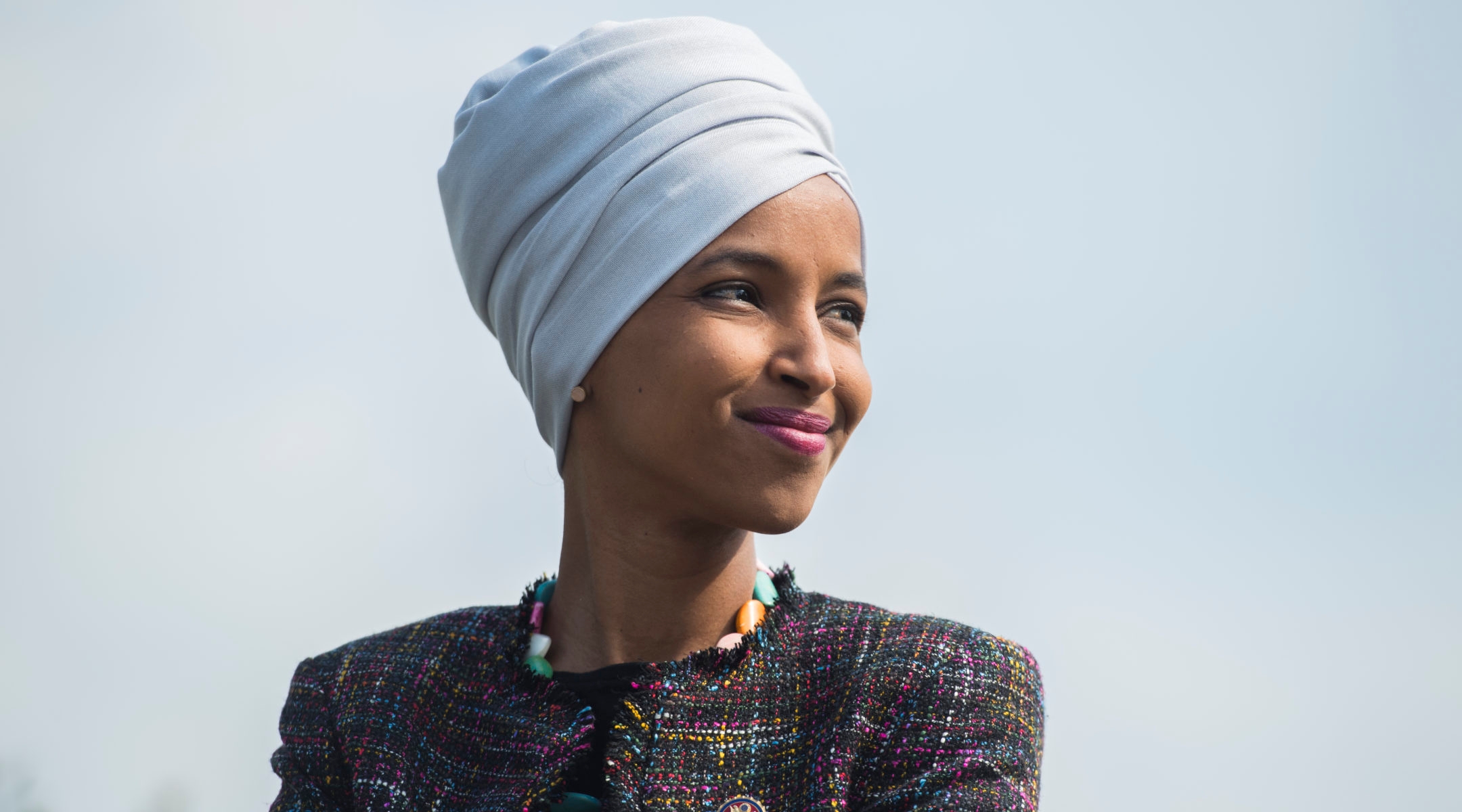 Respondents to a Politico survey were asked to assess a tweet by Rep. Ilhan Omar, above, that said in part, "We have seen unthinkable atrocities committed by the U.S., Hamas, Israel, Afghanistan, and the Taliban." (Tom Williams/CQ Roll Call)
Advertisement

(JTA) — Republican voters are much likelier to regard a statement grouping Israel with Hamas as antisemitic if they know Ilhan Omar said it, according to a poll published Wednesday.

The June 7 tweet said, “We must have the same level of accountability and justice for all victims of crimes against humanity. We have seen unthinkable atrocities committed by the U.S., Hamas, Israel, Afghanistan, and the Taliban.”

The tweet set off days of tensions within the Democratic Party. Twelve Jewish lawmakers said it could be seen as covering for terrorism and asked Omar to clarify the statement. Omar did clarify what she meant, but also accused the Jewish Democrats of engaging in Islamaphobic tropes.

Omar explained that the tweet, which included a video of an exchange the same day with Secretary of State Antony Blinken, was challenging the Biden administration’s opposition to the International Criminal Court prosecuting alleged war crimes in the Gaza and Afghanistan conflicts, and was not likening Israel and the United States to the Taliban and Hamas.

Morning Consult said the June 11-13 poll of 1,994 voters had a margin of error of 2 percentage points.