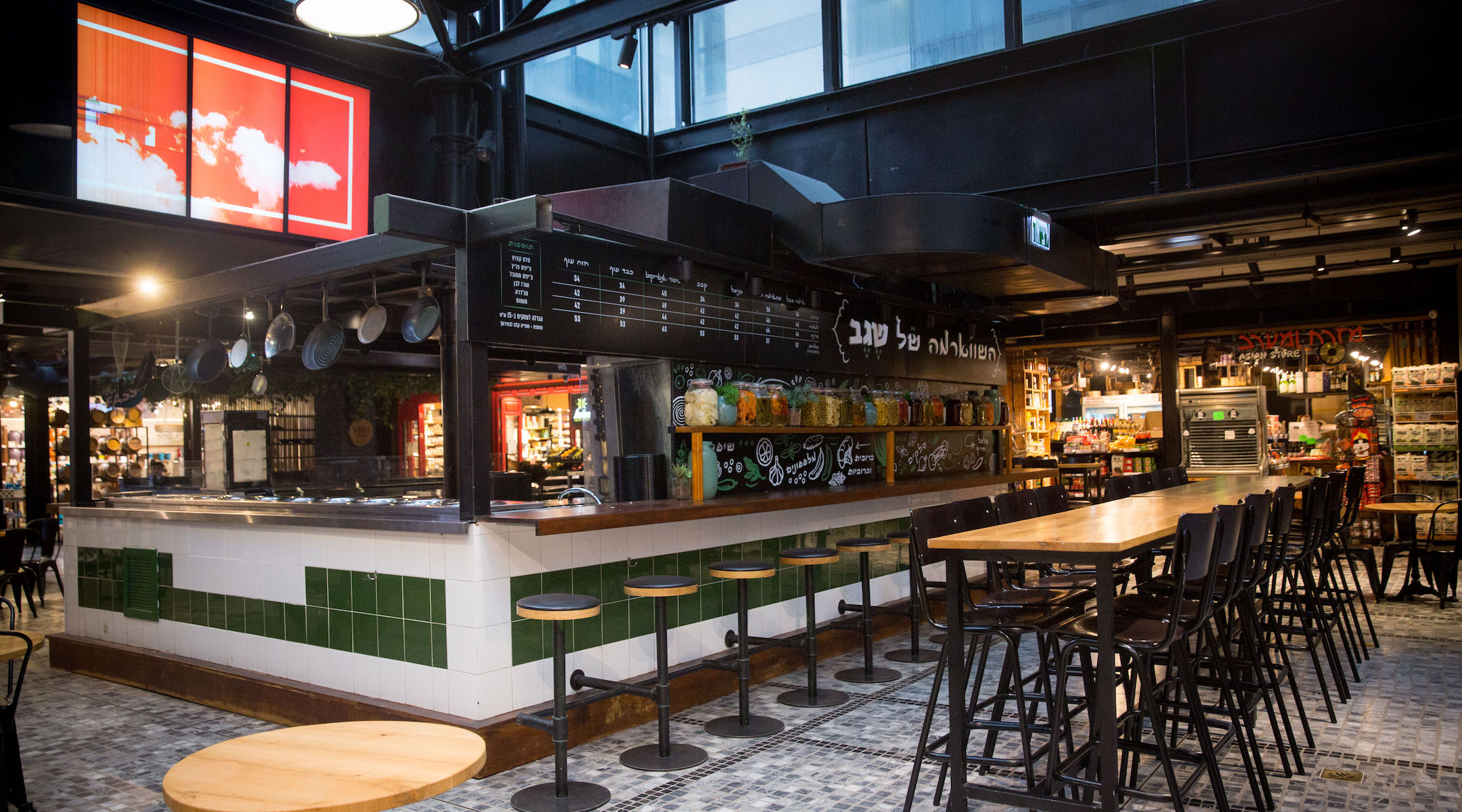 The empty Sarona market in Tel Aviv, March 17, 2020. The market could be bustling again with the Israeli government allowing bars, restaurants and malls to reopen. (Miriam Alster/Flash90)
Advertisement

UPDATE: Later on Tuesday, houses of worship were given the go-ahead to reopen on Wednesday.

JERUSALEM (JTA) — Restaurants and bars in Israel will be allowed to reopen next week.

Tables in the restaurants must be spaced about 5 feet apart, customers must have their temperatures taken as they enter, and bathrooms must be cleaned and disinfected more often, according to the order. In swimming pools, each swimmer must have 65 square feet in the water.

Edelstein also tentatively approved a draft of regulations in order to open event halls on June 14.

Meanwhile, Israel’s beaches will officially open on Wednesday, although the beaches have been full for several days due to a blistering heat wave. Visitors must maintain a 6-foot social distance. Indoor showers and dressing rooms will remain closed.

The Waqf, the Jordanian Muslim body that oversees the Temple Mount, announced it will reopen to the public next week after the Eid al-Fitr holiday that ends the holy month of Ramadan. The holiday will fall out over the weekend.

In the wake of  the announced reopenings, Ashkenazi Chief Rabbi David Lau in a letter to Prime Minister Benjamin Netanyahu called for the immediate reopening of the country’s synagogues.

“The return to normal of shopping centers, restaurants etc. and the lack of answers on synagogues, is baffling to many,” Lau wrote in the widely reported letter, noting that communal prayer is an important part of Jewish life.

He added wryly that worshippers’ pain is not noticed as much since they do not have a union to advocate for them.

The Israeli media reported earlier in the week that an outline for reopening houses of worship had already been drawn up and presented to the Health Ministry.