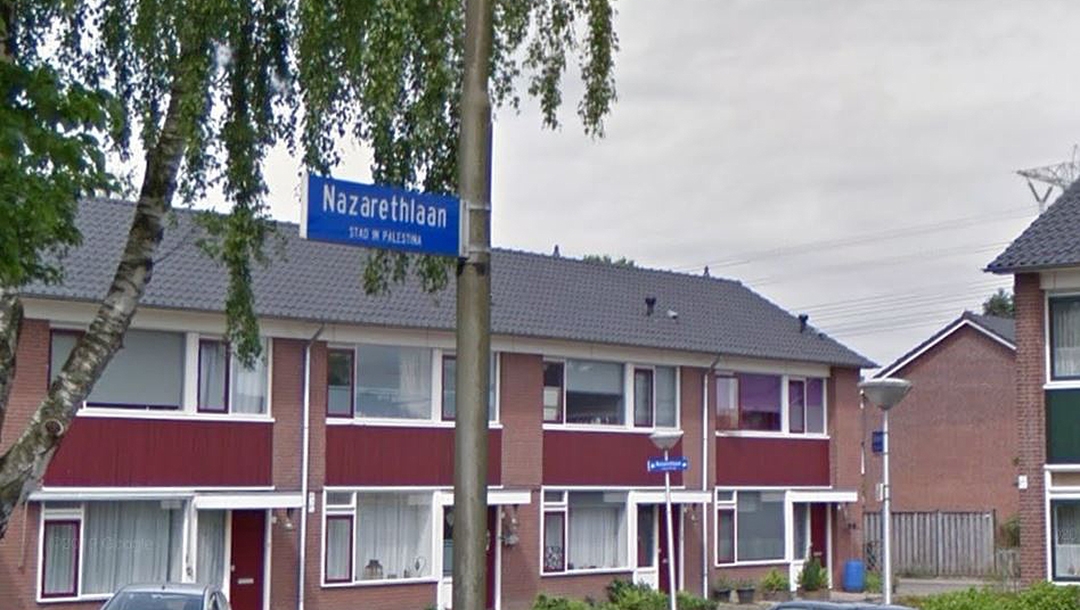 The Israeli city of Nazareth is in Palestine, according to this sign in Eindohven, the Netherlands. (Google Maps)
Advertisement

A spokesperson of the municipality of Eindhoven in the eastern Netherlands on Friday wrote on Twitter that the signs that identify the cities as being located in Palestine would be changed — “but in the framework of regular replacement, which is now not on the table.”

The city agreed to change the signs in 2014 following an outcry by Dutch Jews and Israel advocates, including Likoed Nederland, which complained the designation was politicized and intended to “wipe Israel off the map.” The cities referred to on the street signs include Jerusalem, Nazareth and Tiberias.

On Friday, the municipal spokesperson said the reference to Palestine was to “biblical Palestine.” The spokesperson was replying to renewed criticism on Twitter by Esther Voet, editor-in-chief of the NIW Dutch-Jewish weekly, and others.