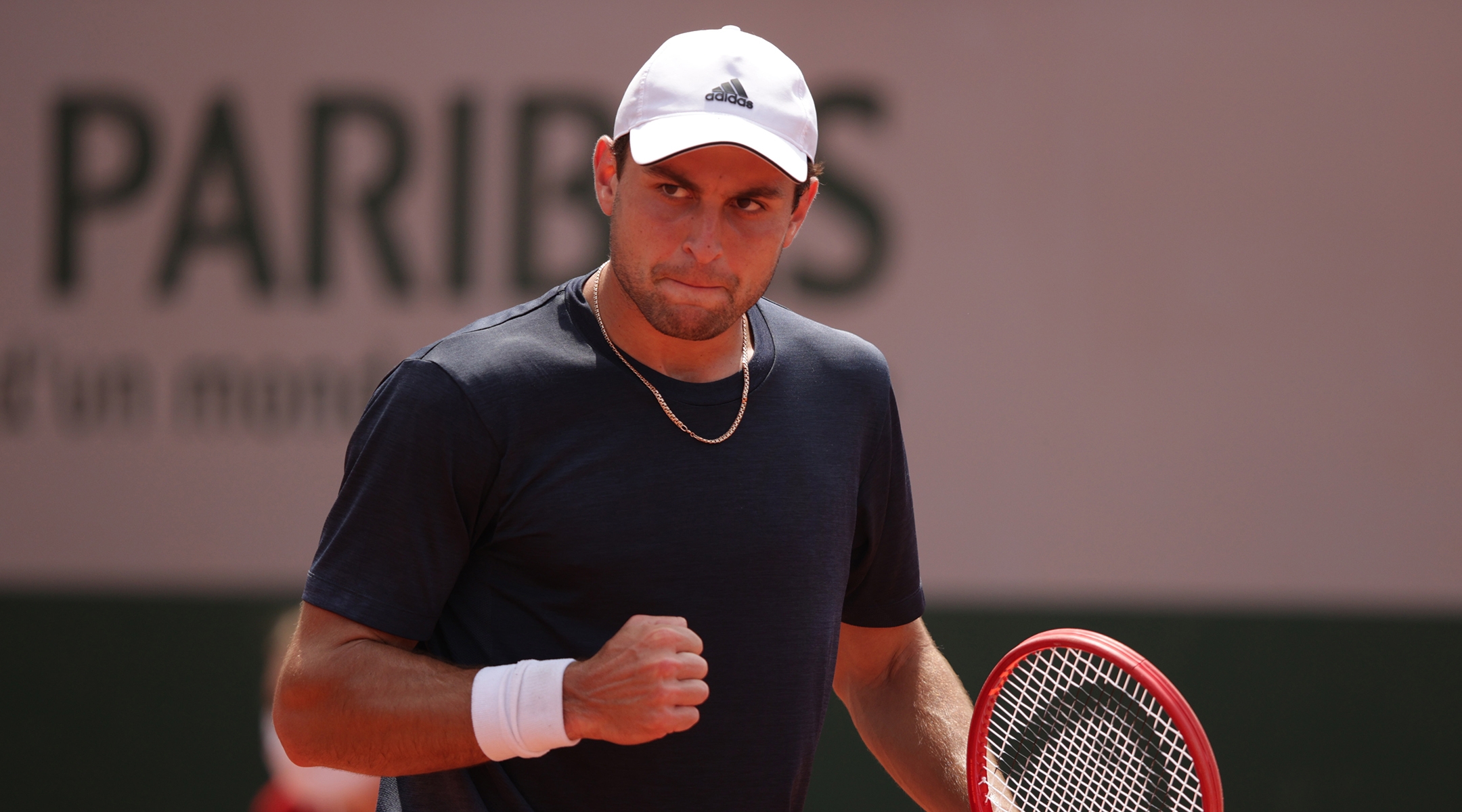 Aslan Karatsev is shown during a singles match at the French Open in Paris, June 3, 2021. The Russian-Israeli player is into the finals in the Grand Slam event's mixed doubles tournament. (Adam Pretty/Getty Images)
Advertisement

Maybe not: At the Australian Open in February, Karatsev had an amazing run, reaching the semifinals before losing to the eventual champion, Novak Djokovic. That was his first Grand Slam tournament in singles or doubles.

Karatsev and Vesnina now have their sights set on playing mixed doubles at the Tokyo Olympics starting next month.

Karatsev, 27, was born in the North Caucasus region of Russia. His maternal grandfather is Jewish, and he moved to Israel when he was 3 years old. He left at 12 and said the Israel Tennis Association’s lack of funding was a major factor pushing him to leave. His mother and sister remained in Israel.

Karatsev will be representing Russia in singles at the postponed Olympics due to his ranking, No. 26 in the world as of May, and he reached out to his fellow Russian Vesnina, 34, a women’s doubles champion, about the possibility of competing in the mixed doubles draw.

“We spoke before the tournament, like two months ago, and I asked her to try to play mixed with me,” Karatsev said. “I was asking her if she wants to play mixed because it’s a good opportunity to play [in the] Olympics together. She has a good experience. She’s had a great career in the past [and] she continues right now after she stopped for two years.” (Vesninia stepped away from tennis after giving birth to her daughter in November 2018.)

“I was honestly surprised when I saw the message from him,” Vesnina joked. “He texted me in February. He was like, ‘Oh hey, do you want to play mixed with me at the French?’ And I was like, ‘Aslan, it’s only February!’”

That text has paid off: Karatsev and Vesnina defeated the third-ranked Dutch team of Demi Schuurs and Wesley Koolhoof, 6-4, 6-1, in the semifinals on Tuesday. They will face American Desiree Krawczyk and Brit Joe Salisbury in the finals on Thursday.

Karatsev lost in the second round of the singles draw.