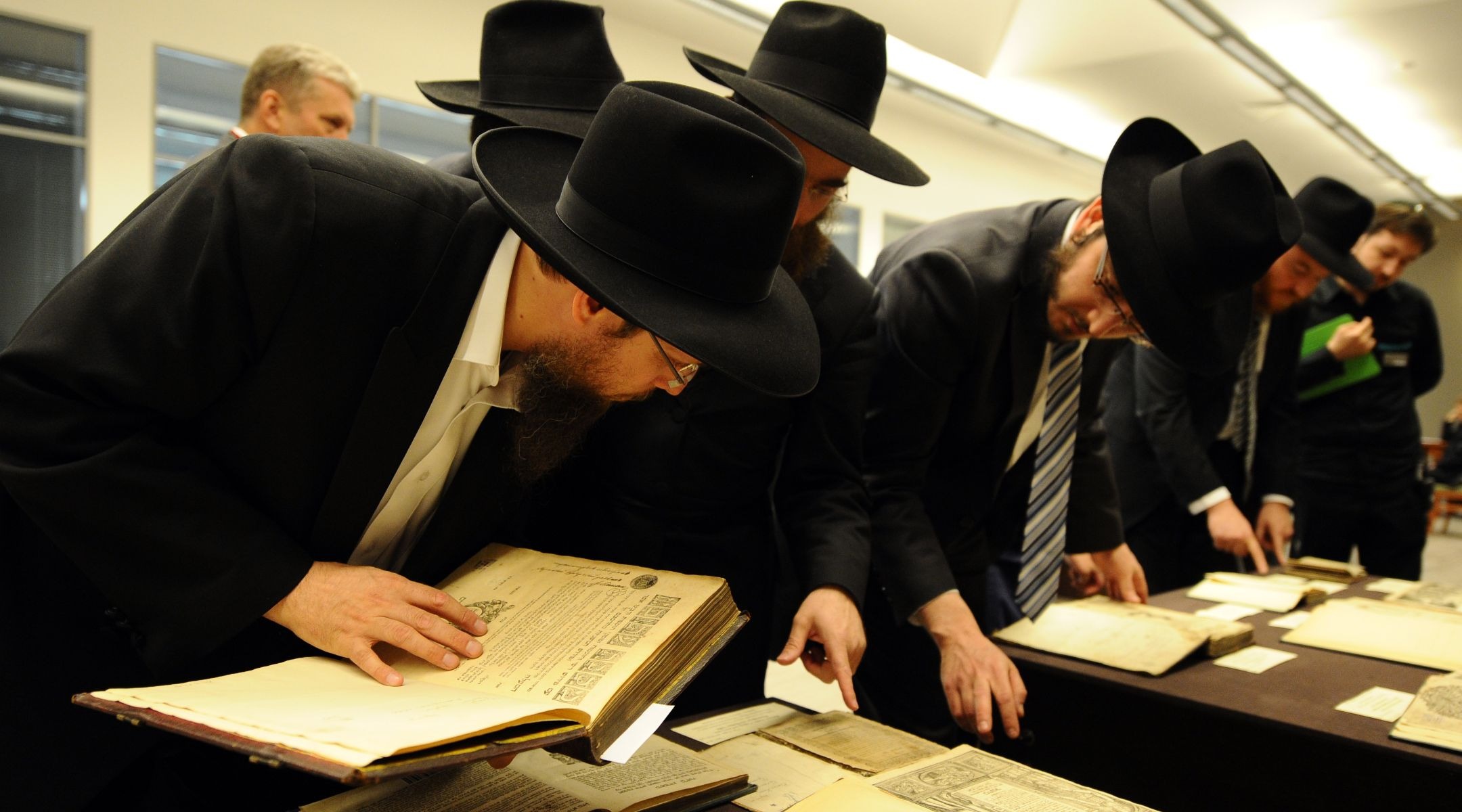 Members of Jewish community look at the books from of the Schneerson library displayed in the Jewish Museum and Tolerance Centre in Moscow, on June 13, 2013. (Yuri Kadobnov/AFP via Getty Images)
Advertisement

(JTA) — Escalating the legal dispute between Russia and the United States over the Schneerson collection of Jewish texts, prosecutors in Moscow sought an arrest warrant for an American rabbi.

The request for an international arrest warrant against Rabbi Shalom Dov-Ber Levine, the director and curator at the Central Chabad-Lubavitch Research Library, was reported on Wednesday by the news site MK. He is wanted for “failing to return cultural property” to Russia.

According to the report, the move is connected to seven manuscripts from the Schneerson library, a historic collection of 12,000 books and 50,000 documents named for Rabbi Joseph I. Schneerson, who led the Chabad Hasidic movement until his death in 1950.

Russia’s state archive is holding the collection inside the Jewish Museum of Moscow. In 2013, a U.S. judge ordered Russia to pay $50,000 a day in fines for failing to honor a 2010 ruling by the U.S. District Court in Washington, D.C., to hand over to the New York-based movement the entire library.

But Russia insists the library is part of its national heritage. In 2014, a Russian court demanded that the U.S. Library of Congress hand back seven precious Jewish texts to Moscow – and, in a tit-for-tat ruling, said it should pay a massive fine for every day it delays.

The request for an arrest warrant is over those seven books, which Chabad loaned in 1991 to the Library of Congress, MK reported.