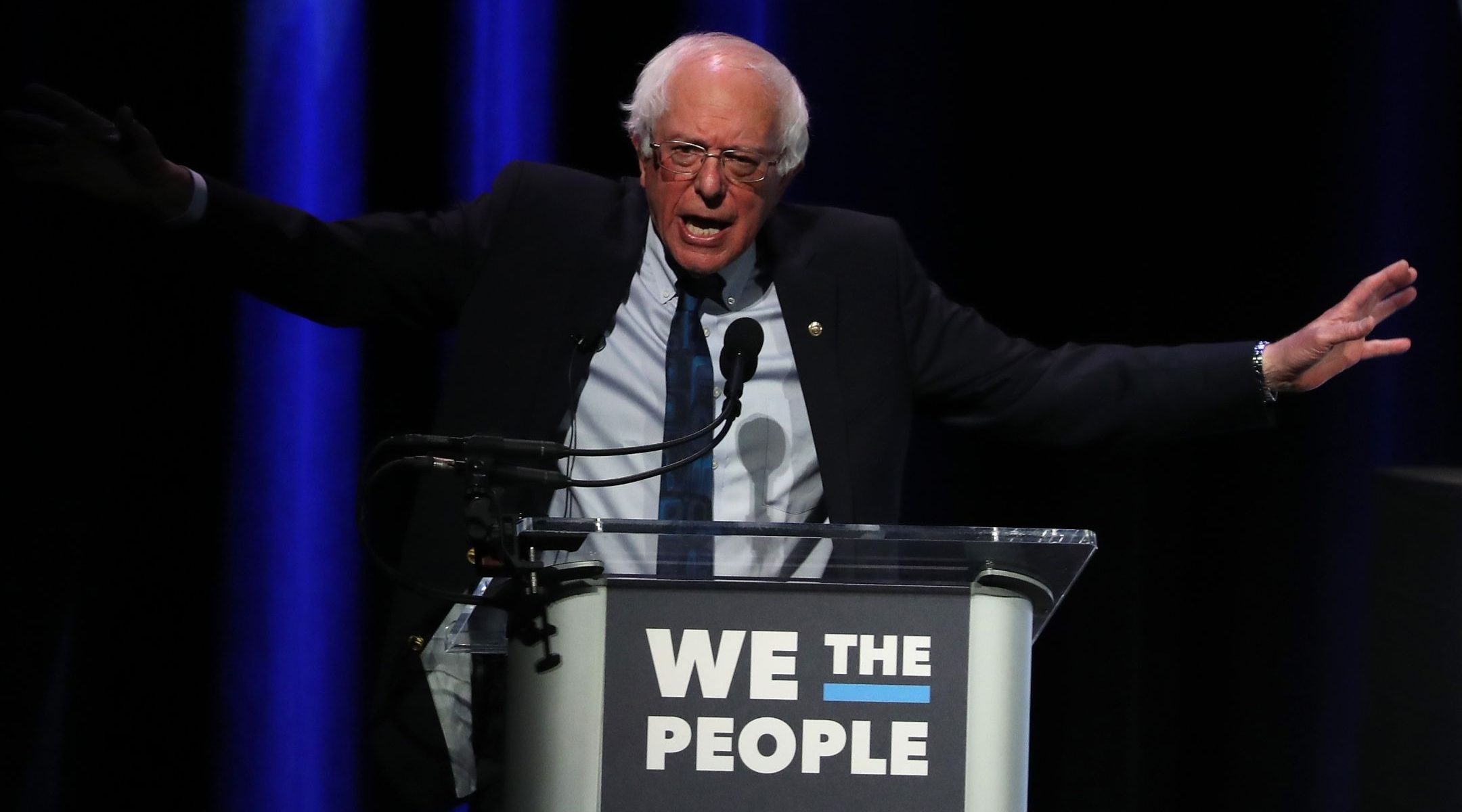 (JTA) — Sen. Bernie Sanders got a standing ovation at the Islamic Society of North America annual convention in Houston.

Sanders spoke on Saturday to the convention’s some 6,000 attendees, the first presidential candidate, along with Julian Castro, to address the gathering, the largest meeting of Muslim Americans.

“I am here today because I believe in the concept of solidarity, and the need for all of us, no matter where we come from or what our background is, to stand together in the struggle for justice and human rights,” Sanders said.

“We must speak out at hate crimes and violence targeted at the Muslim community and call it what it is: domestic terrorism.”

Sanders brought up his personal history as the “proud son of Jewish immigrants.”

“As some of you may know, the issue of hatred and prejudice is very personal for me,” he said, noting that family members who remained in Poland after Hitler came to power were murdered by the Nazis.

“And the lesson I learned from that experience is how important it is for all of us to speak out forcefully whenever we see prejudice and discrimination,” he said.

He reminded his audience that “in the wake of Trump’s Muslim ban, thousands of non-Muslims from all walks of life rushed to airports all across this country to stand in solidarity with Muslims.”

Sanders was introduced by his campaign manager Faiz Shakir, the first Muslim to manage a major presidential campaign.