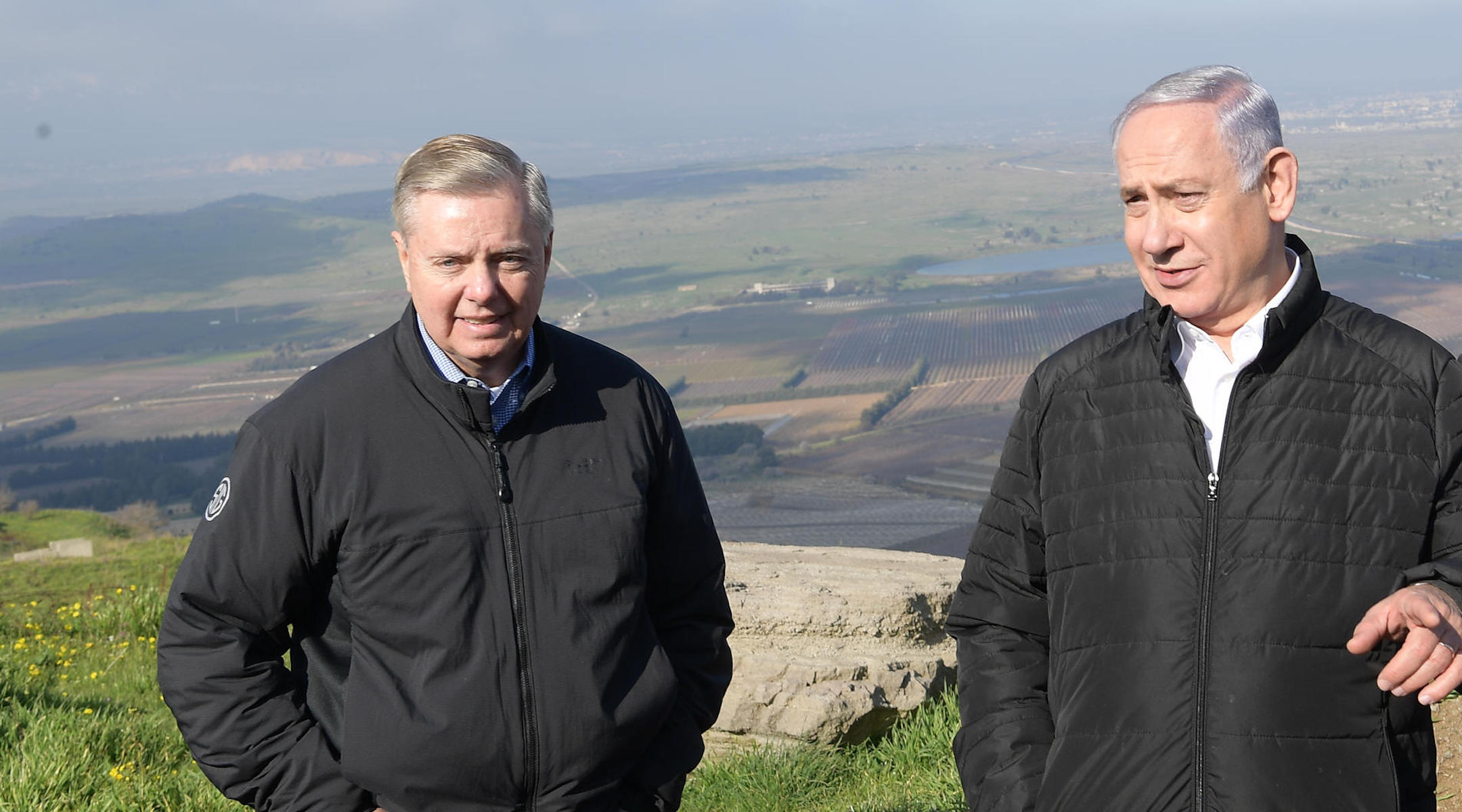 JERUSALEM (JTA) — Sen. Lindsey Graham said while visiting the Golan Heights that he will “start an effort to recognize the Golan as part of the State of Israel now and forever.”

Such recognition, particularly if it occurred before the April 9 national elections in Israel, would be a boon for Netanyahu in his attempt to remain prime minister.

Netanyahu in a statement in Hebrew called the remarks by Graham “a very important direction and very, very promising for our national security.”

Speaking of Graham and President Donald Trump, he said “They are taking this to a very concrete step – to keep the Golan as part of Israel. Otherwise our border will be with Iran on the shores of the Kinneret – and we are not prepared to accept that.”

In remarks in English, Netanyahu called Graham and Friedman “two of the greatest friends of Israel,” as well as his personal friends.

Netanyahu also emphasized that the international community must recognize the Golan as part of Israel.