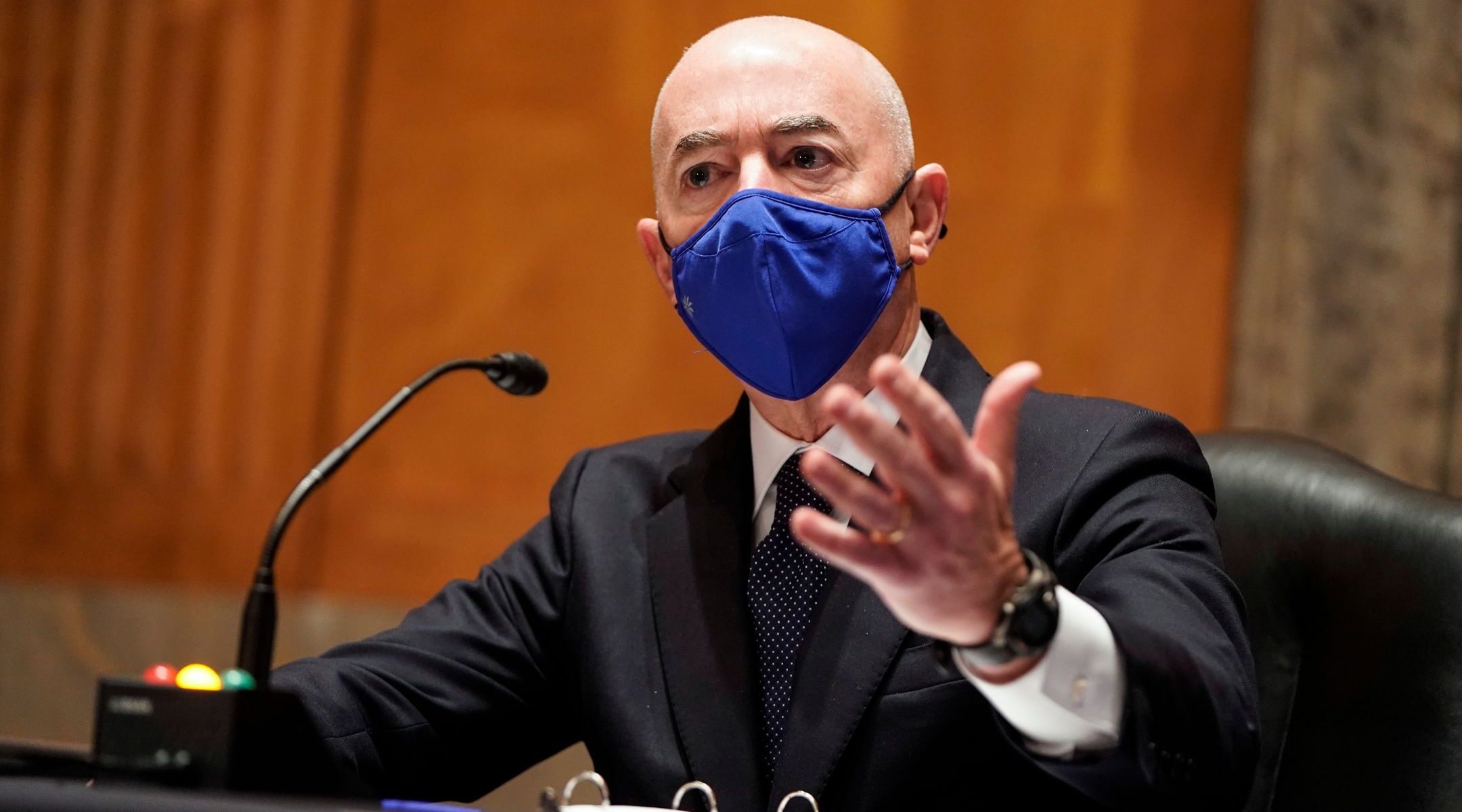 National Jewish groups had sought the confirmation of Mayorkas, who had served under President Barack Obama as deputy Homeland Security secretary and was known to the groups.

The nomination had been subject to partisan tussling and the 56-43 vote was closer than for other Cabinet picks of President Joe Biden.

Jewish groups had pressed for a fast confirmation, citing the pressing need to counter right-wing extremism, particularly in the wake of the deadly Jan. 6 insurrection at the U.S. Capitol by pro-Trump marauders who sought to prevent Biden from assuming the presidency.

Republicans opposed Mayorkas’ pledge to reverse some of former President Donald Trump’s restrictive immigration policies, although the nominee’s views stated during his confirmation hearings comported with those of Biden. Sen. Josh Hawley, R-Mo., placed a hold on the Mayorkas nomination.

Mayorkas is one of a number of Jewish Cabinet secretaries, including Antony Blinken in the State Department, Janet Yellen in Treasury and Avril Haines as director of national intelligence.