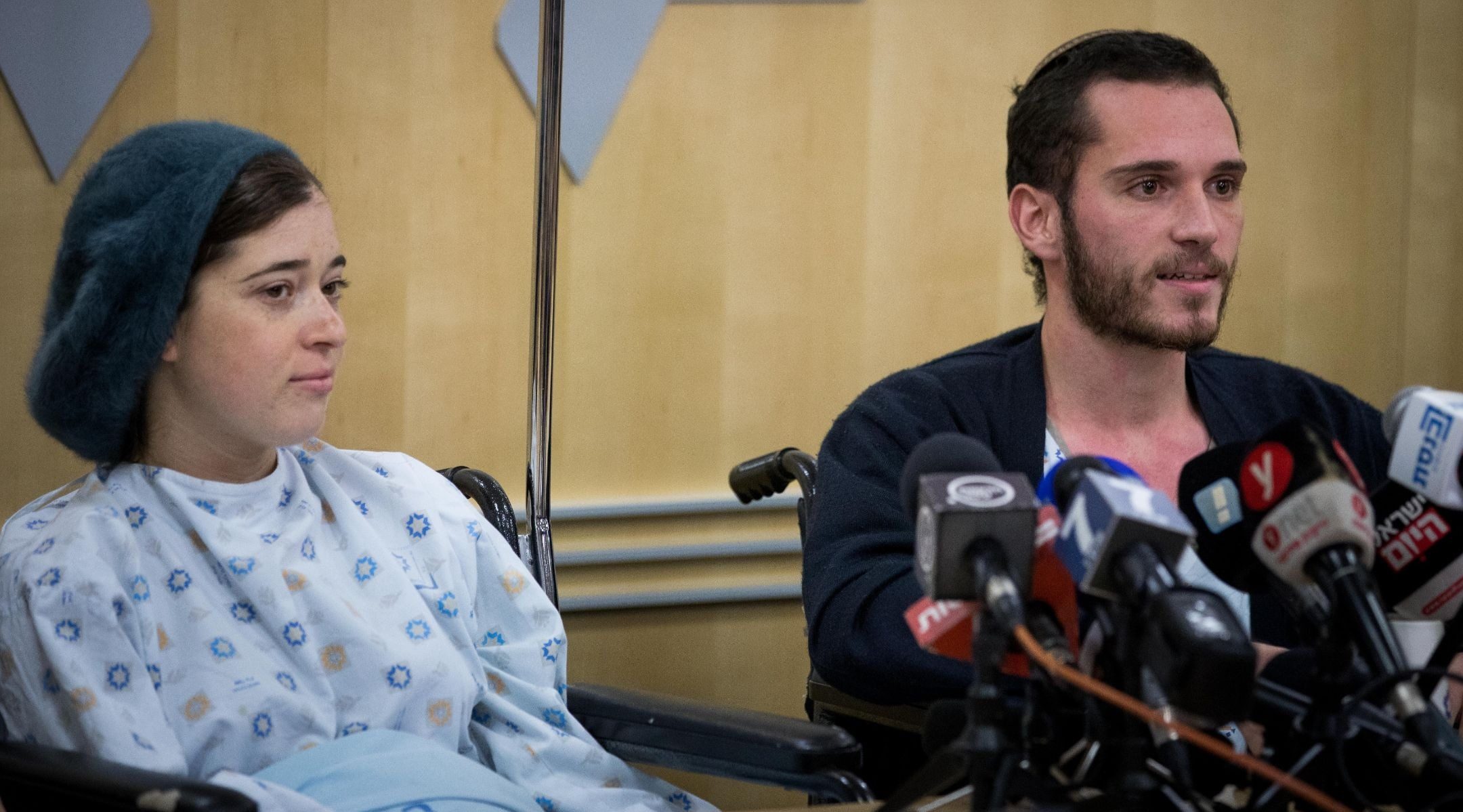 Shira and Amichai Ish Ran, whose prematurely delivered baby died three days after they were both injured in a West Bank terror attack near the settlement of Ofra, make their first public appearance at Shaarey Tzedek Medical Center in Jerusalem on Dec. 16, 2018. (Yonatan Sindel/FLASH90)
Advertisement

JERUSALEM (JTA) — The woman whose prematurely born baby died after she was shot in a West Bank terror attack last month left the hospital on her feet.

“We are a walking miracle,” Shira Ish-Ran told reporters as she left the hospital. “I arrived at the hospital lying down and left walking.”

Ish-Ran, who left leaning on a walker, was seriously injured in the shooting on Dec. 9 outside the Ofra settlement. Her doctor, Alon Schwarz, told reporters a week after the attack that she will need a long recovery period and is expected to be able to bear children in the future. Her husband, Amichai, was shot three times in the leg.

“It’s not clear to me how our rehabilitation has progressed so quickly and in such a good way,” Ish-Ran said. “Your prayers help, keep praying. I also want to thank the hospital staff, how much they did for us and with sensitivity, it’s just unbelievable.”

She also said she thanked God for the miracles every day.

The baby, named Amiad Yisrael, was delivered from his injured mother and died three days after his premature birth at 30 weeks gestation. His parents were able to hold him right before he died but were not able to attend his funeral.