Snakes at a kiddush: An Israeli museum is celebrating its baby pythons with a traditional ceremony 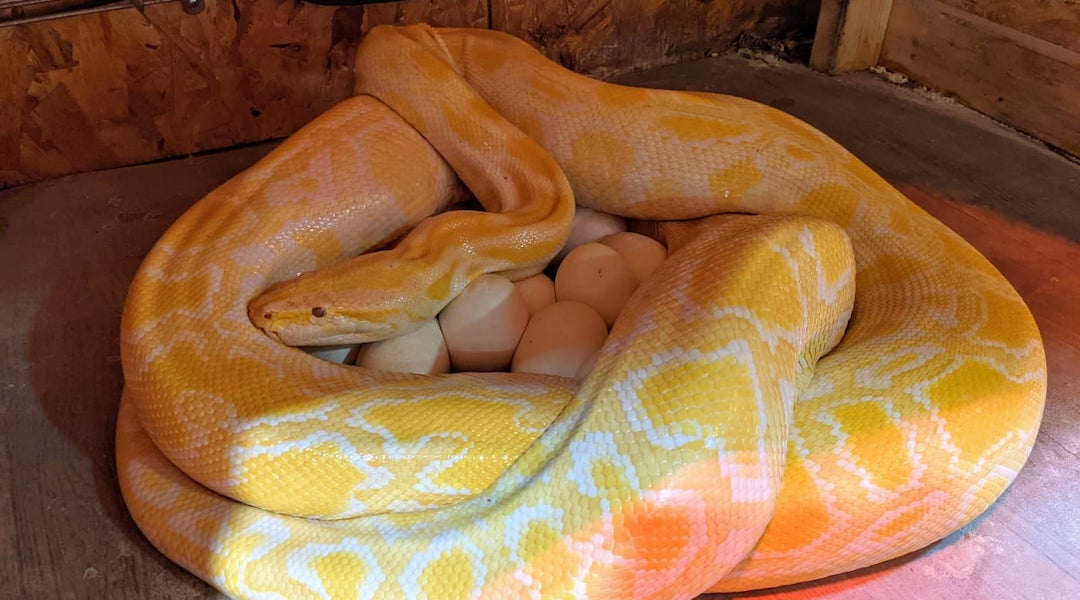 Shayna, a 12-foot albino Burmese python, with her recent batch of 38 eggs. (The Biblical Museum of Natural History)
Advertisement

(JTA) — Shayna and Cuddles are unlike many new parents in Israel, in that they are pythons. But that doesn’t mean their offspring won’t be feted in a traditional way.

Israel’s Biblical Museum of Natural History is holding a public kiddush on Friday to celebrate the first baby snakes that have emerged from a crop of 38 eggs that Shayna, a 12-foot albino Burmese python, laid several months ago. 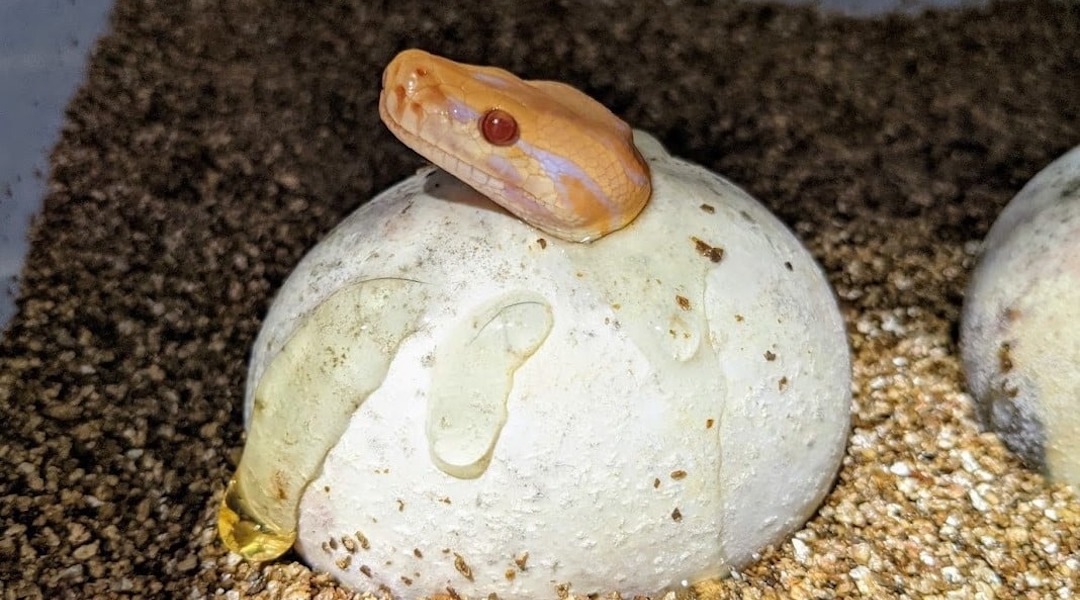 One of Shayna’s babies hatches at the museum. (The Biblical Museum of Natural History)

“Waiting and watching has been an incredible experience and opportunity to share more about these amazing creatures, and there is no more fitting way to celebrate their entrance to the Biblical Museum of Natural History, than with a traditional, haimish Kiddush!” said Rabbi Natan Slifkin, the museum’s director and founder, in a press release announcing the event. 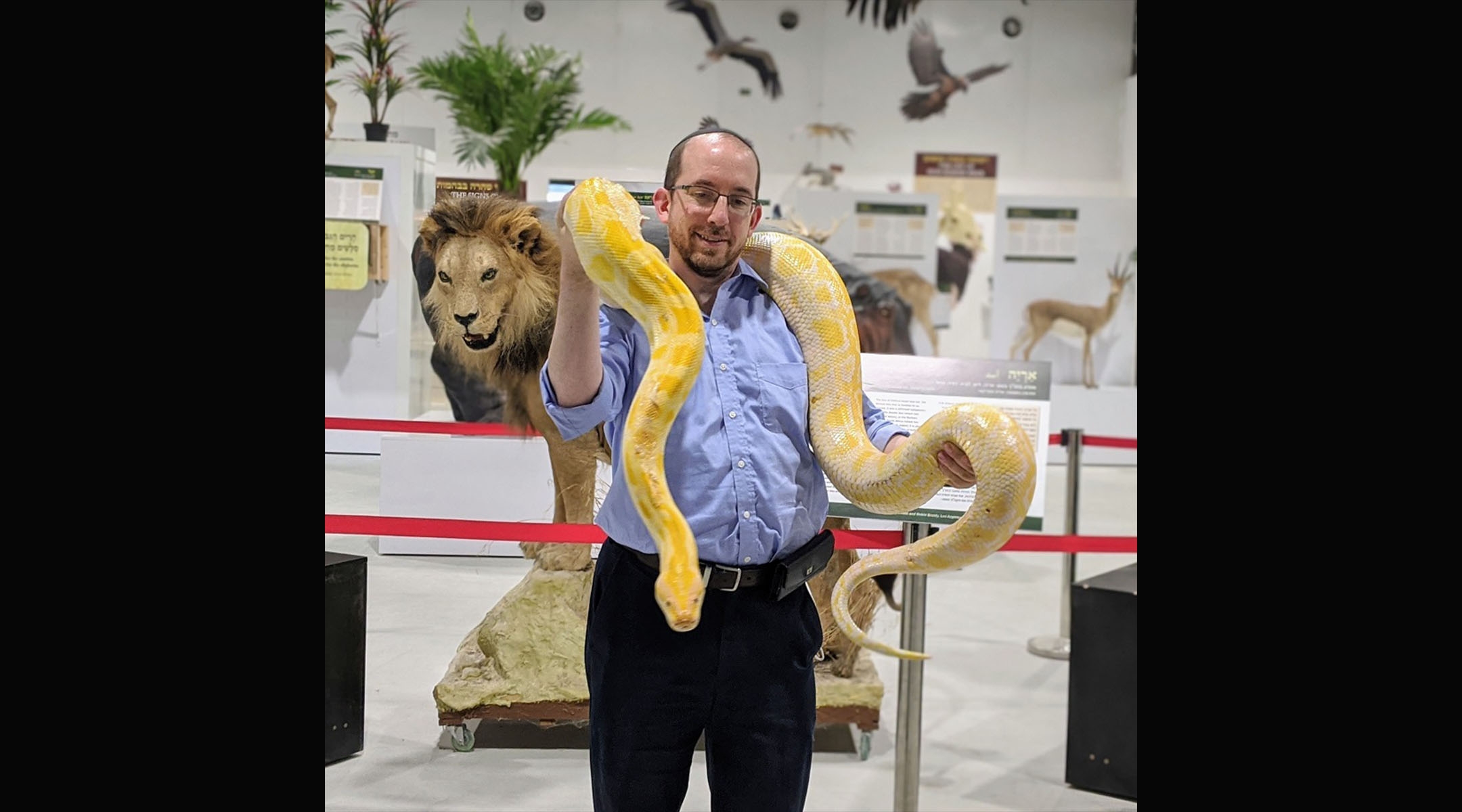 It’s the first time that the museum, which Slifkin opened in 2014, has held a kiddush, the celebratory Jewish ceremony associated with Shabbat services and festive occasions. The event will include refreshments; an opportunity for visitors to meet Shayna, Cuddles and their babies; and a lesson about Jewish perspectives on snakes. 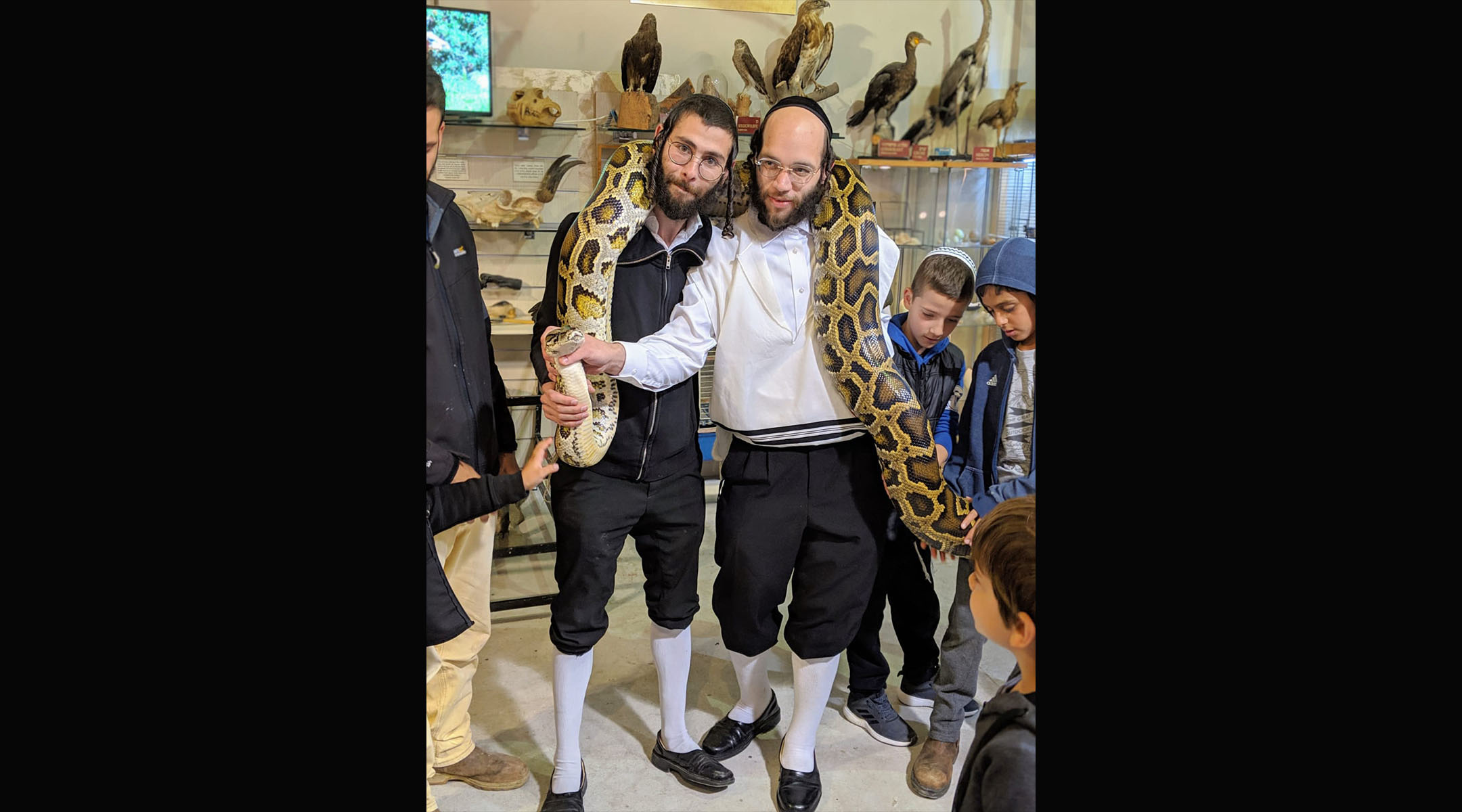 Slifkin is an Orthodox rabbi who has published multiple books on the intersection between animals, zoology and Torah, such as “Sacred Monsters: Mysterious and Mythical Creatures of Scripture, Talmud and Midrash” and “In Noah’s Footsteps: Biblical Perspectives on the Zoo.” His works have been banned in some haredi Orthodox communities over his views on evolution.