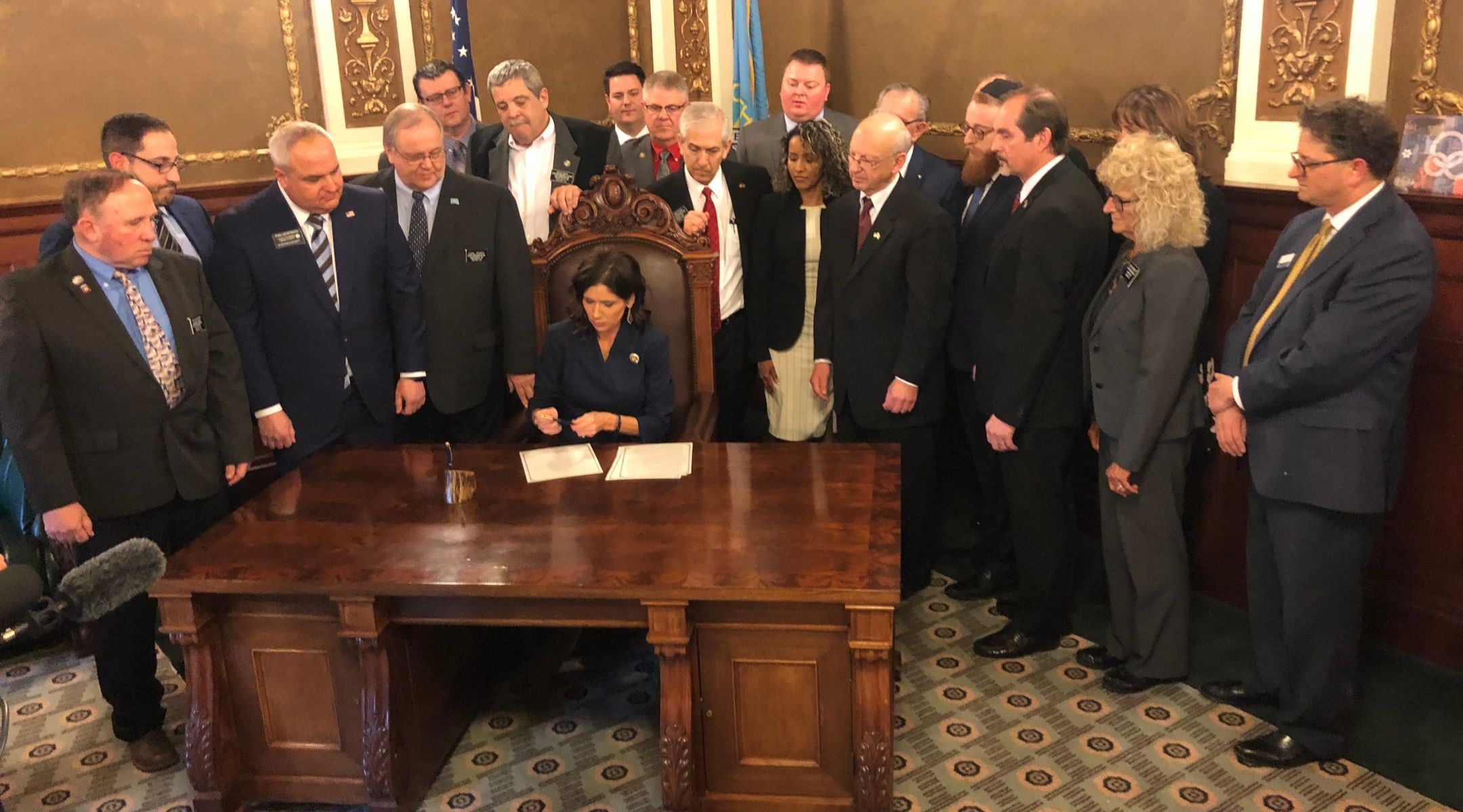 South Dakota is the 28th state to have enacted an anti-Israel boycott executive order or legislation.

Its measure requires vendors who want to contract with South Dakota agencies, authorities, commissions, departments or institutions not to work with companies that participate in boycotts of Israel. It applies to companies or contractors with more than five employees and on contracts of $100,000 or more.

Noem signed the order in the capitol Rotunda in Pierre an hour before her State of the State address, which marked the beginning of the state Legislature’s 2020 session. She visited Israel in 2013 while serving as a member of the U.S. House of Representatives.