Students at Oxford call for provision that would prohibit kosher meat 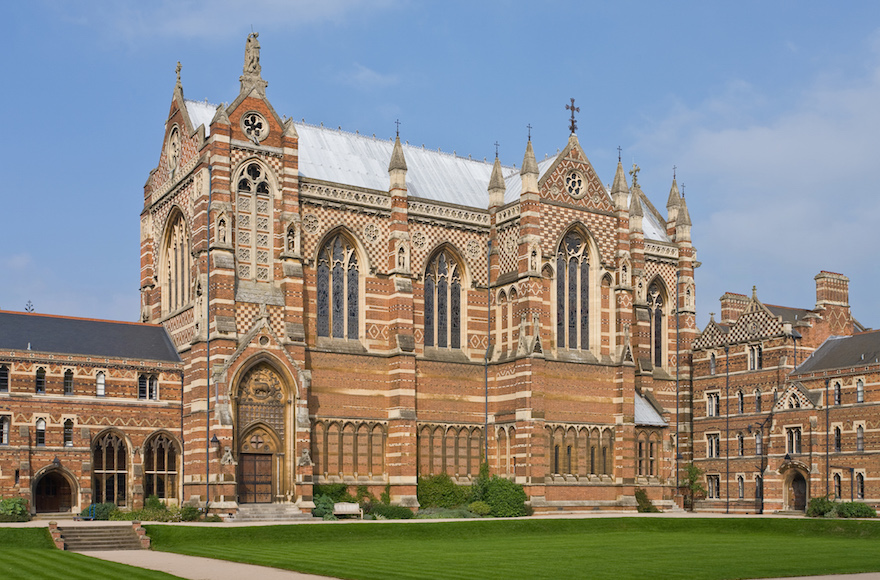 A view of Keble College, one of the constituent colleges of the University of Oxford (Wikimedia Commons)
Advertisement

The Junior Common Room, a student government association at Oxford’s Somerville College, called on the college to only serve meat that has been stunned before being killed, according to the BBC. That requirement would exclude kosher meat, which cannot be stunned before slaughter.

A spokesman for the college said the college is looking into the request, but will also be expanding its kosher and halal meat offerings.

“We want all our students to feel comfortable and well looked-after, including at meal-times,” the spokesman said, according to the BBC. “We are looking into expanding our provision of halal and kosher meat, and also providing more lactose-free, gluten-free and meat-free options, following a request by the JCR.”

The president of the university’s Jewish society, Nicole Jacobus, told the BBC that the vote harms diversity at Oxford.

“The vote to ban kosher food only makes the diversity issue worse, as it shows that Jewish students are not only poorly provided for, but that they cannot actively practice as Jews at Somerville,” she said. “This reflects badly on the whole of the Oxford student community.”

Previous years have seen repeated allegations of anti-Semitism from student activists at Oxford.