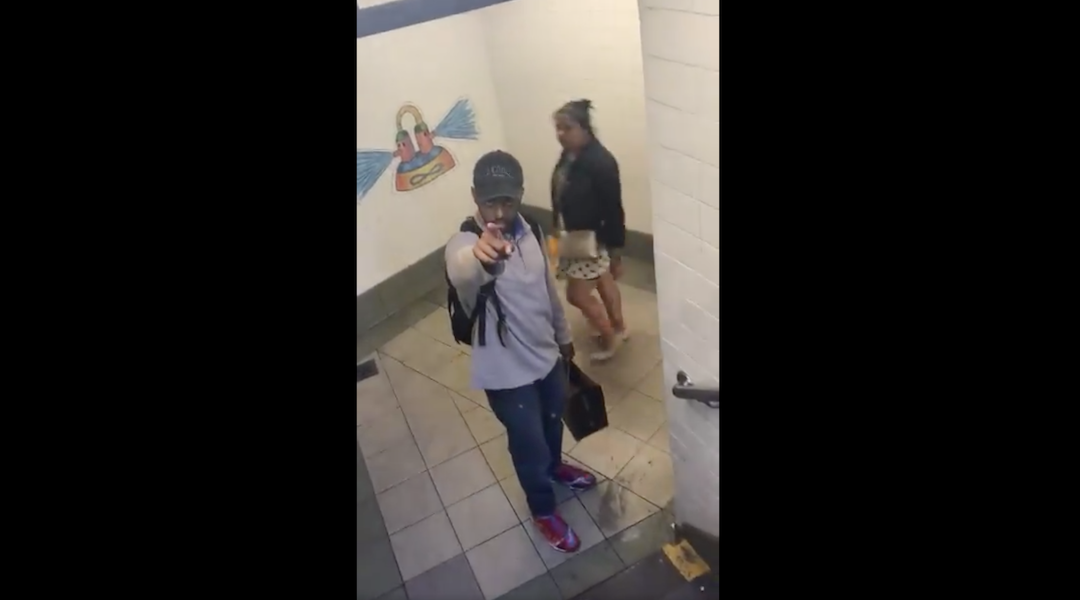 (JTA) — A New York activist who is gay and Jewish tweeted a video he took on his cellphone of a stranger who approached him at a Manhattan subway station and demanded he remove his pink kippah.

The man told Adam Eli that he was “desecrating the name of God.” In addition to the pink kippah, Eli was carrying a pink bedazzled purse and wearing a denim jacket with a rainbow patch and the words Never Again is Now surrounding an upside-down pink triangle.

“Stay in the closet,” the man, who has not been identified, also shouted. “Make sure your closet is in another closet … this is not Judaism!”

The man followed Eli for several blocks before Eli, fearing for his safety, ducked into a store in an effort to get away. He did not file a police report.

As of Wednesday afternoon, the video has been viewed 1.2 million times.

Eli is the founder of Voices 4, an advocacy group that raises the voices of queer people around the world through social media.

His tweet caught the attention of New York Mayor Bill de Blasio, who retweeted the video.

and  “It takes courage to confront homophobia and tell a story like this,” wrote de Blasio, a Democratic presidential candidate. “I’m sorry you had to go through this, Adam. But we’re proud of how you responded. There’s no place for hate in this city.”

THREAD: Trigger Warning: violent speech, harassment. I got harassed, followed and threatened on the street today. Someone was upset that I was wearing a pink kippah, carrying a purse and had a pride patch sewn onto my jeans. I am sharing the encounter for three reasons. pic.twitter.com/Y9HWiX2nSs