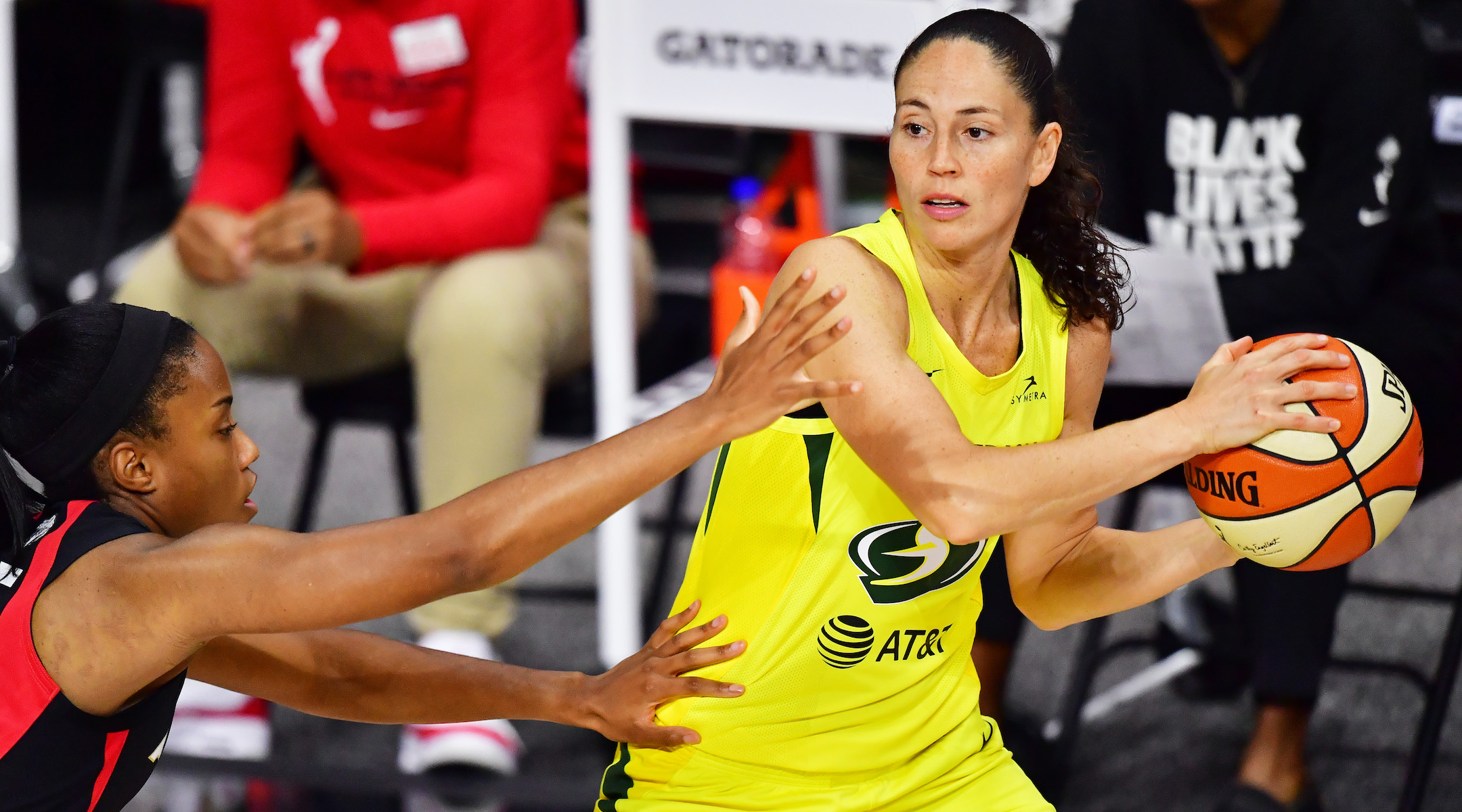 (JTA) — Sue Bird turns 40 in two weeks, but the Jewish basketball star is showing no signs of slowing down any time soon.

Currently playing in the WNBA finals with the Seattle Storm, Bird set a record for most assists in a single playoff game on Friday night: 16. That beats the previous record of 11 — which was also set by Bird (tied with seven other players).

“I’m 39 years old, I’m not what I was physically when I was 21,” Bird told the Athletic. “I feel like younger players now when they play against me, they probably think this is always how I’ve been, but there was a faster version. A faster, quicker version did exist. But she wasn’t as smart.”

The 16 assists were also Bird’s career high in a single game, and Bird remains at the top of the WNBA career assists list.

Bird, whose father Herschel is Jewish, became an Israeli citizen in 2006 while playing for a team in Russia (European teams only can have two Americans on their roster at a time, so Bird played using her Israeli passport to help the team acquire more American players). But her new citizenship also became a way for her to connect to her Jewish identity.

“I was able to learn a lot about a culture that I probably wouldn’t have tapped into otherwise,” she told the Washington Jewish Museum about a short stint living in Israel.