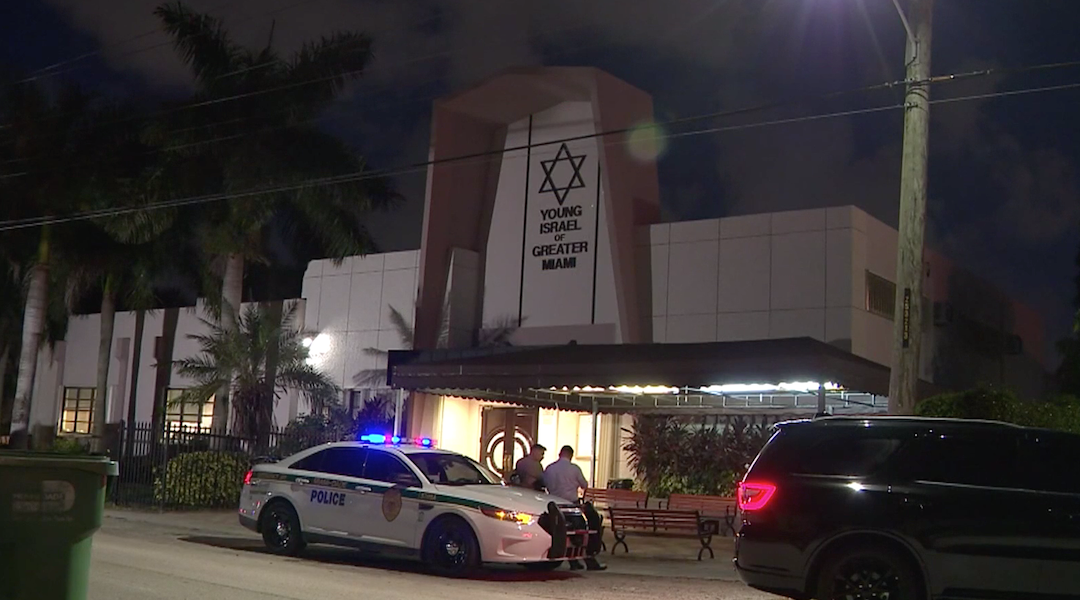 The Young Israel of Greater Miami synagogue on the night of the shooting, July 28, 2019. (Screenshot from Local10.com)
Advertisement

(JTA) — A man arrested last month in the shooting of a 68-year-old man outside a synagogue in Miami, Florida, was charged with a hate crime.

Carlints St. Louis, 30, was arraigned last week in criminal court in Miami on charges that include one count of attempted first-degree murder with a deadly weapon with prejudice; one count of discharging a firearm in a vehicle; and one count of battery of aggravated battery of a person 65 years of age or older.

In late July, Yosef Lifshutz was shot six times in the leg as he stood outside the Young Israel of Greater Miami waiting for daily prayers to begin. Lifshutz, also known as Warren, required surgery.

St. Louis was taken into custody by Miami-Dade Police on Aug. 21, a day after he filled out a report with a nearby police department claiming that a firearm had been stolen from his black Chevy Impala — the car police were seeking in the synagogue shooting.

He was ordered held in jail without bond. A trial date has been set for Dec. 2, the NBC Miami affiliate reported.