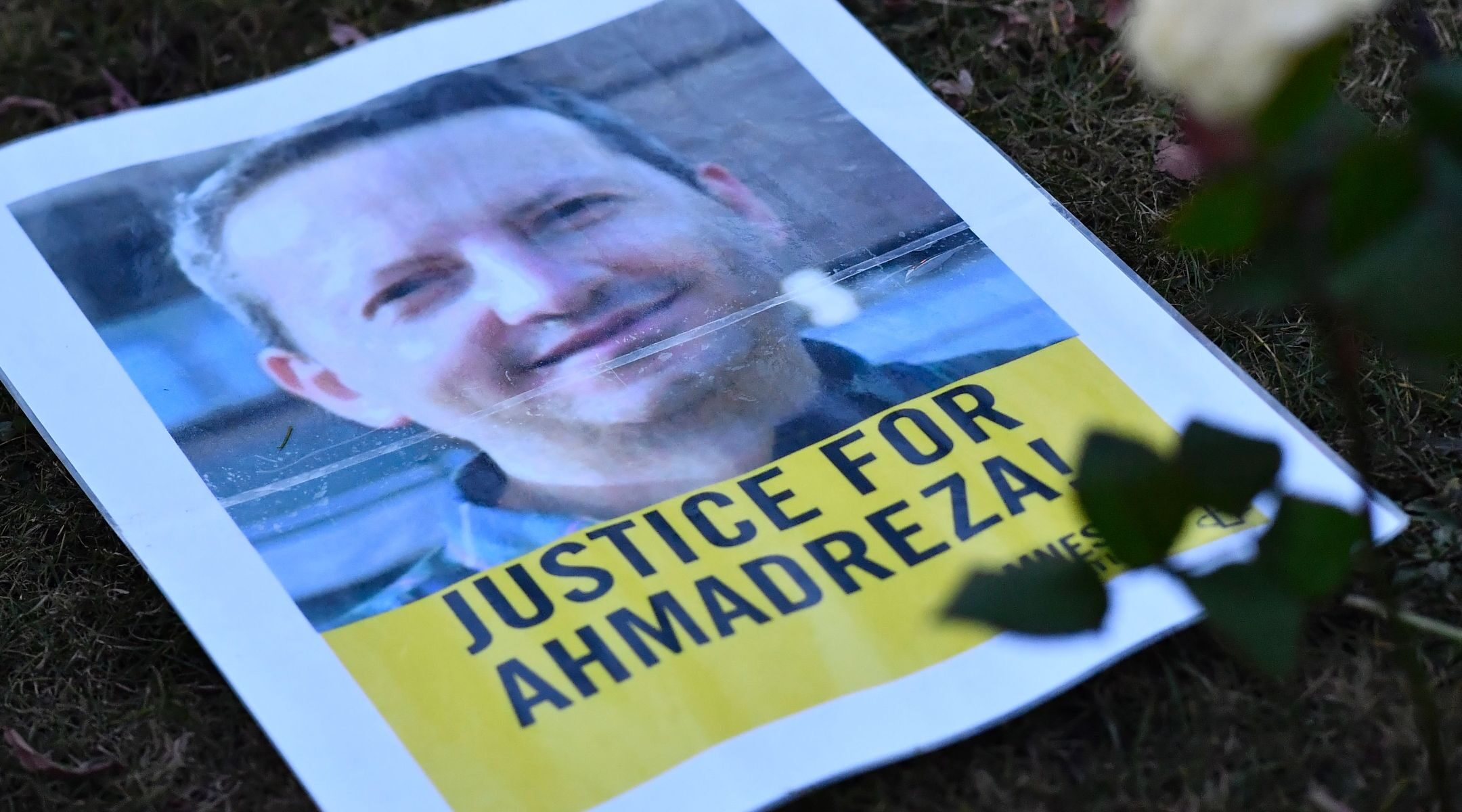 A flyer displayed during a protest outside the Iranian Embassy in Brussels, Belgium, for Dr. Ahmadreza Djalali, Feb. 13, 2017. (Dirk Waem, AFP via Getty Images)
Advertisement

(JTA) — The Swedish foreign minister pleaded with Iran to spare the life of a Swedish-Iranian physician who was convicted on charges that he was spying for Israel, saying they were trumped up.

“Sweden condemns the death penalty and is working to ensure that the verdict against Ahmadreza Djalali is not enforced,” Ann Linde said Tuesday on Twitter, adding that she had spoken to her Iranian counterpart, Javad Zarif.

Djalali, a renowned emergency medicine physician, was visiting Iran in 2016 when he was arrested. He was charged with, among other things, spying for Israel.

The doctor has told human rights groups that his confessions in 2017 were extracted by torture and threats against his family. He also said the charges were retaliation for refusing to spy for Iran.

Djalali told his wife that he was moved in recent days to a different prison to prepare him for execution.