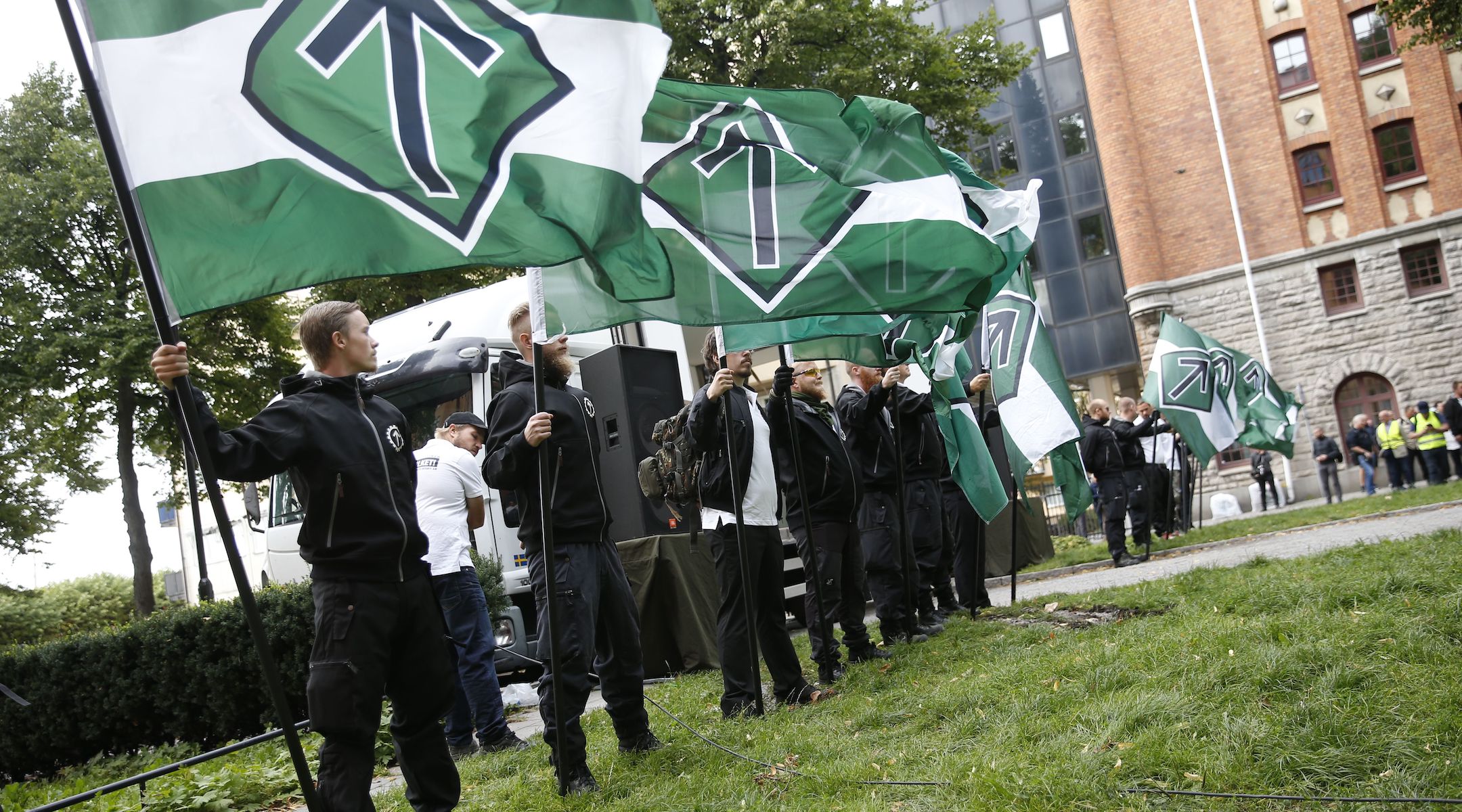 Supporters of the neo-Nazi Nordic Resistance Movement, shown in Stockholm in 2018, disrupted a Holocaust survivor exhibition in the city of Visby. (Fredrik Persson/AFP/Getty Images)
Advertisement

(JTA) — Neo-Nazis in Sweden blocked the entrance to an exhibition of portraits of Holocaust survivors and intimidated visitors already viewing the display.

In the incident Tuesday in the southern city of Visby, several men from the Nordic Resistance Movement gathered outside the venue displaying the exhibition “Fading Stories – pass them on” by the Raoul Wallenberg Academy and photographer Sanna Sjosward.

In this week’s incident, the men tried to block the entrance but one woman pushed passed them, leading them to follow her inside.

“Three Nazis followed and also went into the room,” she told Expressen. “Inside they yelled “F***ing myths.”

Police arrived at the scene but did not arrest the neo-Nazis, who left the premises.

“It was unpleasant. It was very clear that they were here intimidate,” another witness told Expressen.

In 2015 and 2017, skinheads twice disrupted lectures in Swedish schools by Holocaust survivors.