Tens of thousands of Israelis renew protests against Netanyahu 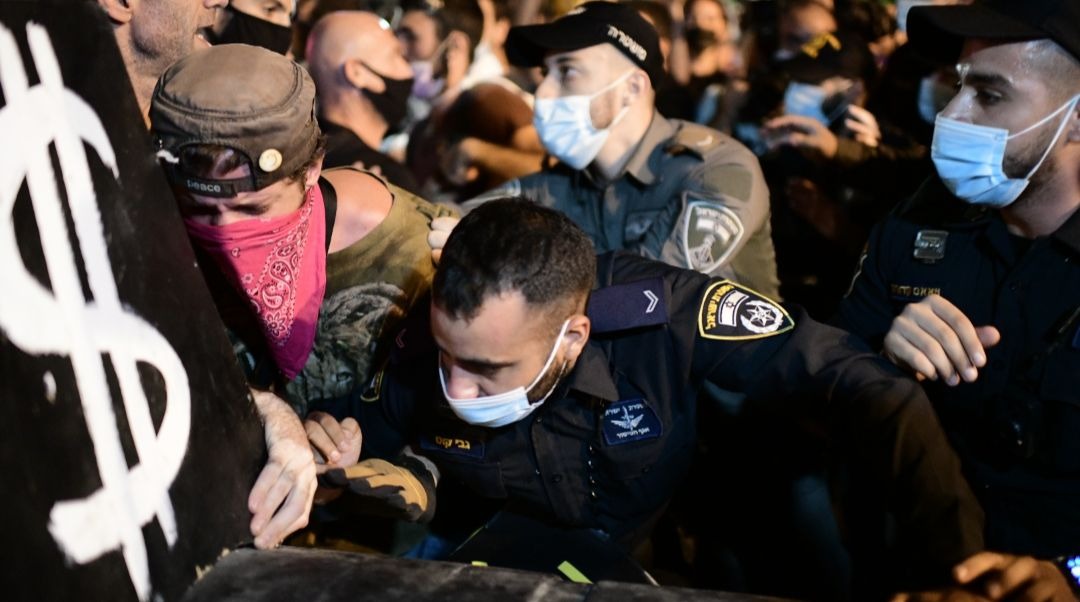 (JTA) — Tens of thousands of Israelis reportedly demonstrated against Prime Minister Benjamin Netanyahu in hundreds of sites across Israel on Saturday night, renewing a movement that had been halted by a sharp second wave of the coronavirus.

The country’s second COVID-19 lockdown has kept Israelis from going far from their homes, so many smaller protests erupted in different locales. For instance, fewer than 100 people gathered in Jerusalem’s Paris Square, the site of large past protests. A group of people on bicycles were fined for trying to ride in front of Netanyahu’s private home in Caesarea earlier on Saturday.

But as they did regularly for months earlier in the year, the protesters decried Netanyahu’s botched coronavirus pandemic response, his handling of the economy and his alleged involvement in multiple corruption scandals. Hundreds were able to gather in Tel Aviv, including many in Rabin Square and Habima Square.

Police claimed that there were several injuries due to protester violence.

Israel is in the midst of a strict second nationwide lockdown instituted to stop the rapid spread of the coronavirus. On Saturday, a report claimed that the health ministry believes the lockdown will last for months.