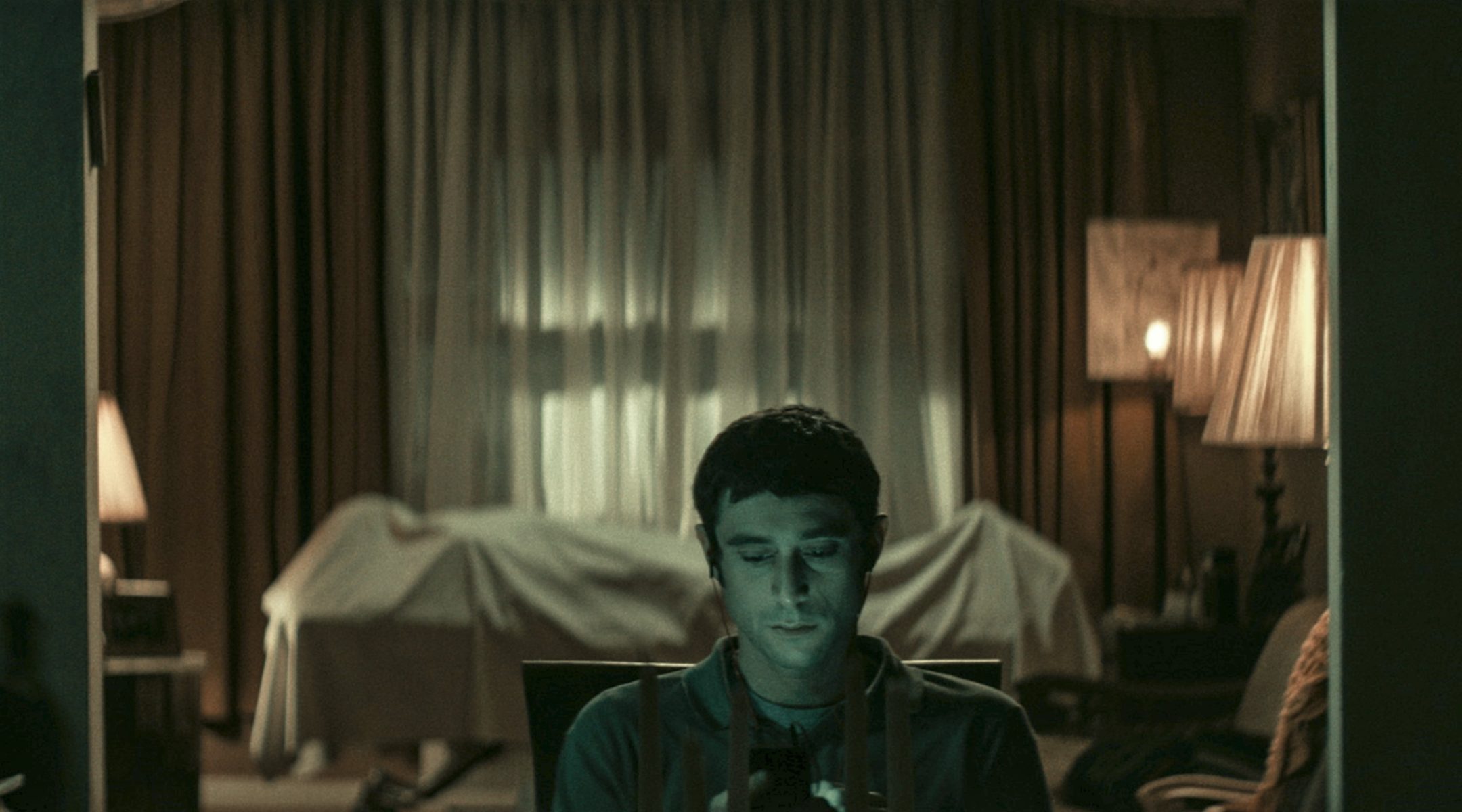 (JTA) — The latest film from a production company behind a string of low-budget horror hits centers on a terrifying night spent carrying out an important Jewish burial ritual.

“The Vigil,” out in the United States in August, is about a formerly observant Jew who is recruited to stand guard over the body of a Holocaust survivor who dies in Brooklyn’s Hasidic Borough Park neighborhood. (Jewish law requires bodies to be accompanied from death to burial.)

The movie comes from Blumhouse, the production company that is responsible also for “Get Out,” “The Purge” and other recent horror movies.

Much of “The Vigil” appears to be in Yiddish, and it stars actors who have previously appeared in Jewish-themed productions. They include at least two people who grew up in Hasidic communities: Malky Goldman, who most recently appeared in “Unorthodox,” and Menashe Lustig, who starred in a 2017 semi-autobiographical feature film, “Menashe,” that was the among the first movies in the modern era to be scripted in Yiddish.