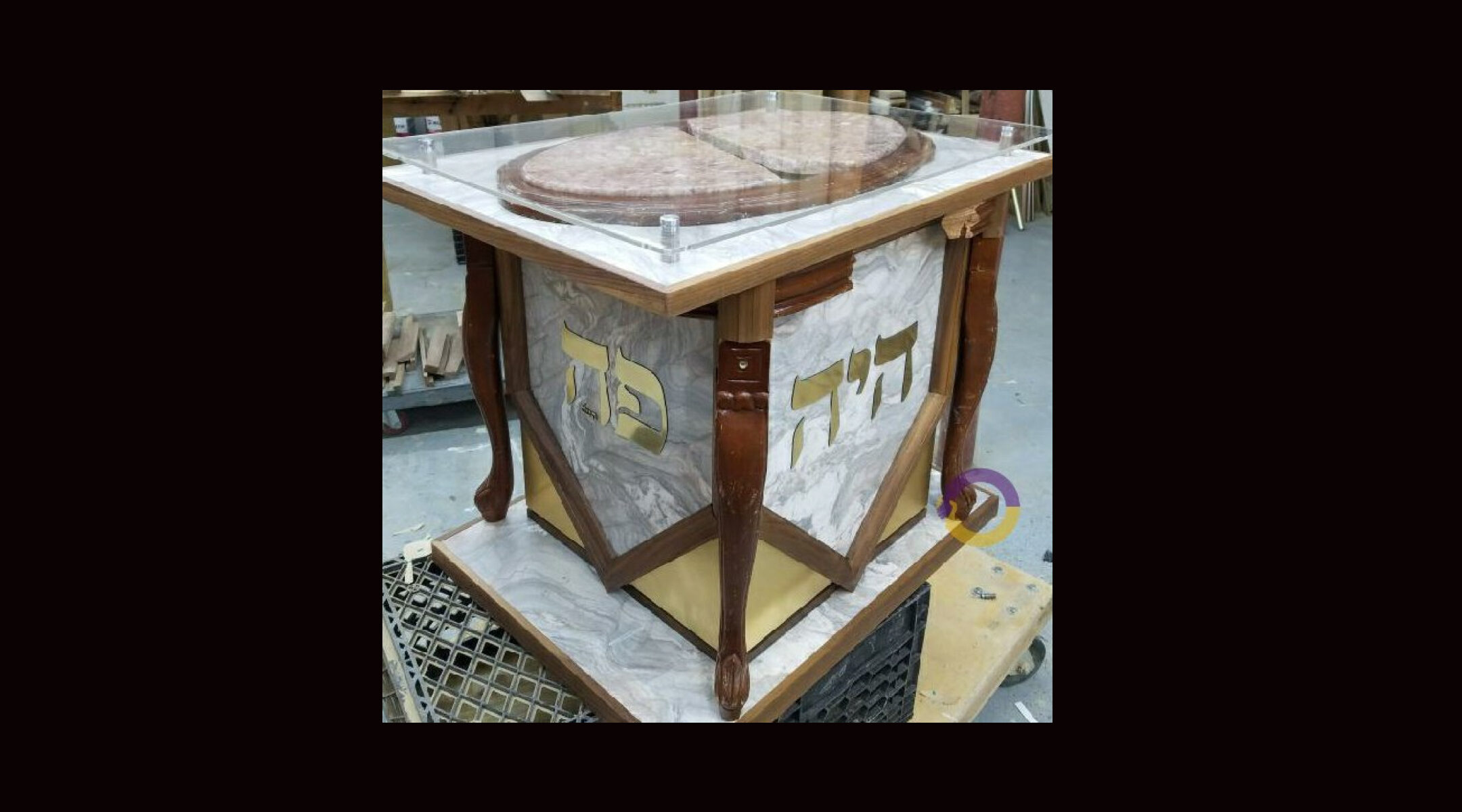 (JTA) — When a masked man entered a rabbi’s home in Monsey, New York, on the seventh night of Hanukkah last year, Joseph Gluck thought quickly. He picked up a coffee table and threw it at the attacker, who subsequently followed Gluck outside the house before trying to enter a synagogue next door. The door was locked and the intruder fled.

That coffee table turned defensive weapon has been turned into a dreidel-shaped menorah stand to memorialize Monsey’s own Hanukkah miracle. Emblazoned on its sides are the Hebrew words marked on dreidels typically in Israel — “A big miracle happened here.” (Most outside of Israel are engraved with “a big miracle happened there,” referring to the miracle of the Hanukkah story in which the oil in the Temple lasted for eight days.) In the case of the stand, the miracle is even closer to home.

Rabbi Yisroel Kahan, a leader in Monsey and a member of the Rockland County Human Rights Commission, posted a photo of the coffee table and the menorah stand to Twitter on Friday. That table, by the way, broke after Gluck’s heave at the intruder.

One guest at the Hanukkah celebration was severely injured in the attack and subsequently died of his injuries.

The coffee table that Joseph Gluck threw at the attacker during the #MonseyStabbing, at Rabbi Rothenberg's Chanuka celebration last year, was transformed into a #Menorah stand replicating a #Dreidel, with the hebrew inscription "A Big Miracle Happened Here".