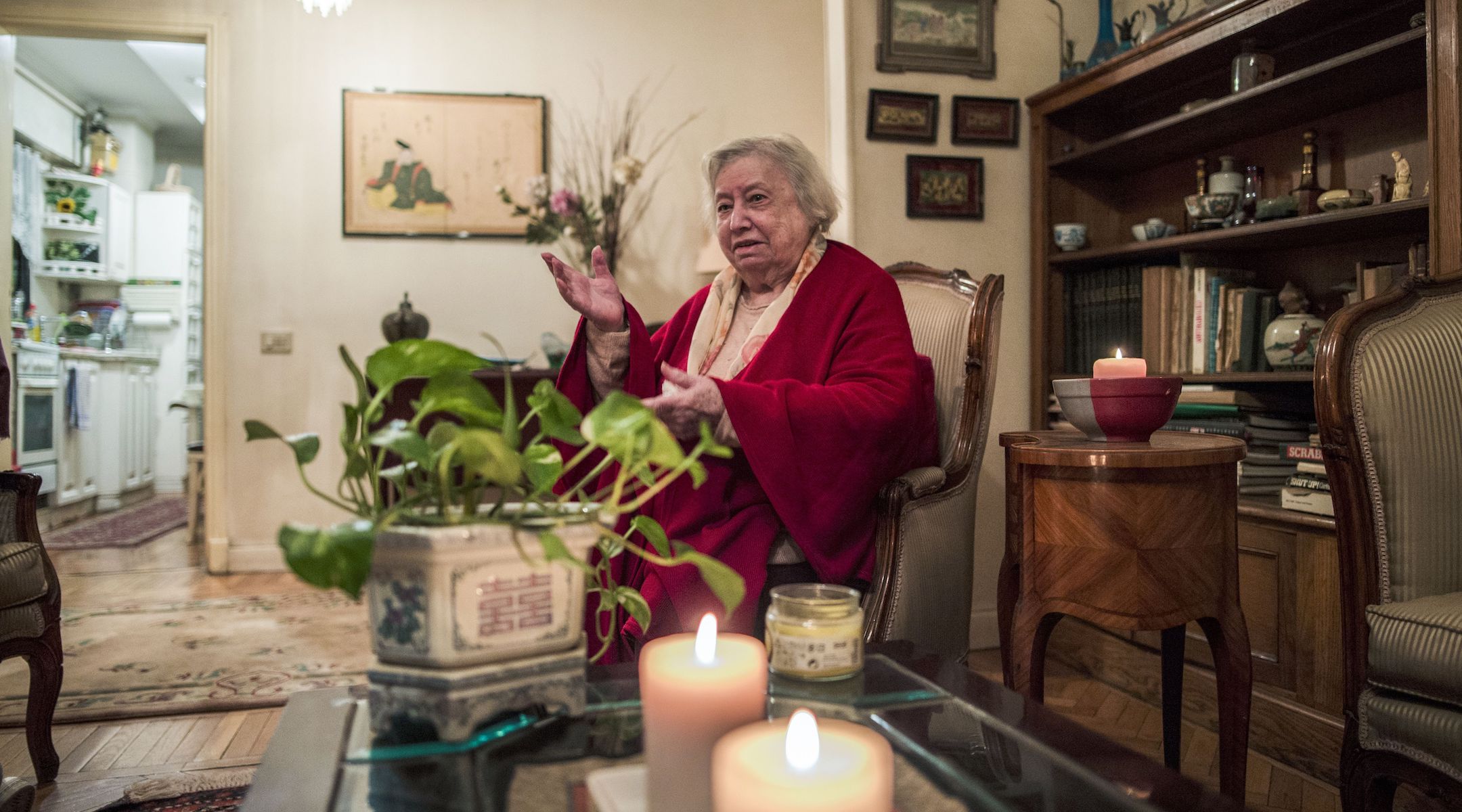 Marcelle Haroun, the widow of former prominent Egyptian Jewish lawyer Shehata Haroun and the mother of the president of the Egyptian Jewish Community Magda Haroun, speaks during an interview at their home in Cairo, Feb. 11, 2017. (Khaled Desouki/AFP/Getty Images)
Advertisement

(JTA) — Marcelle Haroun, mother of the current president of Cairo’s Jewish community, has died at the age of 93.

Her death, announced on Saturday, leaves five Jews known to be living in Cairo, Watani International reported. They are Haroun’s daughter, Magda, who heads the minuscule community, and four granddaughters.

However, JTA received an email this week from a woman saying her mother has an Egyptian ID with her religion being Jewish and attends the synagogue for events and thus should be counted as part of the community.

The AFP news service reported in March 2017 that there were also 12 Jews living in the coastal city of Alexandria.

Haroun was married to lawyer and politician Shehata Haroun, known as a Jewish anti-Zionist who was a member of the Communist Party of Egypt, according to the report. Her daughter told Tablet in 2013 that Marcelle was her father’s “comrade.”

Egypt was home to some 80,000 Jews when Israel was founded in 1948. Thousands began leaving in the ensuring years, and many more in two waves, in 1956 and 1967. The Harouns remained, considering themselves Egyptian first, according to Watani.

Haroun was predeceased by two daughters.

“The Jewish Community in Cairo (JCC) has regretfully lost Marcelle Haroun, one of its pillars who will be sorely missed,” read the statement announcing her death.