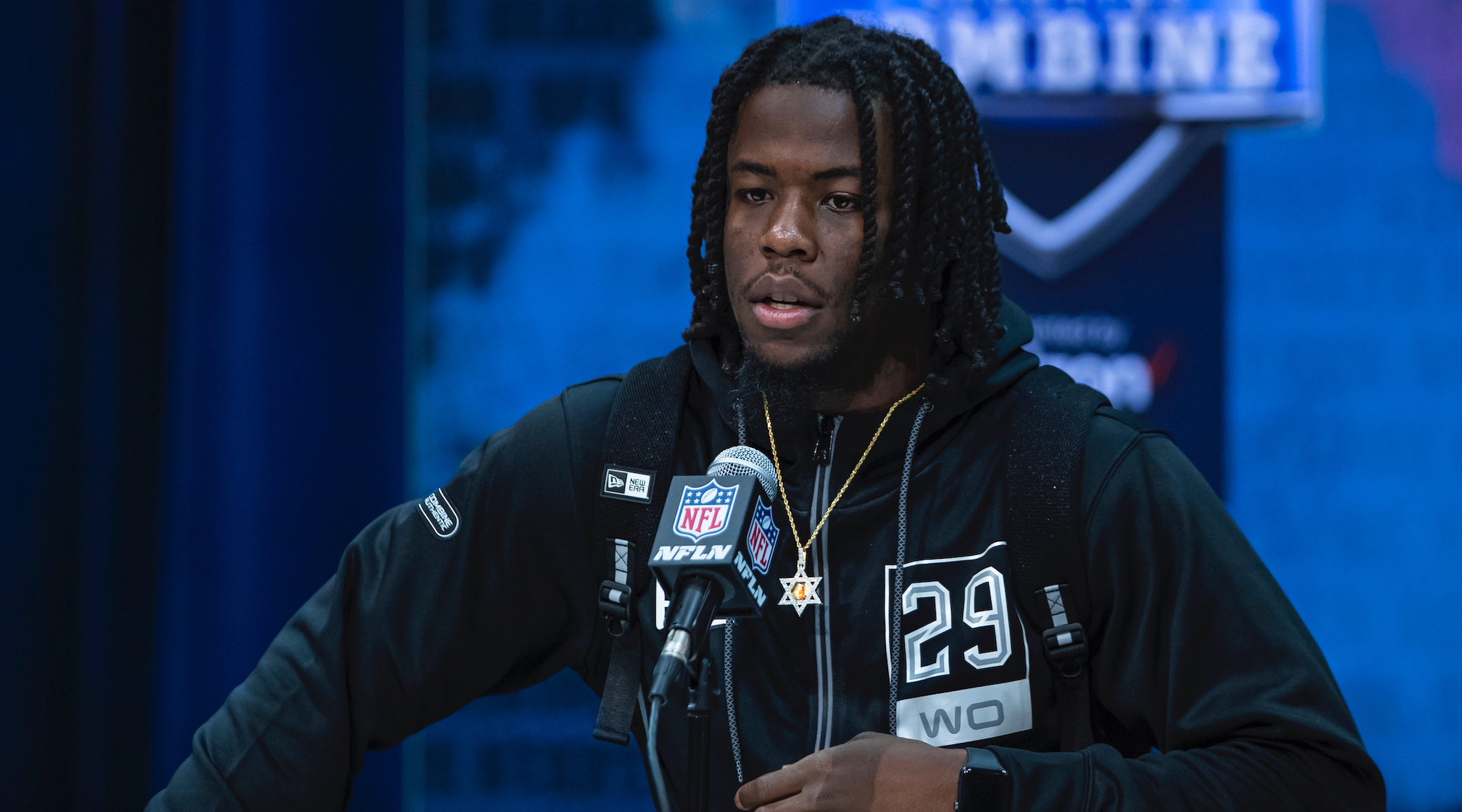 (JTA) — At the 2020 NFL Scouting Combine, top draft prospect Jerry Jeudy made headlines when he wore a Star of David necklace to his news conference.

Jeudy, 20, explained that he wore the necklace because “people sometimes call me Jeu,” pronounced like Jew. The University of Alabama All-American quickly apologized — tweeting “don’t mean no disrespect to the Jewish people!” — but no one seemed to take offense.

In a new Sports Illustrated cover profile, which touted Jeudy as “the best wide receiver in the 2020 NFL draft,” Jeudy opened up about the deeper meaning behind his necklace.

We take a closer look at the dynamic WR, from his introduction to football to his mastery of it at Alabama: https://t.co/2ZtsW5KuAJ pic.twitter.com/ZfsDrGl0Ll

“What everyone in Indianapolis failed to notice, though, was the girl whose picture occupied the symbol’s center,” SI’s Alex Prewitt wrote.

You see, Jeudy’s younger sister, Aaliyah, was born with severe health complications — doctors said she would not live past her third birthday. She died at 7, in hospice care, in November 2016.

“When I took care of her, I used to think, ‘When I get to the league, I’m finna find these doctors to help her learn how to talk, how to walk, stuff like that,’” Jeudy said. “God had other plans.”

So, at the center of the necklace, is a photo of Aalyiah.

The NFL Draft begins on April 23, and Jeudy is widely considered to be an early first round pick.