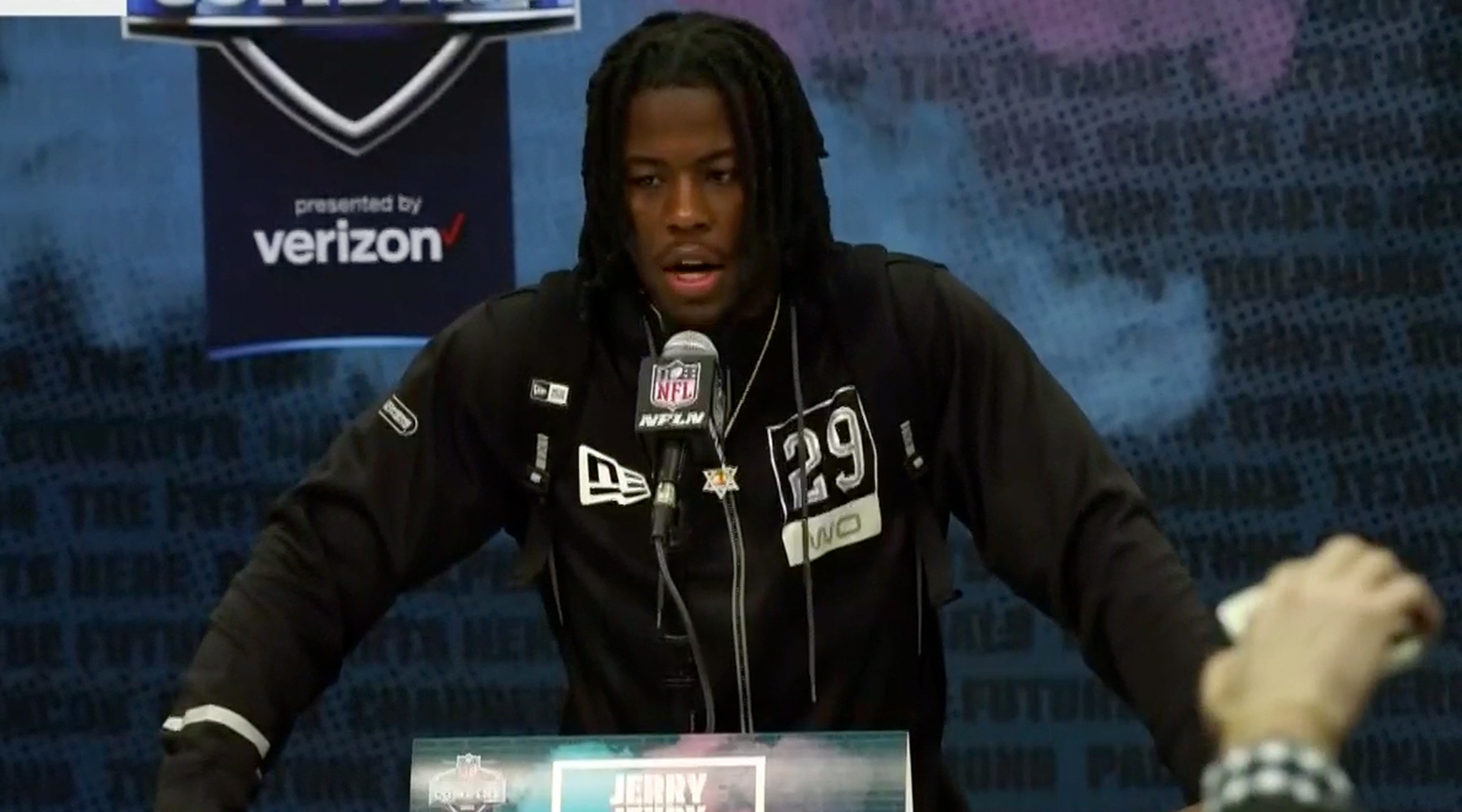 (JTA) — University of Alabama wide receiver Jerry Jeudy, a top NFL prospect, wore an interesting accessory to a news conference at the league’s scouting combine: a Star of David necklace.

Jeudy, 20, told reporters that he was wearing the Jewish star because his last name is Jeudy and “people sometimes call me Jeu,” pronounced like Jew, for short. But, he clarified, “I’m not Jewish though.” (There are only a few Jewish football players in the NFL, notably Julian Edelman, a top wide receiver for the New England Patriots, and Mitchell Schwartz, a Pro Bowl lineman for the Super Bowl champion Kansas City Chiefs.)

The first-team All-American, who is forgoing his senior year at Alabama to enter the pro draft in April, later tweeted an apology to anyone who found his necklace offensive:

Don’t mean no disrespect to the Jewish people! I’m sorry to the people who take my chain offensive!!

Twitter did not seem to be offended; rather they loved his explanation. Many began joking about Jeudy’s affinity for the Jewish people:

This HAS to be Jerry Jeudy’s 1st NFL TD celebration, right?? 🤣 pic.twitter.com/uxlidw92ys

Plus, this is not Jeudy’s first time wearing the necklace. He’s worn it in previous Instagram posts:

At the weeklong combine in Indianapolis, prospective NFL players show off their skills to scouts and executives from the 32 NFL teams with an eye toward being drafted.