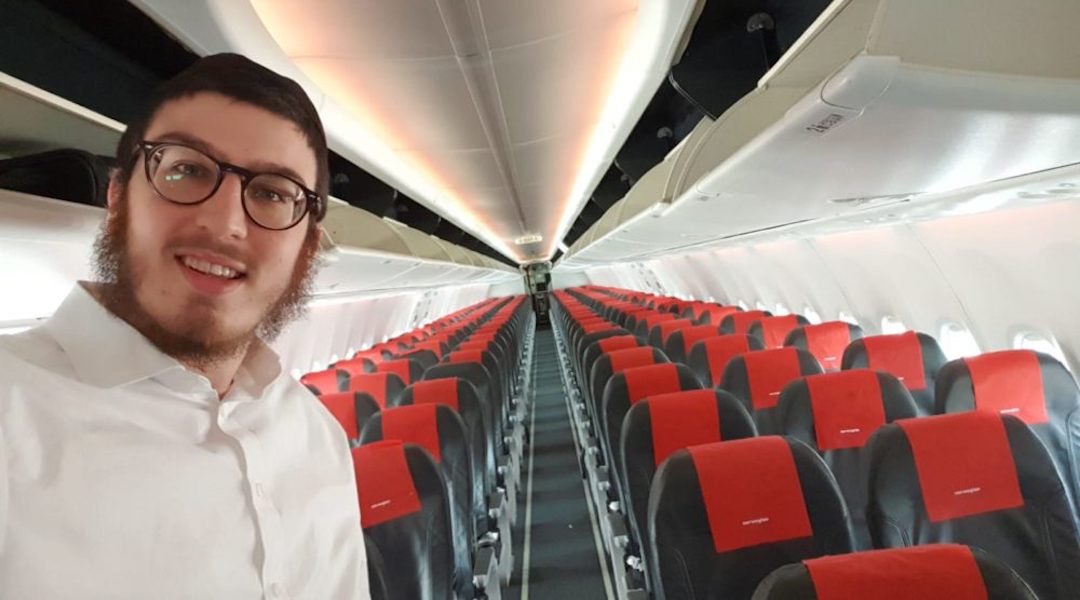 (JTA) — On Monday, Israel’s El Al Airlines canceled the flight that an Argentine named Ilan was planning to take from Tel Aviv to Barcelona. So he looked for another one.

Ilan waited on board the plane for other passengers to arrive — but no one did. He was the sole flyer, and he documented the moment.

The story was first reported by Semanario Aurora in Israel.

The flight, which lands in Barcelona’s El Prat Airport, is still an option for travelers looking to leave Israel for Spain.