3 of the 4 congresswoman in ‘The Squad’ endorse Bernie Sanders 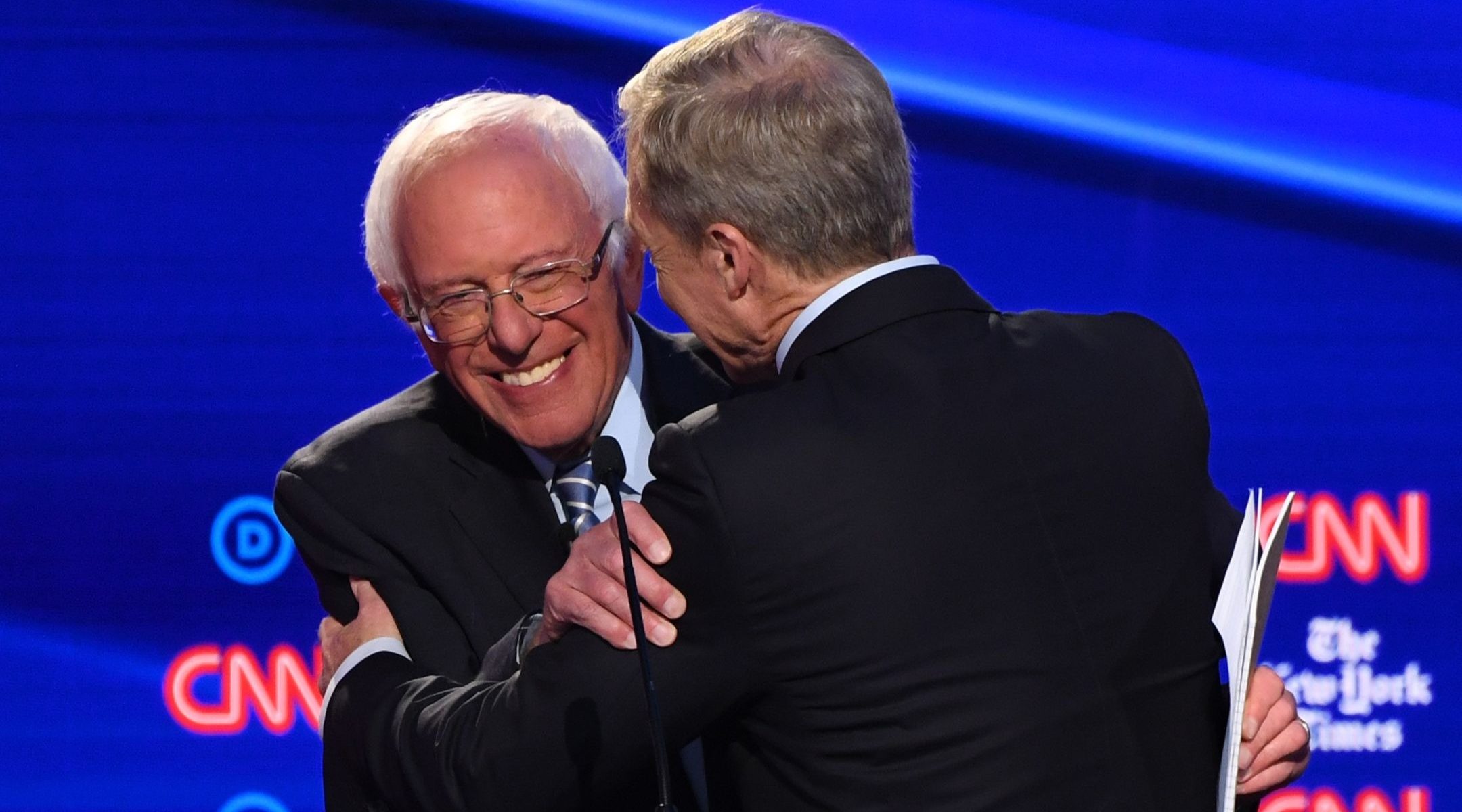 WESTERVILLE, Ohio (JTA) — Three of the four members of “The Squad,” the grouping of progressive Democratic freshmen who have stirred excitement in their party with their ideas as well as controversy with their remarks, are set to endorse Bernie Sanders for president.

The Vermont senator, the first Jewish candidate to win presidential nominating contests when he ran in 2016, hinted at the announcement in the debate Tuesday night at Otterbein University in this suburb of Columbus.

Sanders, 78, was asked by the CNN/New York Times moderators how he would reassure voters that he was up to a run after surviving a recent heart attack.

“Let me invite you all to a major rally we’re having in Queens, New York,” he said. “We’re going to have a special guest at that event. And we are going to be mounting a vigorous campaign all over this country. That is how I think I can reassure the American people.”

Before the debate was through, news outlets broke the news that the “special guest” at the event Saturday would be Rep. Alexandria Ocasio-Cortez of New York, one of the lawmakers in “The Squad.”

Within minutes, another Squad member, Ilhan Omar of Minnesota, announced her endorsement. Rashida Tlaib of Michigan also was said to be set to announce her support for Sanders.

In her announcement, Omar hinted that Sanders’ tough criticism of Israel drew her to his candidacy. Sanders “truly prioritize human rights in our foreign policy – no matter who violates them,” she said.

Some Democrats and Republicans also have accused Omar and Tlaib of crossing the line into anti-Semitism. President Donald Trump has said the Democratic Party is anti-Semitic because of their influence.

Not announcing was the fourth Squad member, Ayanna Pressley of Massachusetts, who is the closest of the four to the pro-Israel community. Pressley hails from the same state as Sen. Elizabeth Warren, who recently surpassed Sanders in the polls, threatening to steal from him the mantle of leading progressive among the candidates.