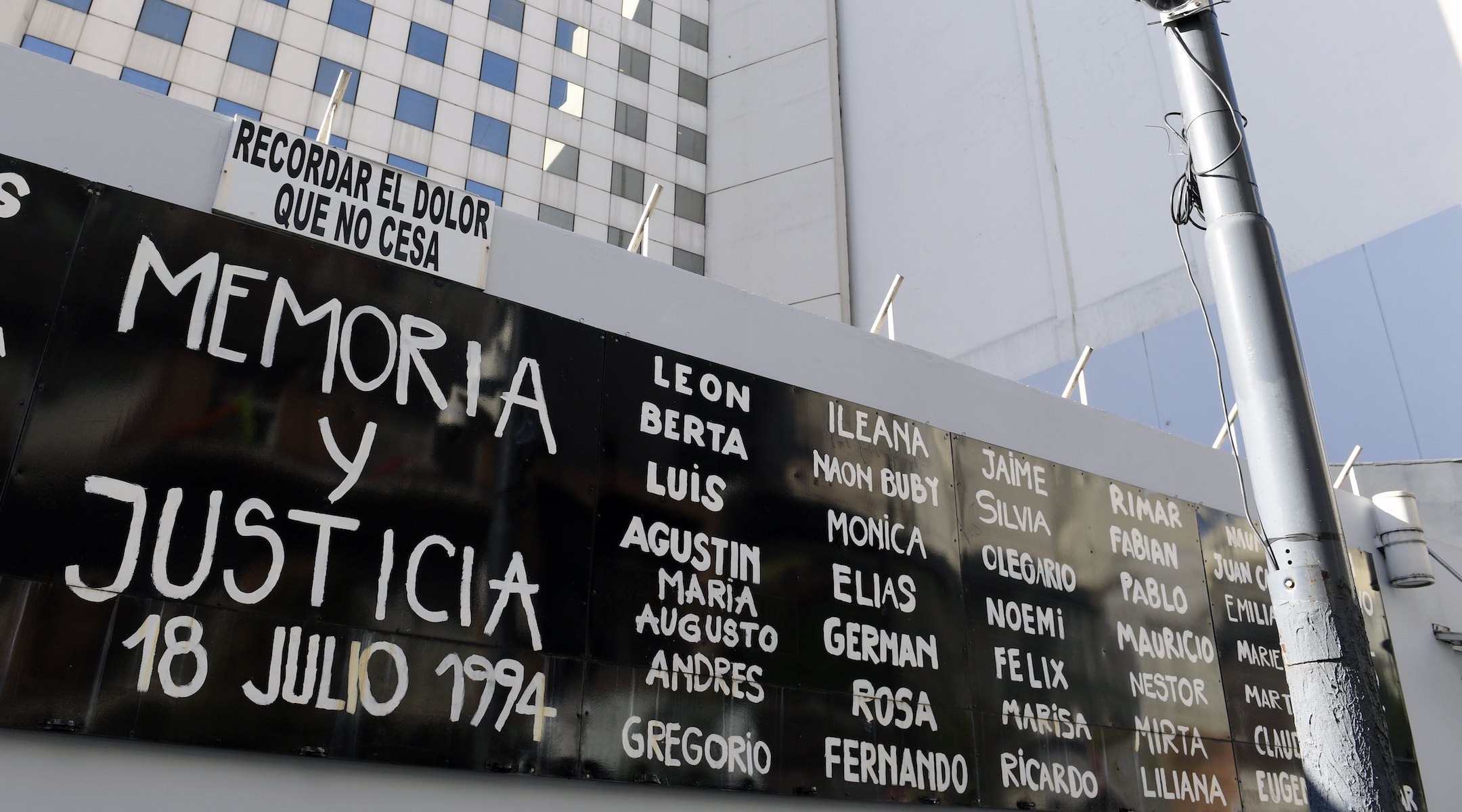 A view of the AMIA Jewish community center building at the 23rd anniversary commemoration of the terrorist bombing attack that killed 85 people and injured 300 in Buenos Aires, July 18, 2017. ((Juan Mabromata/AFP/Getty Images)
Advertisement

WASHINGTON (JTA) — The Trump administration is offering up to $7 million for information leading to the arrest of a Hezbollah operative believed to have helped engineer the mass killing at a Buenos Aires Jewish community center 25 years ago.

The reward offer posted Friday by the State Department was timed to mark the anniversary of the July 18, 1994 bombing of AMIA, which killed 85 people and wounded more than 300.

It identifies Salman Raouf Salman, also known as Samuel Salman El Reda, as a “key leader” of the Lebanese Hezbollah terrorist militia. El Reda is also one of nine suspects in the AMIA bombing still subject to an Interpol red notice, or warrant. The other eight are Iranians.

Argentina and the United States convened a ministerial summit on terrorism this week to mark the AMIA bombing, and both have expressed frustration that the nine suspects are still free to travel, despite the Interpol warrants. A massive reward would inhibit the freedoms a suspect like El Reda now enjoys.

Israeli intelligence has identified Al Reda, a dual Colombian-Lebanese citizen, as the on-the-ground coordinator of the attack, according to Matthew Levitt, the director of the Stein Program on Counterterrorism and Intelligence at The Washington Institute for Near East Policy.