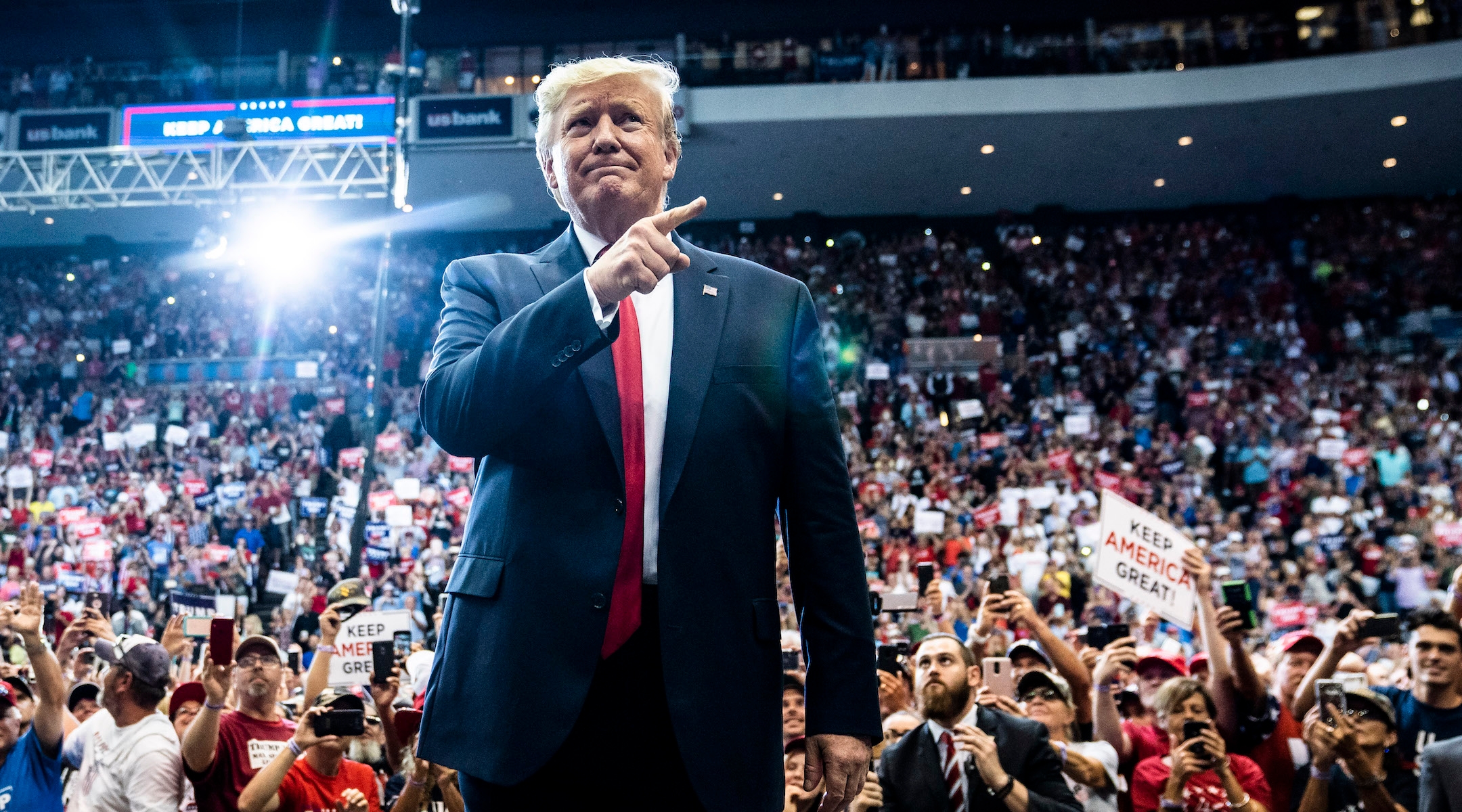 (JTA) — Israel’s Washington envoy, Ron Dermer, said last month that the country would not deny entry to any member of Congress. The statement appeared to put to rest speculation that Israel might block Reps. Rashida Tlaib and Ilhan Omar from visiting Israel this month.

Then last week Axios reported that President Donald Trump told advisers he thought Israel should ban Tlaib, a Palestinian American, and Omar, who was born in Somalia, from entering the country under its anti-boycott law. Both freshman lawmakers support the Boycott, Divestment and Sanctions movement targeting Israel.

Congressional leaders of both parties appeared to dismiss the report, even arguing that it would be a good thing for the two congresswomen to visit the country if they kept an open mind.

But as word broke Thursday that Israel was now seriously contemplating a ban, Trump took to Twitter to make clear that he wanted the duo barred.

“It would show great weakness if Israel allowed Rep. Omar and Rep.Tlaib to visit,” Trump wrote in a tweet. “They hate Israel & all Jewish people, & there is nothing that can be said or done to change their minds. Minnesota and Michigan will have a hard time putting them back in office. They are a disgrace!”

The statement came shortly after a Washington Post report that Prime Minister Benjamin Netanyahu was weighing banning the two Muslim congresswomen. Under Israeli law, BDS supporters can be prevented from entering the country.

Tlaib, D-Mich., and Omar, D-Minn., are outspoken critics of Israel and have been criticized for relying on anti-Semitic tropes in their criticism. They also are vehement critics of the president.

Trump has repeatedly attacked the two congresswomen, invoking rhetoric widely described as racist and accusing them of hating Israel and America.

Trump and Netanyahu have praised each other lavishly since the Republican took office.