Trump pardons Michael Flynn, whose lies to FBI included one about Israel 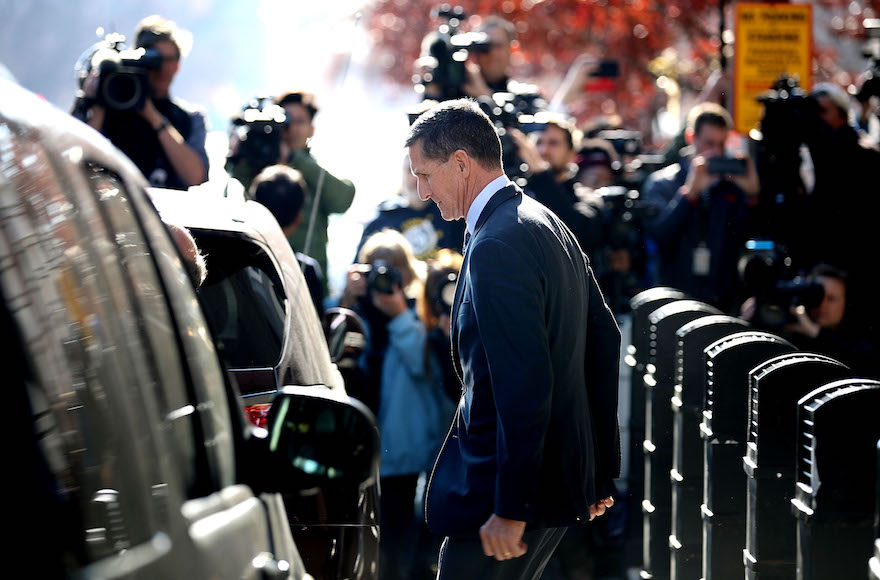 WASHINGTON (JTA) — President Donald Trump pardoned Michael Flynn, his first national security adviser, who pleaded guilty to lying to the FBI, including about a conversation he had with a Russian diplomat about Israel.

“It is my Great Honor to announce that General Michael T. Flynn has been granted a Full Pardon,” Trump said Wednesday on Twitter. “Congratulations to @GenFlynn and his wonderful family, I know you will now have a truly fantastic Thanksgiving!”

Trump, whose pardons have mostly been for friends and supporters — including at least one, Roger Stone, implicated in wrongdoing during the 2016 election — is believed to be planning a slew of pardons of associates before he leaves office in January, when Joe Biden becomes president.

In a January 2017 interview with FBI agents after he had become national security adviser, Flynn lied about asking Kislyak for reassurances that Russia would not retaliate for sanctions that Obama had imposed for Russian interference in the U.S. elections, and about his request that Russia delay a United Nations Security Council vote on a resolution that would condemn Israel for its settlement activity.

A number of liberal groups had sought to block Flynn’s hiring, noting the retired general’s past bigoted statements about Muslims. During the 2016 campaign, Flynn had retweeted a claim that blamed Jews for the leak of material embarrassing to Democrats. He later apologized.