Trump peace envoy: Palestinians do not have a ‘right’ to a Jerusalem capital 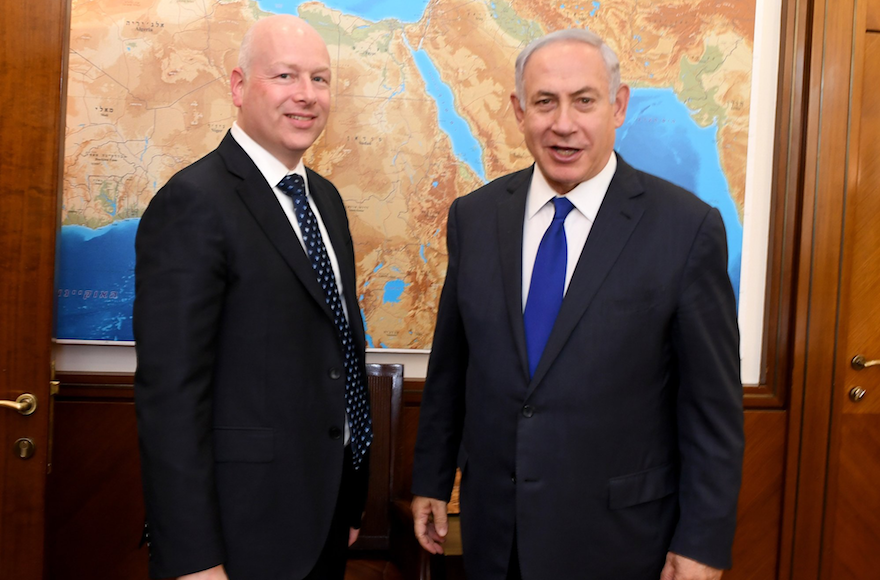 WASHINGTON (JTA) — Palestinians may aspire to a capital in Jerusalem, but do not have a right to one, President Donald Trump’s top Middle East peace envoy said.

Jason Greenblatt on Tuesday was previewing the political segment of a long-awaited peace plan.

“It is true that the PLO and the Palestinian Authority continue to assert that East Jerusalem must be a capital for the Palestinians,” Greenblatt said at a U.N. Security Council meeting on Middle East peace. “But let’s remember, an aspiration is not a right.”

Greenblatt cautioned the diplomats that his statement should not be considered a preview of what’s is in the plan.

“I am making a statement of fact,” he said. “Aspirations belong at the negotiating table. And only direct negotiations between Israel and the Palestinians can resolve the issue of Jerusalem, if it can be resolved.”

Nonetheless, Greenblatt’s comment is likely to further alienate Palestinian negotiators, who abandoned the process in 2017 when Trump recognized Jerusalem as Israel’s capital. Palestinians see a capital in eastern Jerusalem as a non-negotiable component of any peace plan.

Greenblatt said that Trump had not yet decided when to release the political component of the plan. He called for actors in the region to create the conditions conducive to peace talks.

“This is a time for us to speak to each other candidly, not in stale slogans and talking points,” Greenblatt said.