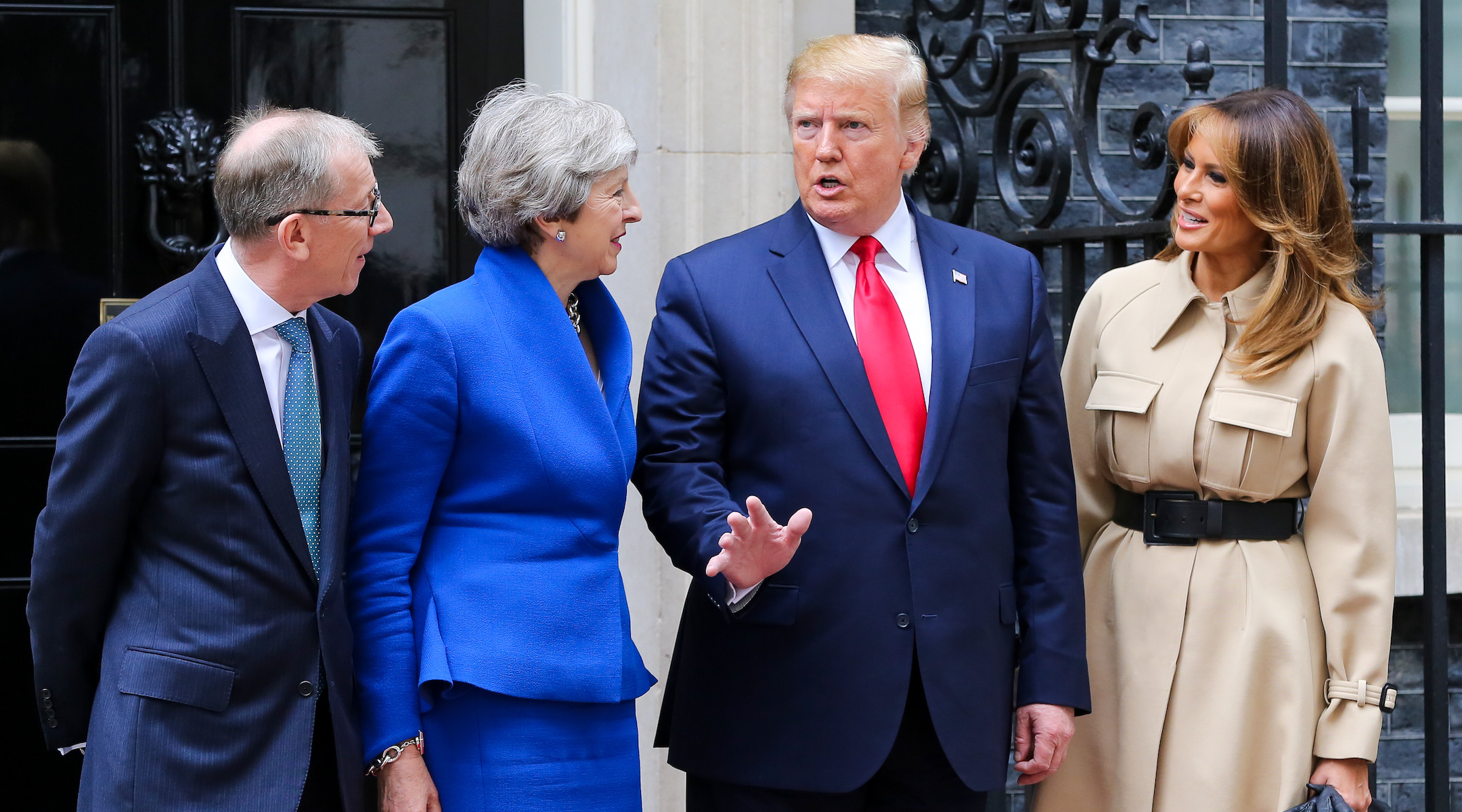 “He wanted to meet today or tomorrow, and I decided that I would not do that,” Trump said during a news conference with Prime Minister Theresa May.

Trump said he has never spoken to Corbyn, who heads the British Labour Party, and said that “I think that he is, from where I come from, somewhat of a negative force. I think people should look to do things correctly rather than criticize.”

Corbyn on Monday declined to attend a dinner hosted Monday night by the Queen in Trump’s honor. Instead, he spoke at a protest rally against Trump in Westminster, where he declared himself “very disappointed” by Trump’s attack on London Mayor Sadiq Khan, who Trump called a “stone cold loser.”  He also said: “I am absolutely not refusing to meet anybody. I want to be able to have that dialogue to bring about that better, more peaceful world that we all want to live in.”

The Labour leadership confirmed to the BBC that they had sought a meeting with Trump during his three-day visit to the United Kingdom. They said Corbyn remained “ready to engage with the president on a range of issues, including the climate emergency, threats to peace and the refugee crisis.”

Corbyn and Labour Party members have been accused of tolerating anti-Semitism in the party’s ranks, even encouraging it with anti-Israel and what some have deemed anti-Semitic rhetoric.

At Bar Ilan University in central Israel on Monday night former British Prime Minister Tony Blair was asked whether he thinks Corbyn is anti-Semitic. “Some of the remarks are not explicable in any other way,” said Blair, adding that, even though “he doesn’t think he is at all.”