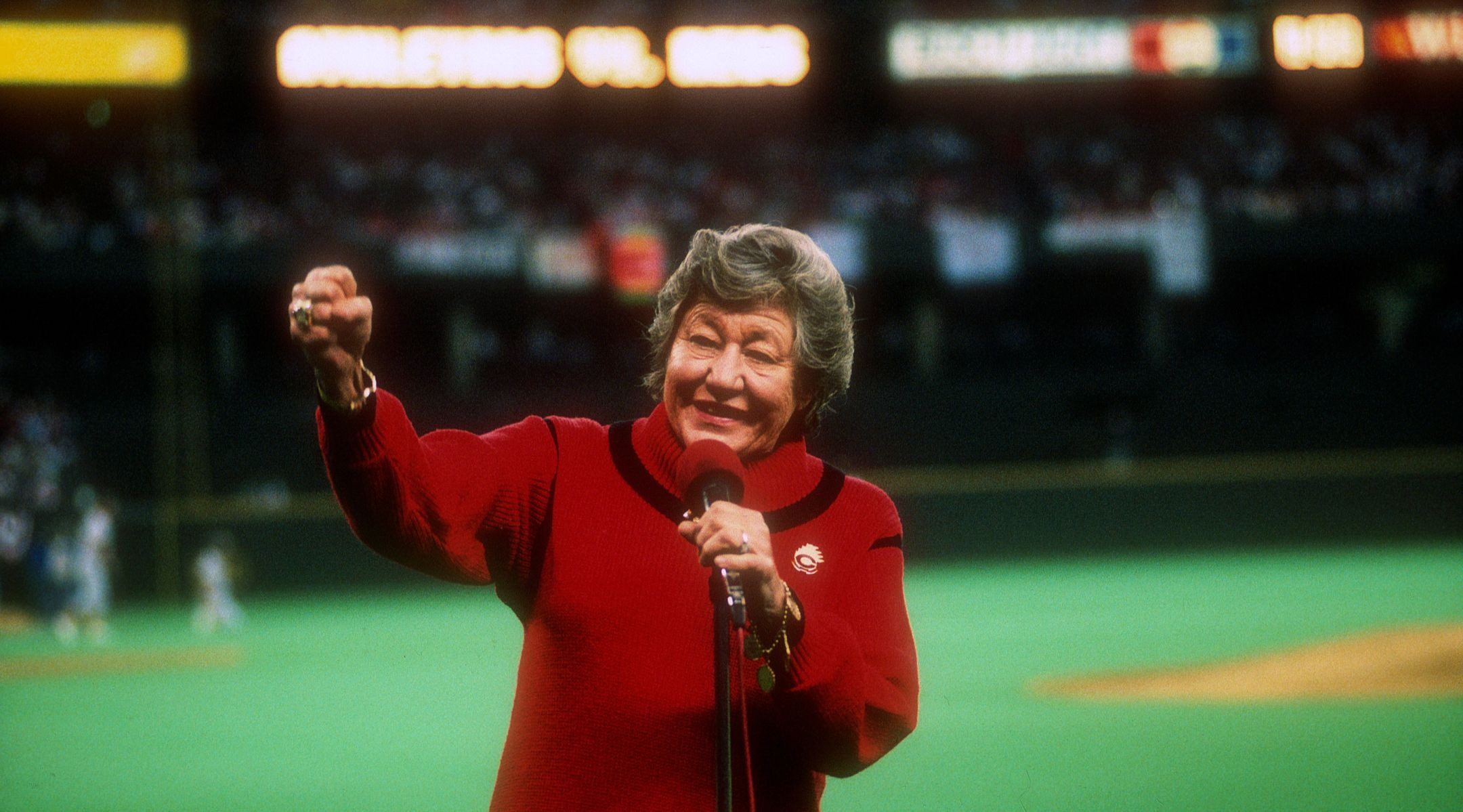 Then-Cincinnati Reds owner Marge Schott speaks to the fans prior to the start of Game 1 of the 1990 World Series between the Reds and Oakland Athletics at Riverfront Stadium, Oct. 16, 1990. (Focus on Sport/Getty Images))
Advertisement

(JTA) — The University of Cincinnati will remove Marge Schott’s name from its baseball stadium because of the late Cincinnati Reds owner’s racism and anti-Semitism.

The university’s Board of Trustees voted Monday to remove Schott’s name from the stadium and from a space in the in the archives library, effective immediately, acting on a recommendation by the university’s president, Neville Pinto, the university said in a statement.

“Marge Schott’s record of racism and bigotry stands at stark odds with our University’s core commitment to dignity, equity and inclusion,” Pinto said.

He added: “I hope this action serves as an enduring reminder that we cannot remain silent or indifferent when it comes to prejudice, hate or inequity. More than ever, our world needs us to convert our values into real and lasting action.”

Former Major League Baseball star Kevin Youkilis, who is Jewish, joined fellow university alumni in calling on the school to change the name. Over 10,000 people signed an online petition drive in early June by an alumnus and former student-athlete, Jordan Ramey.

Schott, who owned the Reds from 1984 to 1999, was banned from managing the team in 1996 after she spoke admiringly of Adolf Hitler, saying that he “was good in the beginning, but went too far.” She also referred to two black Boston Red Sox outfielders with the N-word.

The baseball stadium was named for Schott in 2006, two years after her death at age 75, following a $2 million donation to the university’s Athletics Varsity Village project by the Marge and Charles Schott Foundation.