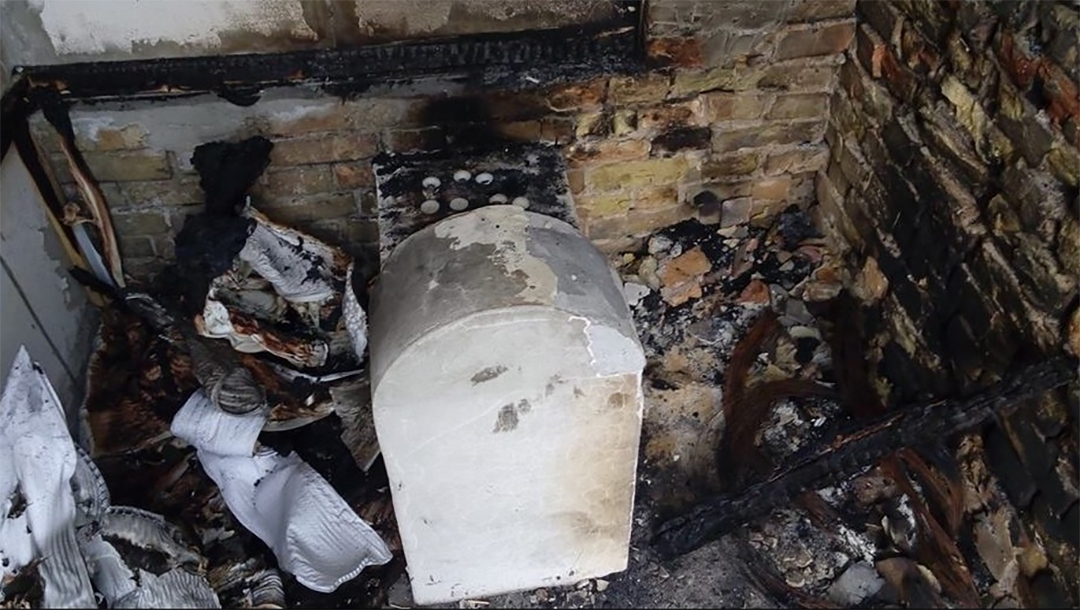 The grave of a daughter of Rabbi Nachman of Breslov was torched in Kremenchuk, Ukraine, in 2015. (Oholei Tzadikim)
Advertisement

(JTA) — The grave of a daughter of the Breslover movement’s founder, Rabbi Nachman, was razed and desecrated with pig heads.

In unrelated incidents this week, a grave at a Jewish cemetery in Greece and a monument for Holocaust victims in Moldova also were vandalized.

In Ukraine, the desecration this week of Sarah’s grave in Kremenchuk is the fifth such act since 2013 and the most serious, Jewish.ru reported. In 2015, the grave from 1831 in the central Ukraine city was set ablaze and defaced with swastikas.

But the latest incident resulted in the destruction of the above-ground parts of the gravesite, the report said. The perpetrators, who have not been identified, placed several severed heads of pig carcasses atop the tombstone that they had razed.

The area of the gravesite of Rabbi Nachman’s daughter was designated in recent years to become a construction site, but the Oholei Tzdikim association, which preserves Jewish heritage sites, helped prevent the project.

Rabbi Nachman’s teachings have inspired hundreds of thousands of followers worldwide. His grave in the Ukrainian city of Uman is among the Hasidic world’s most visited burial sites.

In Moldova, a southern neighbor of Ukraine, the names of the Holocaust victims listed on the monument in Cosauti were crossed out.

In Greece, a grave in Ioannina was opened and damaged. There were no hateful messages, epiruspost reported.