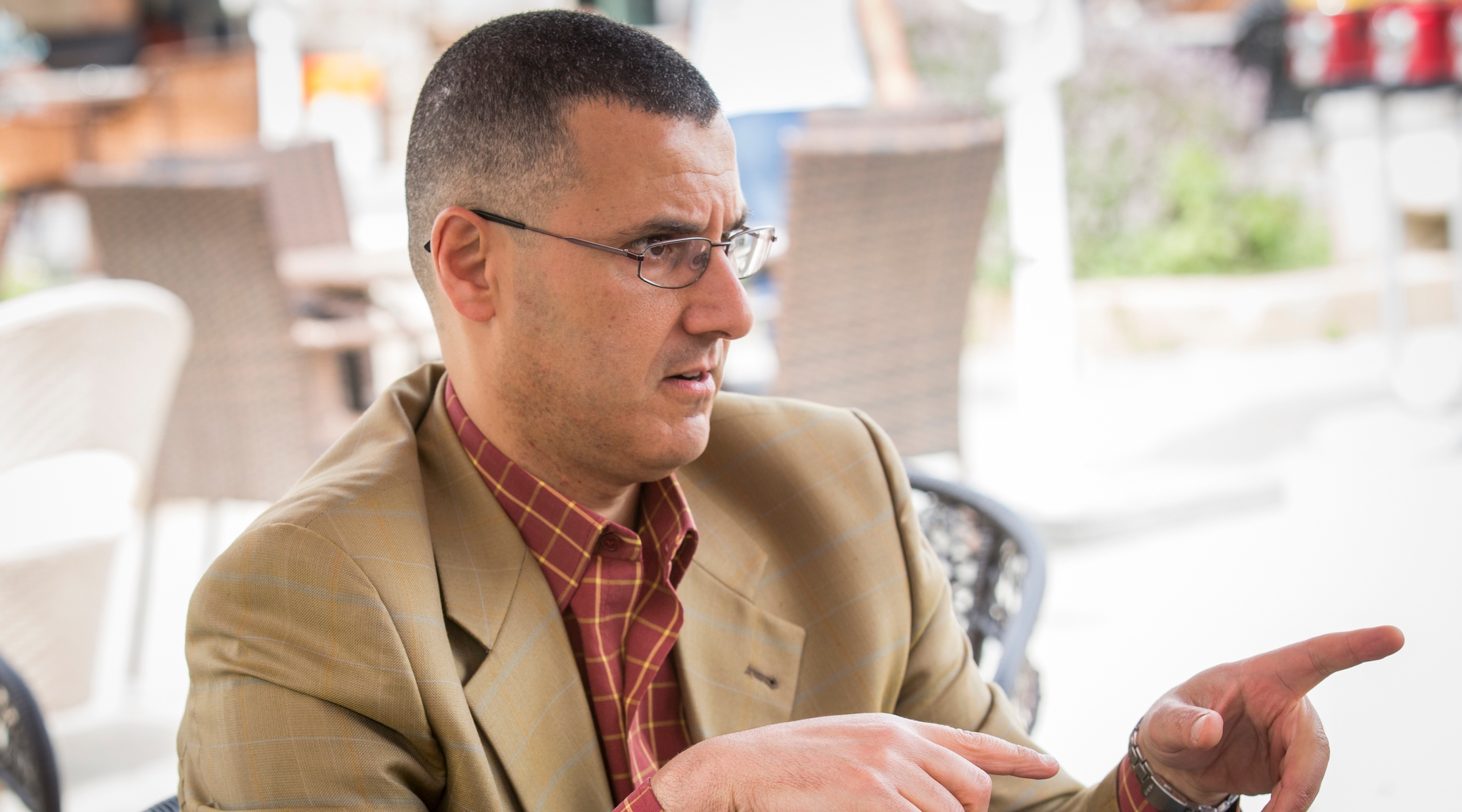 Omar Barghouti speaks to artists at the 2014 Palestine Festival of Literature about the Boycott, Divestment and Sanctions (BDS) campaign in Acre, Israel, June 3, 2014. He is one of the co-founders of the movement. (Rob Stothard/Getty Images)
Advertisement

(JTA) — The co-founder of the Boycott, Divestment and Sanctions movement against Israel, Omar Barghouti, will not be able to speak in person at an event at the United Kingdom Labour Party’s annual conference after his visa request was delayed.

The Palestine Solidarity Campaign, which is hosting the event on the sidelines of the conference, called the delay in issuing the visa “unexplained” and “abnormal.”

The conference began on Saturday and is scheduled to run through Wednesday in Brighton.

“The unprecedented delay in processing Barghouti’s travel visa application by the British government is part and parcel of the growing efforts by Israel and its allies to suppress Palestinian voices and the movements for Palestinian rights,” the Palestine Solidarity Campaign said in a statement.

He will address the meeting via video, instead.

Barghouti was denied entrance to the United States in April, despite holding a valid visa. He had been scheduled to speak at a series of events hosted by the Arab American Institute in the Washington DC area and to attend the wedding of his daughter, who lives in the United States.