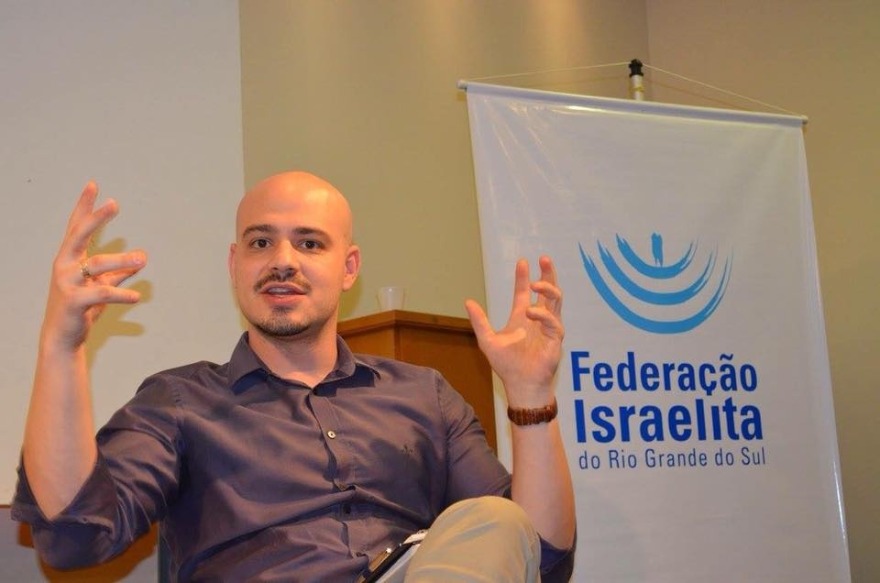 Andre Lajst during a lecture in Porto Alegre, Brazil, on Dec. 4, 2017. (Courtesy of the Rio Grande do Sul Jewish Federation)
Advertisement

RIO DE JANEIRO (JTA) — A Brazilian public university canceled a lecture about the Middle East peace process after what the moderator said were threats by a pro-Palestinian group.

The University of Pernambuco called off the lecture by Jewish political scientist Andre Lajst hours before it was scheduled to take place at its campus on Thursday afternoon in Recife, the Folha de S.Paulo newspaper reported.

“I had to cancel the event for security reasons. Since 8 a.m. the Pro Palestine Muslim Association of Recife called me and threatened myself, the speaker and the university in a tough and harsh way,” said a statement addressed to university staff from Karl Schurster, a history professor and the event moderator.

On Tuesday, the pro-Palestinian group released a statement calling for a boycott, objecting that the program lacked a Palestinian speaker. Lajst answered with a public post and video on social media.

“While they preach boycott and academic censorship, we make room for them and invite: appoint a representative to discuss with me in a peaceful, democratic and respectful dialogue,” said Lajst, who heads the Brazilian branch of StandWithUs, a pro-Israel group.

Lajst lamented the university’s decision to cancel the event.

“We did the opposite that Palestinian organizations in Brazil normally do: We opened our event to an entity with opposing visions to ours,” Lajst told the Jewish Telegraphic Agency. “Unlike private universities, public institutions place a wall of resistance out of either ignorance … or anti-Semitism, or Judeophobia translated as prejudice against Israel.”