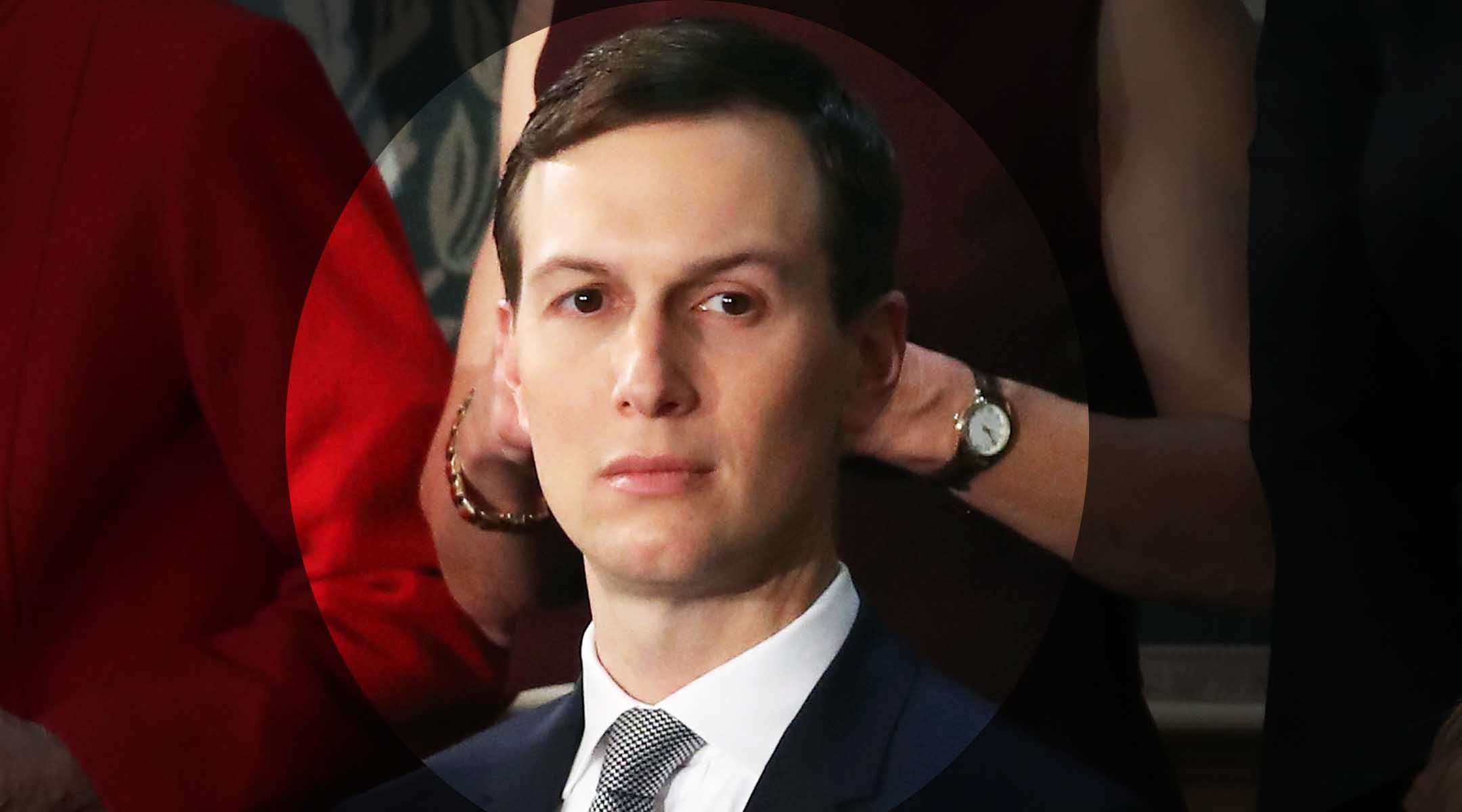 Jared Kushner at the State of the Union address, Feb. 4, 2020. (Getty Images)
Advertisement

(JTA) — Earlier this month, after Bernie Sanders dropped out of the presidential race, we made a list of 10 others who could one day become the nation’s first Jewish president. But according to a new report in Vanity Fair, Jared Kushner has already beat them all to it.

The article, full of anonymous insider accounts about President Donald Trump’s response to the coronavirus pandemic, paints a picture of Kushner as Trump’s go-to deputy on every big issue — the pandemic included. According to the story, Kushner warned his father-in-law against taking steps that could chill the stock market, and even after Vice President Mike Pence was named the head of the coronavirus task force, Kushner formed his own team to tackle the disease’s spread.

The article also sheds light on how Kushner is squaring the pandemic with his Jewish observance.

“Kushner quickly assembled a shadow network of coronavirus advisers that became more powerful than Pence’s official team,” Sherman wrote. “He even worked on Shabbat, a source who spoke with him on a Saturday said. (A person close to Kushner says working on Shabbat is accepted for Orthodox Jews if it’s ‘to save someone’s life.’)”